Jurassic World’s third movie is already under works and we’re more than excited for what the upcoming installment of the franchise has to offer. The first two movies have been decent but haven’t quite lived up to the hype, if you ask me. We expect the next one to be better than what we’ve seen already, so hopefully, we won’t be disappointed. As for those of you who are already excited for the third Jurassic World movie, we have some good news for you. Let’s get into it right away, shall we? 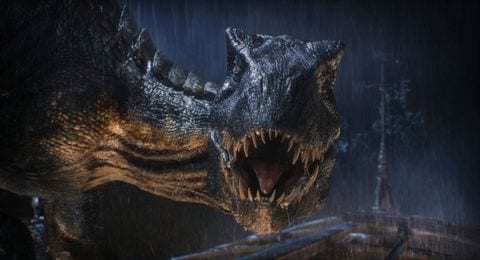 Jurassic World 3: All We Know

Before we begin, please note this post may contain official spoilers from the next movie of the Jurassic World series. If being spoiled is not for you, I suggest that you stop reading the post here. However, if spoilers don’t bother you, we can get started. Also, note that we did not create the spoilers or leaked them. They’re available all over the internet.

First and foremost, we know that Laura Dern, Sam Neill, and Jeff Goldblum, are set to return to their roles for the third Jurassic World movie. This news came directly from the director of the film, and it has definitely raised the expectations of all the fans.

As you may know already, they’ve not been a part of the first two Jurassic World movies, but that is set to change now. Maybe that’s the spark that Jurassic World needed, after all. We think this step taken by the director is definitely going to pay off, and because of this, we believe that the upcoming Jurassic World movie will surpass the rest.

Jurassic World 3 is due to be released on June 11th, 2021. There’s a lot of waiting that we have to go through, but with the new lineup of former stars, we expect the movie to revamp the Jurassic World series to the core.

Are you excited about Jurassic World 3? Let us know your thoughts in the comments section below!