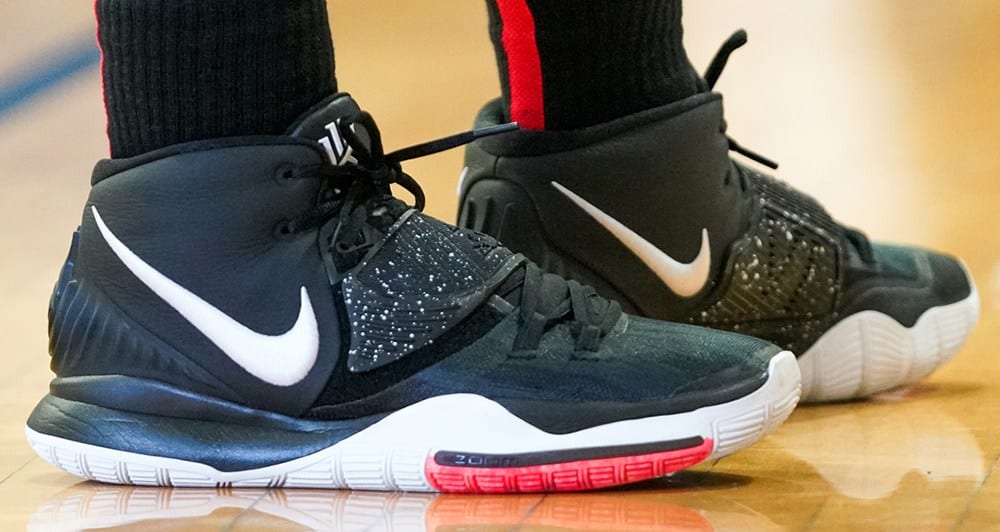 There’s so much happening in the sneaker world, it’s a tough market out there, of course.  its official introduction. Kyrie 5 was a mega-seller, due to its a varied crop of collaborators.

The upcoming “Grand Purple” Nike Kyrie 6, is deep purple in color. But what stands out is the material- suede upper, with a tonal version of Kyrie Irving’s All Seeing Eye logo that can be spotted just below the collar. There’s a threaded Swoosh branding that exists behind, that contrasts in white. The heel counter is a beautiful pink in color, and then all of this is topped by additional logo hits that are just head the heel and insoles. On a cursory look, Kyrie 6 boots look similar to Kyrie 5.

For now, Nike hasn’t officially made a detailed announcement on the Kyrie 6 or given any release information. Our source- Slovene retailer GrosBasket has said that Kyrie 6 would drop on Nov. 30, 2019. Which is quite believable since one would assume the Nike Kyrie 6 would be out this coming fall/winter, due to the upcoming 2019-20 NBA season.

From TV sensations like for example SpongeBob Squarepants, the Central Perk gang to in Rokit and Bandu, Kyrie seems to agree with just everyone. Nike and designer Ben Nethongkome are all geared up to launch the Kyrie 6 later in December. We’ll keep you updated on new developments in the coming months.