The K-pop idols that we know today happen to have started training at a very young age, irrespective of gender. While some K-pop idols have to undergo a lot of training before they get a chance to debut, some of them debut within just a few years or months of training. Recently, Korean pop culture has gained so much attention, that young girls and boys, both within Korea and from other East Asian countries, are willing to give up their entire childhood in order to follow their passion of becoming a K-pop idol.

One of such passionate K-pop idols includes Taemin from the boy group SHINee. He debuted at an age of fourteen and now he’s one of the most known idols. Even BTS’s Jungkook, TWICE’s Tzuyu and Korea’s little sister, IU, all of them entered in the music industry at an age of fifteen. See how powerful they are going now? Here is a list of twelve female K-pop idols who are currently the youngest ones in the industry, working hard trying to fulfil their dreams. Some of them are so young that they have made their debut this very year itself.

After finishing Mnet’s girl group survival show, Produce 48 at number one, Wonyoung made her debut with Iz*One in 2018 as the band’s centre, lead rapper, dancer and vocalist. She has been trained for about a year and two months to specialize in girl’s hip hop. After the disbandment of her group in April, 2021, she has started training under Starship Entertainment. She is going to host Asia Artist Award for this year on December 2, 2021 along with Leeteuk.

Songyee can rap as well as sing and is a great fan of ‘Girls’ Generation’. She wanted to be a K-pop idol because of her love for Taeyeon. The maknae of the girl group woo!ah!, Songyee debuted in the year 2020 but left the group a few months after because of undeclared reasons. She is fluent in speaking English, Korean and Chinese and enjoys watching TV dramas. She considers (G)I-DLE’s Soyeon and Hyuna as her role models.

May is the youngest member of the girl group, Cherry Bullet but is the tallest among all of them. With a babyface and the adorable personality that she has, she is known as a giant baby. At such a young age, she is already trained to dance, sing and play the piano. A great admirer of MOMOLAND, May is currently a contestant in MNet’s survival show, Girls Planet 999. She is capable of doing rhythmic gymnastics but hates exercising.

Along with Minjung and Yeseo, other members of Busters, Chaeyeon was a part of the kids’ girl group, CutieL and worked as a child actress for many dramas, movies and CFs. Her position in the group was of the main rapper and vocalist before she left the group in July, 2020 to focus on a different field. She was even a host on the kids’ show named, Tok! Tok! Boni Hani! along with JinKwon, a member of the group, NewKidd.

A former trainee of Monstergram, Heesun has also been a part of the K-pop groups, MyDoll Girls, CutieL and Pink Fantasy. She is skilled in singing and is close friends with Busters members. She has been practising Taekwondo ever since she was 6 years old and is skilled in jump rope as well. ‘The Moodmaker of Pink Fantasy,’ Heesun left the group in October, 2019 owing to her struggle against depression and anxiety but returned in December 2020.

Dahyun is the youngest member as well as the first one to be introduced in the k-pop group, Rocket Punch. She is skilled in dancing and singing and can speak Chinese, Korean and basic English. She is known for being very cute in her group although she doesn’t really like acting cute. She is a big fan of CNBLUE, 2NE1 and Heize and had auditioned with 2NE1‘s ‘Lonely’ for Woollim Entertainment. Dahyun is known to be a meticulous person with a soft heart though she is not yet good at expressing herself.

The lead rapper and the maknae of the K-pop group, WEEEKLY, Zia had trained for less than a year before debuting and is known for having the shortest training time among the other members. She is one of those idols who are immediately noticed for their attractive visuals and in her case, it’s her deer eyes and fairly-like ears. She loves to spend her time singing, dancing and watching dramas and looks up to IU for inspiration. 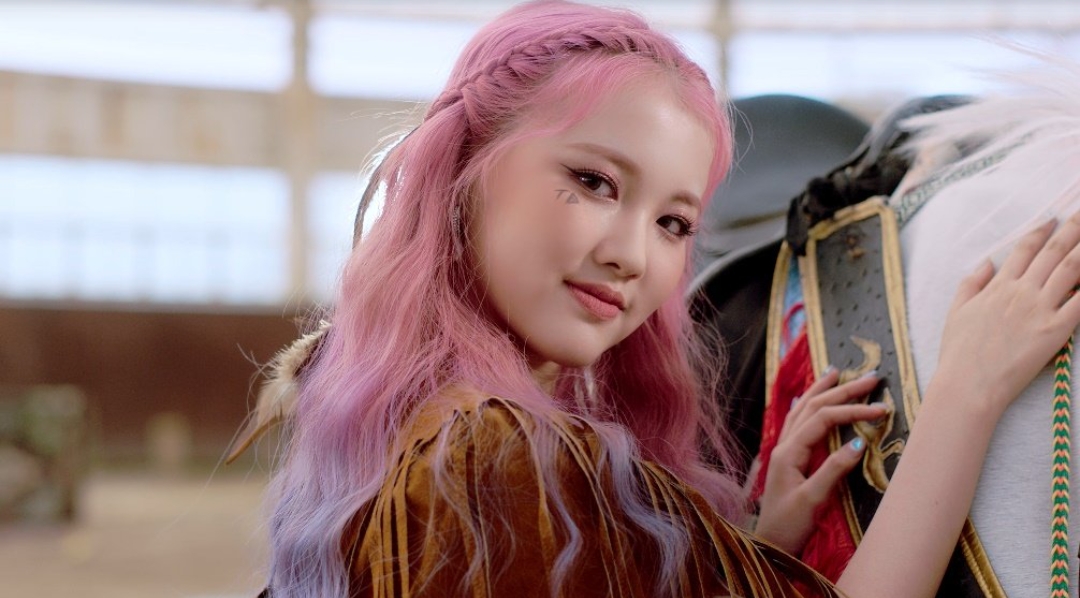 Born in Taipei, Taiwan, Jia is the third member to be revealed as a part of TRI.BE. After being a trainee for one year and six months, she debuted with the band as a sub-vocalist. She can speak both Chinese and Korean though she moved to Korea only in 2018. She has been a model in the past and is pretty good at playing the piano. Watching dramas and listening to music are some of the things she loves doing as a hobby.

Yeseo is an ex-member of the girl group, ‘CutieL’ and Busters and is currently a participant in MNet’s survival show named Girls Planet 999. Known for her great visuals, amazing dancing and singing skills for her age, Yeseo has been a part of several dramas like ‘Abyss’ and ‘Flower of vengeance’ and movies like ‘Miracle In Cell No. 7’ as a child actress. She works hard for her dreams and loves to draw, read webtoons and watch movies.

A talented and passionate girl, Soeun had trained for almost one and a half years before she made her debut in February 2021. She is the lead rapper and a sub-vocalist in the group. Along with Hyunbin, another member of the band, Soeun has been an MC for the June edition of the Monthly MUBEAT broadcast in 2020. Known as the “Happy Virus” of the group who loves to make people smile, Seoun’s favourite pass time is playing games and making fun of the maknae, Minji.

Mire is the second youngest female K-pop idol in the entire Korean music culture and the first one to be revealed as a member of TRI.BE. She had been a trainee for six months before she debuted with the band. She is mainly responsible for being the lead dancer and sub-vocalist in the group. Having learnt locking, pop and hip-hop at the tender age of eleven, she has participated in several dancing competitions. She moved to South Korea because of her passion for K-pop and looks up to the popular girl group, TWICE for inspiration.

Minji is, by far, the youngest female K-pop idol in the entire Korean music culture who had debuted with Busters in May, 2020 at an age of thirteen years and seven months. Even at such a young age, she is skilled in dancing, singing and rapping. She has also been a child actress in the past and has been a member of the K-Pop girl group Y.E.S with her sister Jieun. She has also been a part of the project units like My Doll Girls and Pink Fantasy.

Read: Most Popular K-Pop Survival Shows That Are Worth-Watching