New Call of Duty Modern Warfare leaks are here, and it is a big one. This information was on the Modern Warfare subreddit and was leaked by Call of Duty leaker Senescallo. In his post, he revealed that a battle royal map for the game that is massive in size. This battle royal mode will have 200 players in a single match on the massive map that you can see down below. Players will be able to play Solo, Duos with a friend or in a Squad of 4. There will also be a respawn system in this mode, but it is quite interesting and unique. 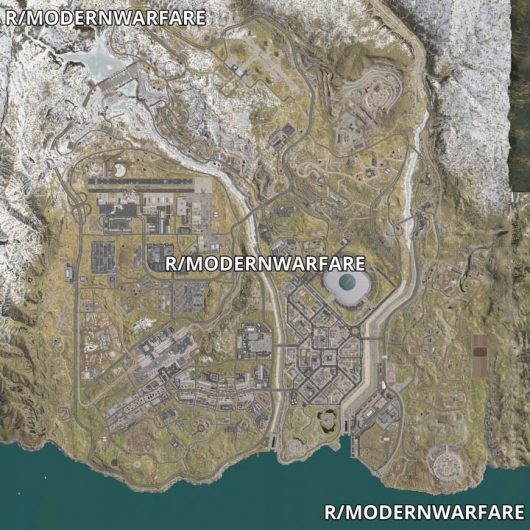 In this, you have to collect Respawn Tokens, and in order to respawn, you will have to drag their body to an Ambulance. There they will be into the Gulag queue, which is a one v one match system, the player that wins this will get respawned back into the game. But there are two things you have to keep mind, first is that at some point in the match, this respawn system will be closed and no longer usable and second that after you use it, they’re disabled for you.

After getting respawned, that player needs to find and activate a Mobile Armory in order to retrieve their loadout. Sometimes, jailbreak happens, which kicks all the players out of the Gulag. One more great thing is that you can place bets on the players who are fighting in the Gulag using Plunder. Plunder is an in-game currency that you can by completing missions and eliminating enemies. There will be five tiers of guns, which will be represented by White, Green, Blue, Purple, Gold. You won’t be able to hold two of the same weapon, and there are also perks in this game mode.

There are many more things that Senescallo has posted on the subreddit, which you can see right here. All of this hasn’t been confirmed by Activision right now, and it is unclear whether it will be a free mode or will require a DLC purchase.