The Promised Neverland Chapter 160 is what every fan of the series is waiting for and after last week’s intense chapter, nobody really knows what direction it is that we’re heading in. The previous chapter of the manga was extremely fun to read, and we expect the same from the upcoming one as well. But, when will the next chapter of the manga drop? Let’s discuss it in the this post, shall we? 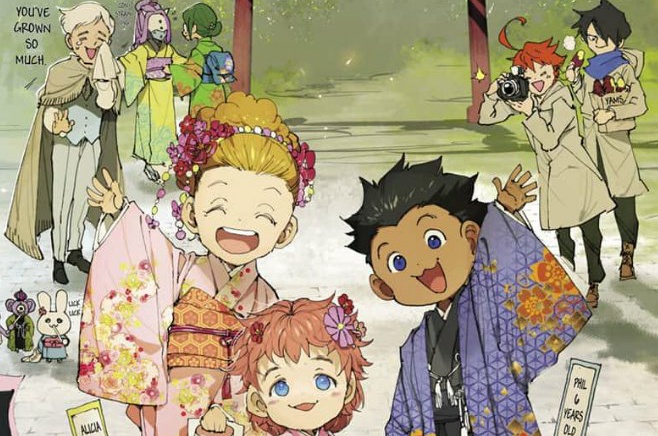 The Promised Neverland 160 Updates So Far

The Promised Neverland Chapter 159 dropped last week, and because of that, some fans assume that the next chapter of the manga will be out later this week. Unfortunately, that’s not quite correct. As seen often lately, The Promised Neverland Chapter 160 will arrive after a break which will be served this week. The manga will resume soon, on December 8, 2019, which will be in the issue #2 of Jump.

The scans for the chapter will be out a few days prior and should be expected to drop by December 5, 2019.

Are you excited about what’s coming up in The Promised Neverland Chapter 160? Let us know in the comments section below!