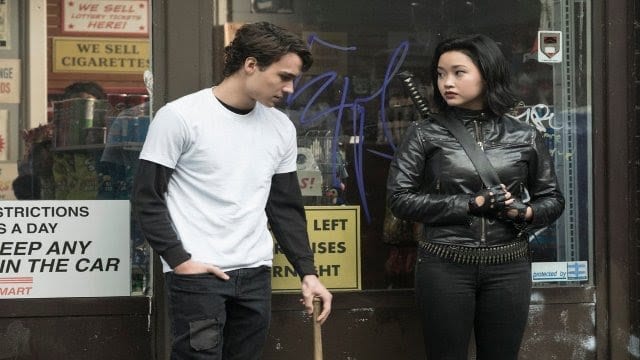 In this post, we are going to talk about Deadly Class season 1 episode 8 where to watch, and spoilers. Before that, we would be taking a quick recap of the previous episode to better understand what is going to happen in the next episode. Thus, the next paragraph will feature spoilers from the last episode. So, those who have missed it should skip the next paragraph to stay away from spoilers.

We had already seen that Marcus and Maria were dating, but now Marcus has more worries due to the threatening call from Chester. Marcus wanted someone to help him and he decided to tell everyone to Saya, about Chester and what did he say in the call. Saya decides to help Chester and to find a solution. Chester was in the company of his relatives. Then we saw Saya and Marcus going to the jail cells below King’s Dominion and meeting Scorpio Slasher. They convinced Slasher to help them, and they only had to feed him a burrito in return. Slasher managed to take them to Chester but he abducted Slasher. So, let’s talk more about the next episode ahead!

The show is also available to be watched online on the SyFy app, where viewers just have to enter their cable TV subscription details to gain access. Moreover, there are several online streaming service providers such as Hulu, Roku, Sling where viewers can watch SyFy channel at the mentioned time to watch Deadly Class. The following paragraph will contain spoilers from the next episode.

The next episode will feature an unexpected death of Chico and Yukio, and it would surely bring a storm for sure. Chester will be very angry and it would be interesting to see how it ends up. It looks like we are now getting into the intense part while moving towards the finale. We are supposed to see a gang war, which would be compelling! Take a look at the trailer of the next episode!