Mirzapur season 2 cast, and updates. This is what you are looking for, right? The show is one of the best shows of Amazon Prime Video from 2018. As we know, Mirzapur is based in India, and it is one of the biggest international shows coming from India. We have already seen Sacred Games performing exceptionally well, and Mirzapur is another addition to the shows from India.

Hence, it seems India is getting a lot of attraction from streaming services. The first season of Mirzapur was released in November 2018, and it became a hit in days. People were waiting for the second season of Sacred Games, but they found something similar to Amazon Prime, which amazed them!

After completing the first season of Mirzapur, fans were wondering whether there will be another season or not! So, we are here to provide all the information available about the next season!

Mirzapur Season 2 will be released in December 2020. Many websites are making fake claims that thehas already been confirmed, kindly do not believe it as it is fake news, as of now, the officialis still not confirmed.

Finally, we now have confirmed proof that the second season is on the way. We were receiving confirmations from several cast members, but there was nothing assured by Amazon. But now, Amazon has come out clear, and also gave us a compelling teaser of the second season of Mirzapur. Take a look at the teaser first!

The cast of this high drama and intense thriller includes some big names of Bollywood as well as amazing theatre actors. And with season 2 hitting our screens soon, here is a list of some actors that the viewers will be able to see and enjoy. 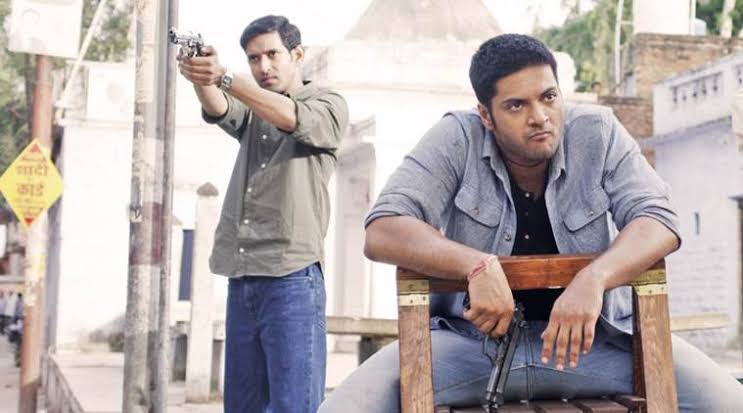 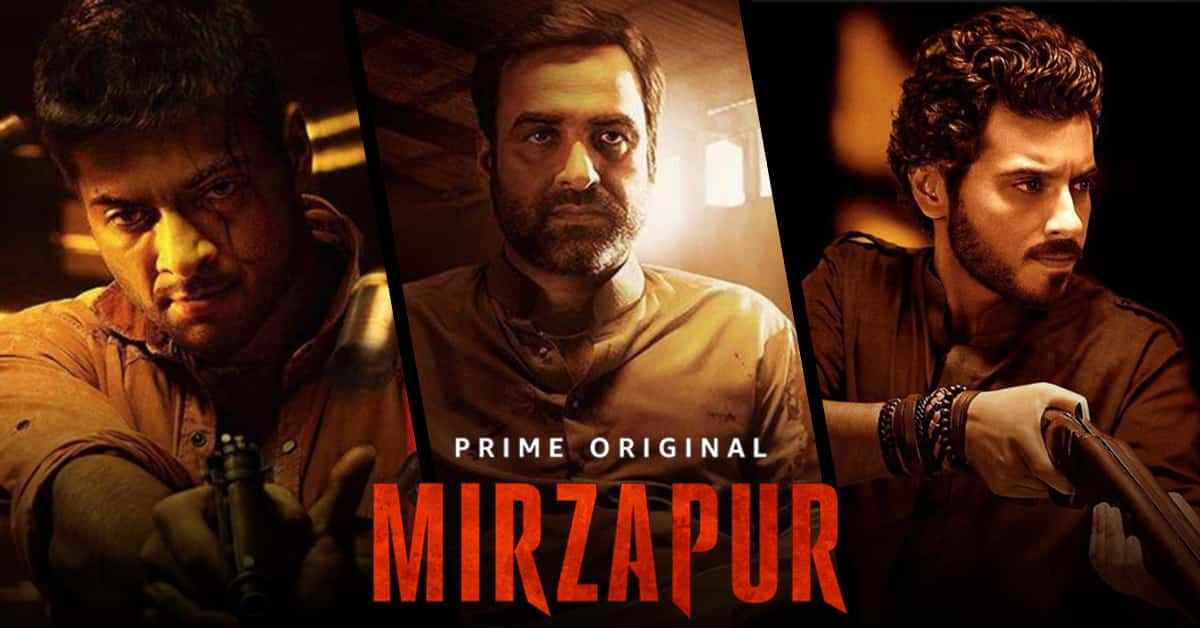 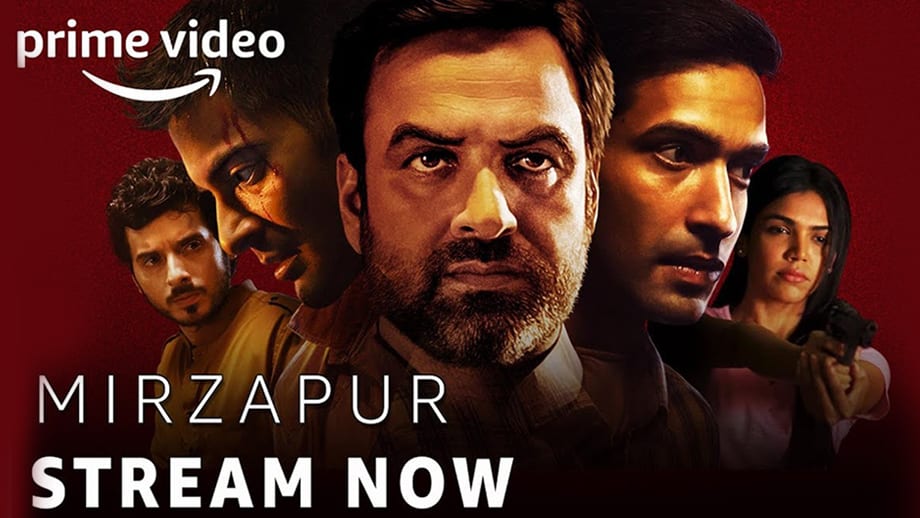 First of all, Ali Fazal has already confirmed that the second season is being produced. So, fans are feeling excited after hearing that there will be another season of the show. We will not have to wait much for seeing another season containing fierce criminal Guddu Pandit.

Additionally, the majority of the cast members are supposed to return for the next season. Ali Fazal will play Guddu Pandit, and Rajesh Talling will play Guddu’s father, Ramakant Pandit. We might see Divyendu Sharma back as Munna, and Pankaj Tripathi as his father Akhandanand Tripathi (Kalin Bhaiya). Additionally, Bablu, which is played by Vikrant Massey might also return! So, it will be a treat to watch the gangster family crime drama again!

We now have a video from Amazon saying that the second season is coming to Prime this year, check it out below:

The producer of Mirzapur, Farhan Akhtar has also assured that there will be a second season for the show, and the ending of the first season already hinted that there would be more than one season. Farhan Akhtar’s as he also stated regarding the second season in December 2018. Nevertheless, the show premiered in November of the last year, so Amazon can also release the next season in November!

Amazon Prime recently released a video on the Instagram page of Mirzapur web series, and you can check it out below:

Again, it says that it will release in 2020, but nothing specific has been announced. Every single fan has been asking for more details but it seems like Amazon is not yet ready with the second season!

Also, Farhan Akhtar showed his gratefulness to the audience who appreciated the work, and even the global audience who showed interest in Mirzapur. Amazon is focusing on more Indian drama as it renewed seven India-based shows, which clearly depicts Amazon’s dedication. The second season is supposed to go into production this year, and it is possible that we might see the show returning by the end of this year.

The show is supposed to return, but no new details are out as of now. However, it looks like the creators are too busy making the next season that they are not even providing more details. Nevertheless, another clip from the show came out, and it was meant to promote another Amazon original show, Hanna. In the clip, it was also proposed that Hanna would rule the streets of Mirzapur, and she is the princess of Mirzapur. I am not sure if it is just for publicity or they really mean it. Take a look at the clip ahead!

Fans are desperately waiting for more news on Mirzapur 2. However,we only have little to no information on it now. Some speculations that have been going on lately, and they suggest that we’ll get more information on the next season of the show in May.

Season 1 of Mirzapur dropped on Amazon Prime back in 2018 and fans have not quit discussing the Indian thriller. The arrangement as we all know follows two siblings who are big names in the world of Drugs, brutality, and the mafia. Mirzapur season two was shot in mid-2019 official maker Farhan Akhtar affirmed the same news statingwill be out soon.

As an issue of first significance, Ali Fazal has recently attested that the forthcoming season is already under post-production. Along these lines, fans are feeling empowered in the wake of hearing that there will be another time of the show. We won’t have to remain by much for seeing another season containing wild criminal Guddu Pandit.

In addition, the majority of the cast people are rumored to be coming back. Ali Fazal will play Guddu Pandit, and Rajesh Talling will play Guddu’s father, Ramakant Pandit. We may see Divyendu Sharma back as Munna, and Pankaj Tripathi as his father Akhandanand Tripathi. There were nine scenes in the main arrangement, so it is likely the subsequent season will take action accordingly.

Finally, more details on the way, and it looks like we might see our favorite characters back soon. Recently, we got to know that the filming for the next season has already started, and now we have got a confirmation when Ali Fazal has posted a picture from the sets of Mirzapur. Take a look at the Instagram picture the star shared:

As of February 2020, it is not known when will be the second season of gangster drama Mirzapur will be releasing. All we know is that the show will release in 2020, which has been confirmed several times by Amazon Prime Video. Here is the Tweet of Mirzapur’s official account which translates, “We were going to reveal (theof season 2), but @SrikantTFM has decided to hide it.”

Delay on Mirzapur Season 2 because of Coronavirus

Coronavirus might cause delay to Mirzapur Season 2, and instead of releasing this year, it might get delayed to 2021. Most of the production houses and studious have halted the production, and because of the ongoing lockdown in India, the filming for the show is stopped as of now, and will not start anytime soon.

This is all considering the health of the cast and crew of Mirzapur. We willyou once Prime Videos makes an official statement on this.