The Last Letter from Your Lover

It doesn’t matter however hard we get obsessed with watching crime thrillers, action and horror movies— the one genre that never fails to bring us back home is rom-com. For decades, romantic comedies have kept entertaining us with their endearing, light-hearted and humourous plotlines, even though most of the time the overall story seems to be similar to the other movies under the same category on the surface. What play a major role in this genre are the performances of the lead actors, and how the story gets executed, starting from our hero and heroine meeting each other till their happy or tragic ending.

After an almost barren year, 2021 has welcomed us with several movies from every genre and there are more on the way. Let’s analyse the top eight most anticipated rom-com movies of 2021 that we can look forward to watching. 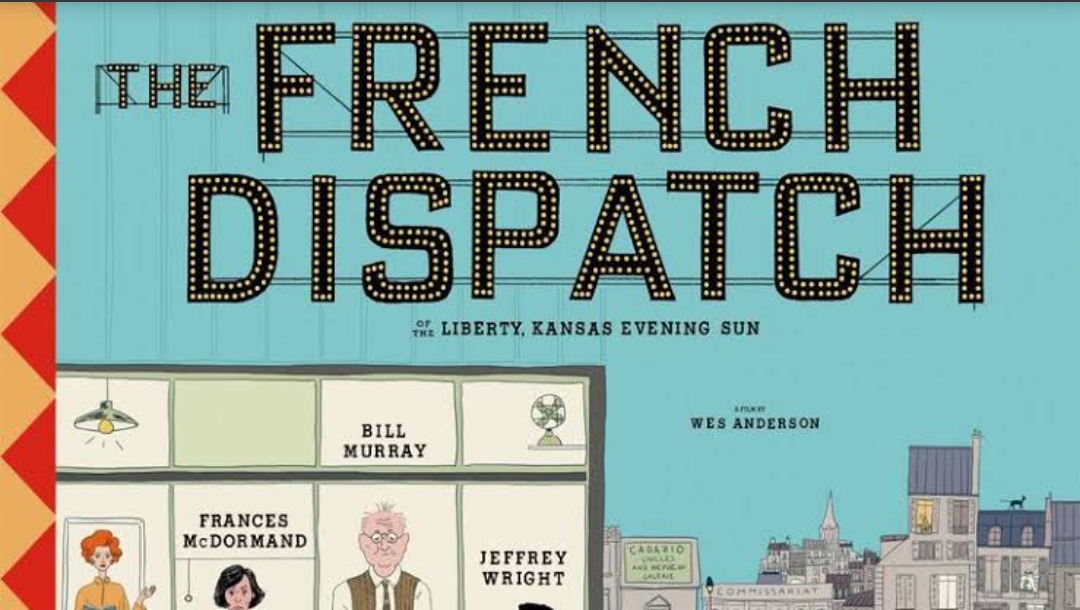 Set during the 20th-century, at a frontier of a newspaper in a fictional city of France, the movie can be regarded as a love letter to the journalists. The film centres on three storylines, one of which revolves around the May 68 protests by the student occupation based on the two-part article by Mavis Gallant titled, ‘The Events in May: A Paris Notebook’. The second story is about a character named Julien Cadazio, inspired by a six-part feature in ‘The New Yorker’ known as, ‘The Days of Duveen’ on art dealer, Lord Duveen. The movie personifies the collection of stories published in the ‘The French Dispatch’ magazine that took place in the fictional city of Ennui-sur-Blasé. Some of the events and the characters in the film has been inspired by the magazine’s real-life equivalents. 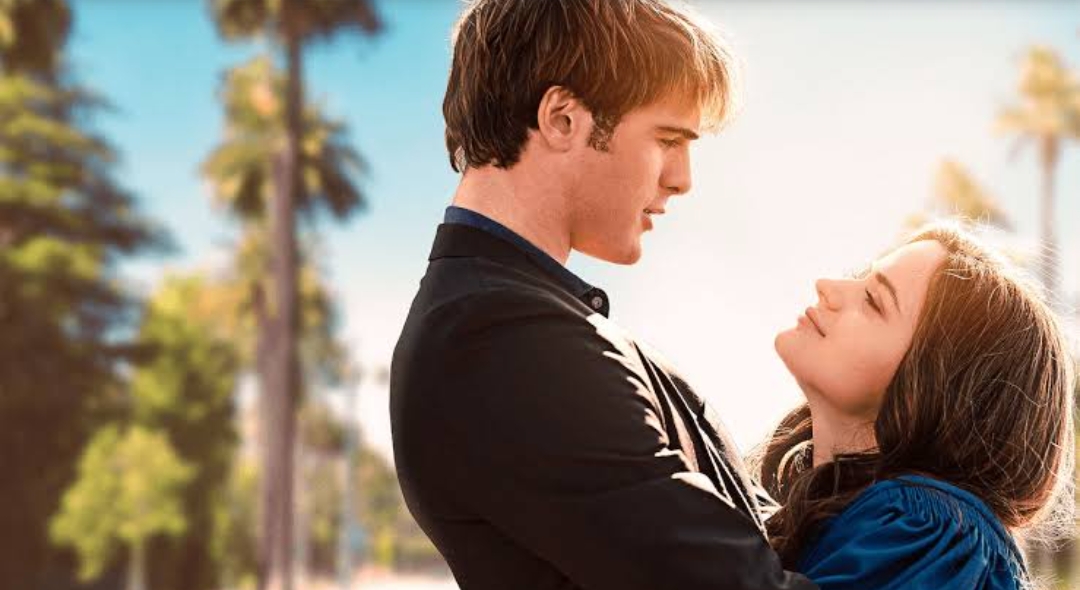 After giving us two hit instalments of the American teen rom-com movie, ‘The Kissing Booth’ and ‘The Kissing Booth 2,’ inspired by a novel series by Beth Reekles, titled the same as the movie, the makers of the series have returned to conclude the trilogy with their final instalment. The first movie covered the beginning of the romance between Elle and Noah, and the friendship between Elle and Noah’s younger brother, Lee, while all three of them were in school. The second one dealt with the long-distance relationship between the two lovers as Noah sets off to his college. The upcoming movie will revolve around Elle Evans who will soon be heading off to college, but before that, she needs to choose between the college in which her boyfriend, Noah is enrolled and the college where her best friend, Lee will be going. The movie has already been shot in South Africa, back-to-back along with the second film in 2019. 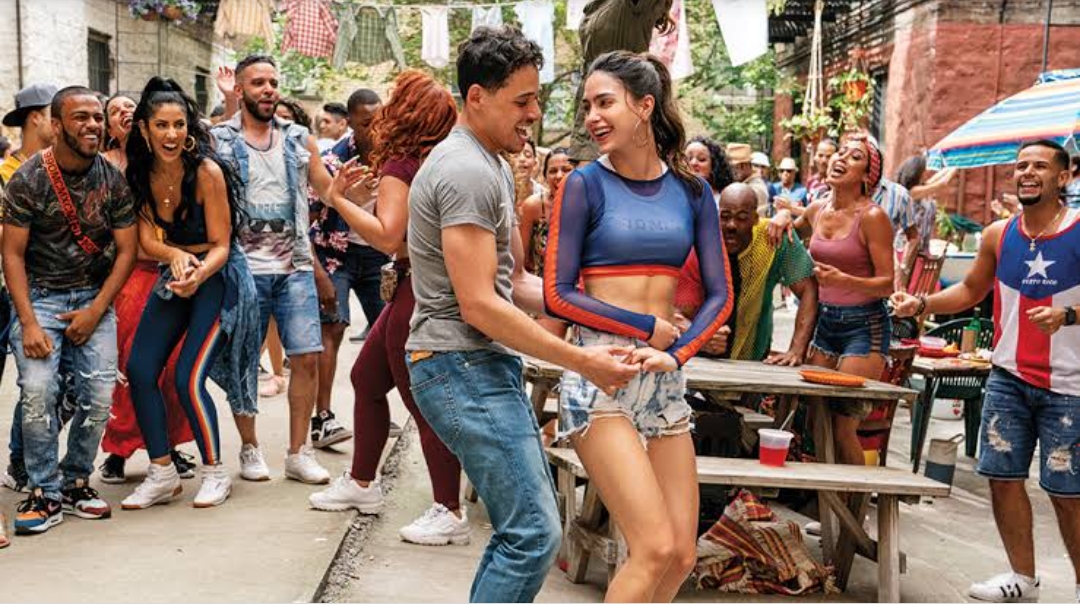 Inspired by the 2007 stage musical by Hudes and Lin-Manuel Miranda going by the same name, the movie covers three days in New York City’s Dominican-American neighbourhood. The movie revolves around several characters who reside in Washington Heights, precisely around Usnavi, who is a bodega owner looking after the Cuban lady next door, and falls for the girl working in a beauty salon nearby. Usnavi desires to win the lottery and with that sum of money, he would flee to the shores of his hometown. On the other hand, a childhood friend of Usnavi, Nina comes back to the place after spending a year in college, with a piece of surprising news. 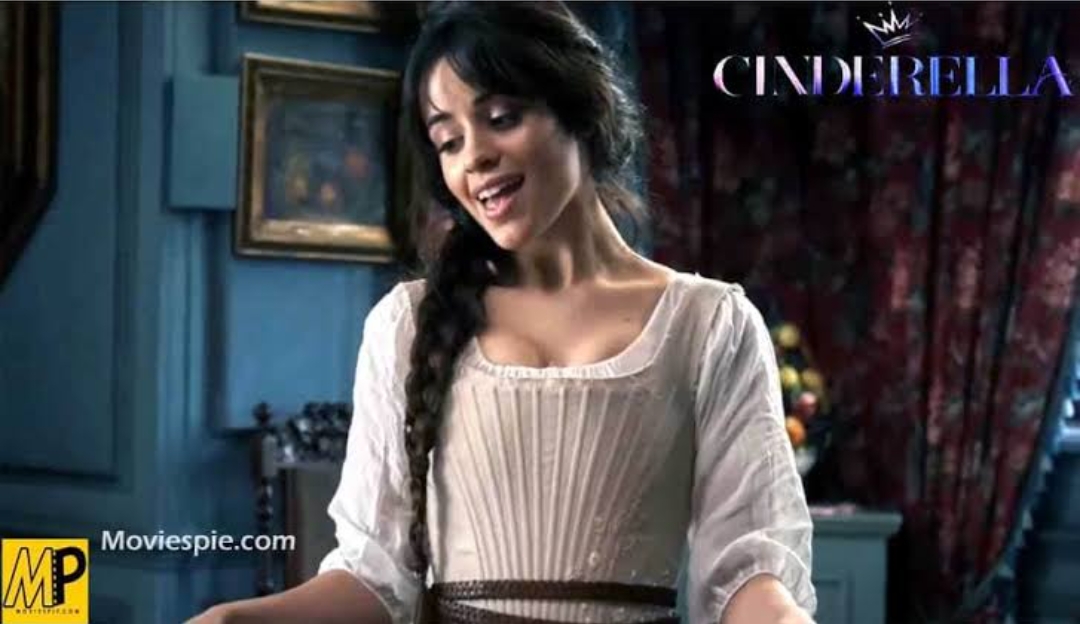 Well, among all these takes on the tale of Cinderella, we might not be in need of another one, but this time, the classical story will be presented in the form of a modern musical romantic-comedy with singers like Camila Cabello and Idina Menzel lending their voices. Moreover, the movie is going to mark the acting debut of the former Fifth Harmony member and a popular pop singer, Camila Cabello, who will be playing the titular role. In the upcoming movie, the female lead has been portrayed as a pioneering young woman who dreams bigger than what the world will let her. 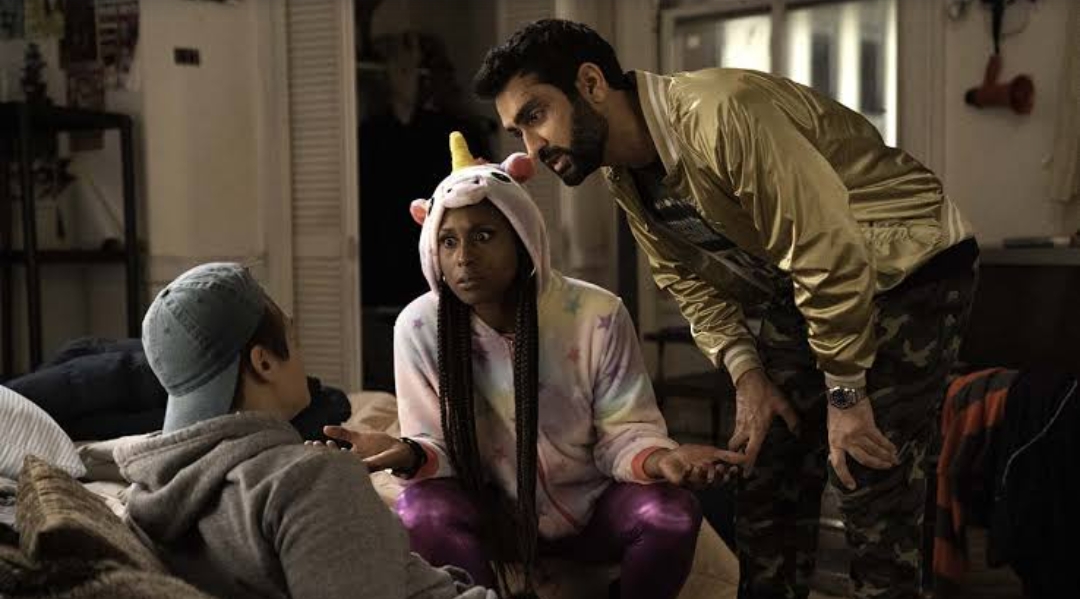 The movie centres on a married couple, who after going through a tough time, are forced to stay separated, with Jack setting off to work upon his grief, while his wife, Lilly is left behind in guilt. Adding more to her troubles, a starling that has made her home in the backyard of her house starts harassing and attacking Lilly, making her so furious that she gets obsessed with killing it. Eventually, Lilly gets counselling from a psychologist-turned-vet, Larry, who has a history of troubled past as well. Both of them find comfort in each other’s backstory and a unique friendship is developed soon, allowing them to understand, acknowledge and fight to their own set of problems. The movie had been under development for like a decade, and finally will be available for stream on Netflix in 2021. 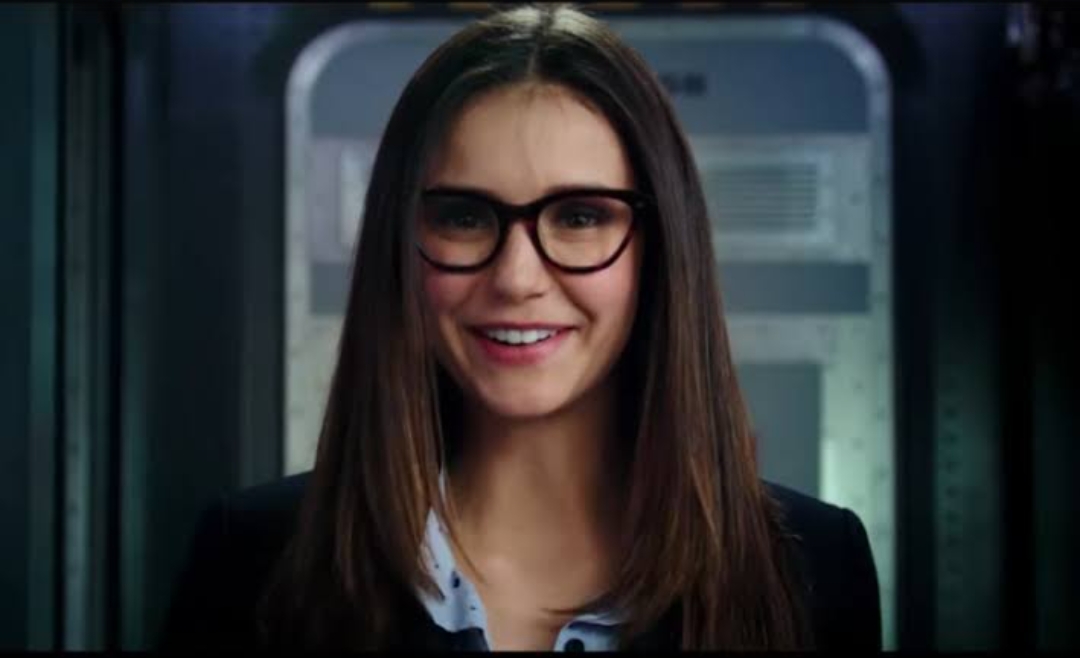 The movie revolves around a young woman in Los Angeles, who falls in love with a guy on a dating app and sets off to visit him in his East Coast hometown in order to surprise him for Christmas. However, upon reaching there, she discovers that she has actually been catfished by someone else. Later she comes to know that her crush resides in the same town where she had gone to, and if she agrees to pretend to be in a relationship with that guy for the holidays, he promises to set her up with her online crush. The movie has been described as a combination of the movies, ‘When Harry Met Sally’ and ‘Roxanne’. The entire movie has been filmed in Vancouver, and will be released on Netflix this year.

7. The Last Letter from Your Lover 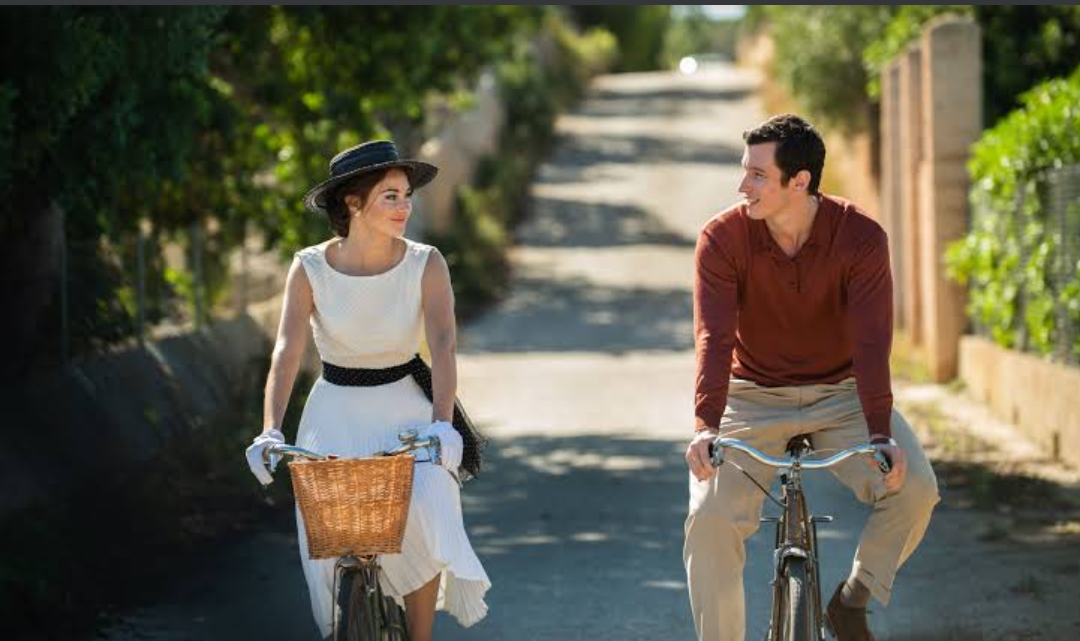 Jojo Moyes’ heart-wrenching novel titled, ‘The Last Letter From Your Lover’ has been adapted into a new movie titled the same as the book, tracking the love stories taking place across two timelines. The story begins in the year 2003, with a young journalist in contemporary London named Ellie, discovering a chain of love letters in the records which narrates the tale of an intense and romantic star-crossed affair between Anthony O’Hare and Jennifer Stirling in the 1960s. As she gets engaged in the story, she finds herself getting obsessed with finding out the identities of the lovers and the ending of their epic love story.

If you are under the impression that the movie is a remake of the classic tragic story of Romeo and Juliet, you must rethink it. R#J is an experimental romantic drama film about the ill-fated lovers, which is a modernized version of Shakespeare’s arguably the most popular romantic tragedy, which has been told utilising the new technology: photos, text messages and videos on cellphones and social media posts
Set in the Palace Theatre of Manchester, the drama features virtual backdrops, including a trendy clothes shop and a cocktail bar to a rooftop across a contemporary skyscape. The movie has already premiered on January 30, 2021, at the Sundance Film Festival.