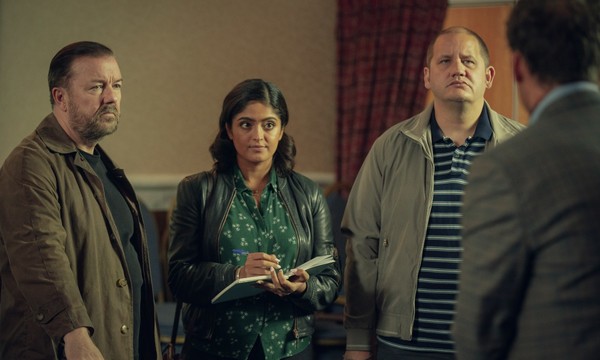 After Life explains the struggle faced by men after losing his lovely wife to deadly cancer. The story follows Tony whose life became a disaster and attempts to kill himself facing depression. His relatives and friends share his struggle and help him to return as a good person.

After Life is a black comedy-drama series. It was first premiered on 8 March 2019 reaching the audience through the online video streaming platform. On seeing the positive response from the audience production has renewed for another season. Created and directed by Ricky Gervais

When is After Life Season 2 update?

After Life season 2 has already released on April 24, 2020. The second season of the series consisted of six episodes all releasing on the same day. It was not a surprise for the fans much similar release compared to the first season. The second season of the series is available on Netflix along with the first season. Netflix subscribers can watch both the season without missing continuity, on the same platform.

What about After Life Season 2 Cast Details?

There’s not much change in the cast details of the series compared with the first season. It was much expected that the same cast will be included in the second season. Production has hired the same cast in order to maintain the authenticity of the series.

Following are the cast included

How does After Life Season 2 End?

Stroy follows Tony facing a severe depression due to the unexpected demise of his wife. Tony and Matt decided to attend Zen mediation class in order to get the peace of mind. Matt was also interested in getting a rejuvenation after his struggling hard with his married life.

Matt and Tony share their life experience with each other consoling themself. Tony feels better sharing things and practicing meditation, he also feels improvement in his personal life. Tony finds a new way to take forward his life by changing himself as a kinder, better, and happier person.

The biggest question of season 2 was who will be Tony’s next girlfriend?. It was confusing to settle his relationship with the cemetery lady, the nurse, or the prostitute. Once again death strikes Tony, this time it was the father after a long struggle to protect him going in a vain.

Overall the season 2 ends in a happy note that most of them get engaged with their new partner and excited to start their new life. Anne, cemetery lady also a friend of Tony finds a new partner. His brother in law settles down with their conflict of opinion and rediscover their love life. Tony was left with his pet dog Brandy.