Knock Down The House: When Does It Come Out On Netflix? 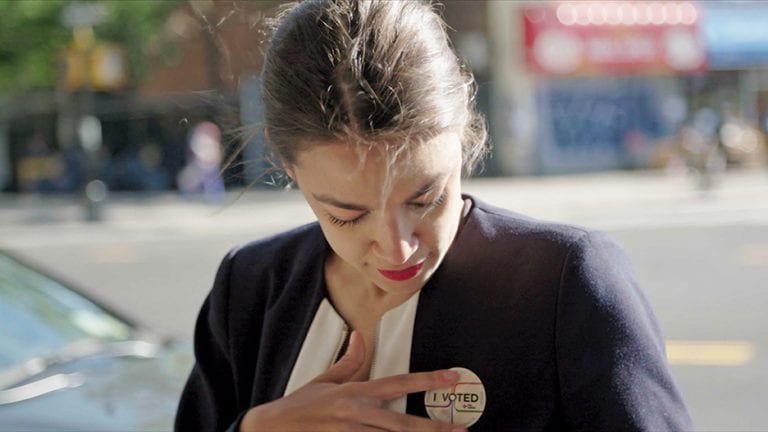 Rachel Lears’ political documentary Knock Down the House is the story of primary campaigns of four women, Alexandria Ocasio-Cortez, Amy Vilela,  Cori Bush and Paula Jean Swearengin. These women are four progressive Democrats endorsed by Justice Democrats and Brand New Congress. These four women ran for Congress in the 2018 midterm elections. Knock Down The House is produced by Rachel Lears, Robin Blotnick and Sarah Olson. It is written by Rachel Lears.

Ryan Blotnick has provided music for the documentary while the production companies are Jubilee Films, Atlas Films, and Artemis Rising. On January 27, 2019 Knock Down The House was shown at the Sundance Festival. The running time of this documentary is estimated to be 86 minutes.

Knock Down The House follows the 2018 midterm journey of Alexandria Ocasio-Cortez, Ay Vilela of Nevada, Cori Bush of Missouri and Pula Jean Swearengin. As we know Vilela, Bush, and Swearengin lost in the primary round only to have Ocasio-Cortez win the election and represent New York in the House. The whole story of making this documentary began with Donal Trump’s election win, a day later Rachel Lears began working on Knock Down The House.

After the Sundance Film Festival premiere in January 2019, Netflix acquired the rights to Knock Down The House for $10 million. It comes out on Netflix on May 1, 2019.