In this post, we will be focusing on Dr. Stone Chapter 156 a recap of the last chapter. Dr. Xeno devices a plan that using sniper will be the better way for them to win a battle by avoiding confrontations and eliminate the key target quickly. He thinks that his plan will benefit the group because there will be fewer casualties. Xeno group is spying on Luna’s movements and they have noticed that Senku’s group is helping her. They have decided to take it as an advantage for them to attack and they are waiting for Luna to bring the target on the range.

Stanley is sitting calculating his range waiting to fire when the target appears his group keeps on praising him that he is not even losing focus. Allow me to take you into more updates of Dr. stone down below.

Dr. Stone Chapter 156 will be released on Friday, 26 June 2020. New chapters of Dr. Stone will be released every Friday due to some sudden changes in its weekly releases. Keep in mind that they may be possibilities of spoilers of the upcoming chapter in this post. 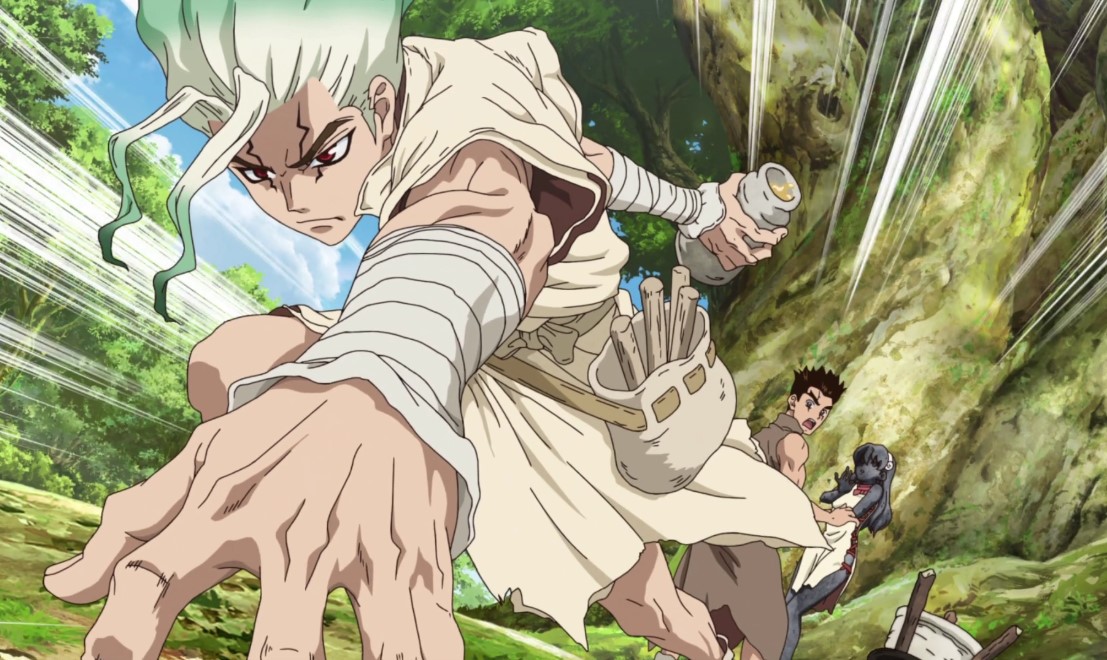 Stanley doesn’t know who is the target he asks himself which one is Dr. Taiju? aiming from range ready to fire some shots and even said that he does not know what kind of person Dr. Xeno really is. Senku decided that he will extract information from Luna about Dr. Xeno and his group. Luna remembered her mission from Xeno then she introduced her self to Senku’s group then she thinks of asking who is Dr. Taiju. But she changed her mind and decided to play it cool since they are worried about her.

Luna decides to use her profile skills and she imagined what kind of person Taiju is she thinks that he will be wearing a suit, he is bigger than everyone and he is leading the kids since she is the same age as them. Suddenly someone from the group called TAIJU and she was disappointed looking at the way she has imagined him she also thinks that he is her type. Everyone in Senku’s group started developing a friendship with Luna then Senku asks her to tell him everything about Xeno.

Senku makes different kinds of ice creams while Luna wants to point Taijui for Stainley to shoot him from a range hiding but Senku gave her ice cream. He then shows her how to make a vanilla ice cream using organic chemistry method. Senku told Luna that Dr. Xeno was his mentor and he used to make rockets for him. To be continued in the next chapter.