Love At Sea is one of the many Hallmark films. The film did decently, but the audience loved its filming locations. Love At Sea filming locations are breathtaking. One cannot help but crave to visit all those places. Love At Sea revolves around Alexa, who is an event planner. Moreover, she has to plan an event on a culinary cruise. Everything was perfect until she had to deal with the cruise’s director, portrayed by Carlos. Now, this handsome man believes in the theory of “My Way Or Highway.”

Well, the opportunity she got was supposed to be life-changing for her career. But, on the contrary, it changed her perspective to see things and love. She got the opportunity through her best friend, Alexandra. So, Alexandra was hosting an event: an Internet lifestyle series set on a luxury Caribbean cruise ship. Thus, she acts as a mutual connection between “soon-to-be love birds.” As we look at it, the story is pretty similar to other love stories. However, what makes the film different is Love At Sea filming locations.

We know, just like us, you want to visit all those beautiful locations that were featured in the film. It was Hallmark’s third movie which had the tone and theme of summers. This film will leave you craving for a cruise vacation right away. Do you know what the best part is? You can take the same cruise as used in the film. The film was filmed on a Royal Caribbean cruise ship, Harmony of the Seas. Yes, you have read it right. It was actually filmed on a real cruise. Also, the filming was done in south Florida and numerous Caribbean locations, including Nassau, Bahamas, and St. Kitts. 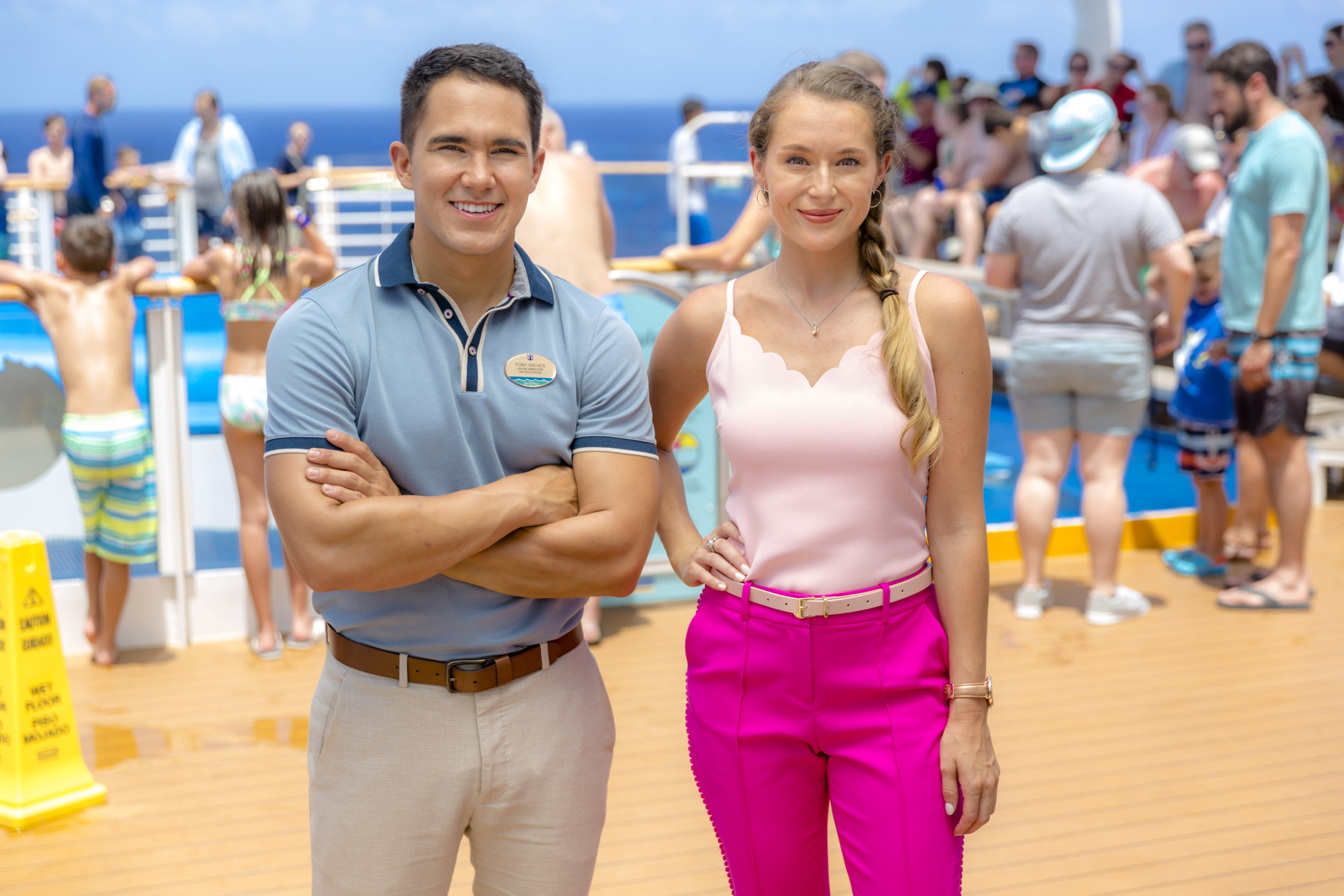 Taking this same cruise is quite simple; you just have to look for cruises with Harmony of the Seas. Just get to their website and have an adventure of a lifetime. Definitely, you will see offers for Caribbean trips. Usually, ships depart from Orlando, Florida. In the movie also, it departed from Florida. Apart from that, you can visit other Love at sea filming locations. It is very easy to reach Nassau, Saint Kitts, or the Bahamas. In addition, the Bahamas is one of the most visited places in summer. Also, some part was shot in the south of Florida.

Meet The Cast Of Love At Sea

The chemistry between the two main protagonists was out-of-the-world. You felt it too. Right? Well, the reason behind this can be the fact that they are married in reality. Alexa PenaVega portrayed the character of Olivia, whereas Carlos PenaVega played the character of Tony. The couple got married in 2014 and still going strong. In fact, it seems like their love is growing with the years. Well, it takes efforts from all the casts and crew to make this film a success. Apart from leading casts, Love At Sea features William R. Moses, Audrey Landers, Melissa Carcache, and Edward Finlay.