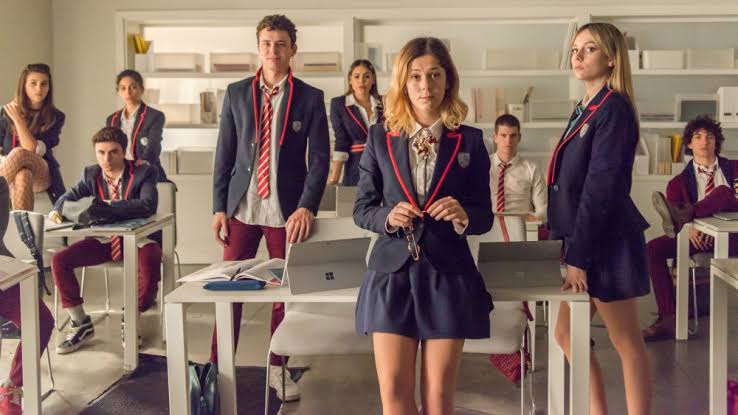 The new season of Elite recently dropped on Netflix and now the creators are already preparing for a season 3. This was announced by the director of Spanish Netflix Originals by Diego Avalos in 29 August that the teen drama show had been renewed before season 2 even aired. Even though it was a big news but it wasn’t surprising to anyone as this Spanish show was a hit.

The first season of the Elite was watched by 20 million household accounts and that was in its initial month of release last year. Moreover, this hype for the show has only grew and it has improved more in the time. In the first two seasons of the show had more drama than Riverdale and Gossip Girl combined. The only this that the streaming giants, Netflix revealed that the Elites season 3 will definitely return for a 3rd installment.

But they didn’t revealed it’s exact update. If I have to guess, season one was aired on 5 October 2018 and on the other hand season two released on 6 September 2019 because of all this I think that season 3 of Élite is likely to arrive around a similar time in 2020. Moreover, the filming for the third season will be starting very soon. Unfortunately there is no trailer for Élite season 3.

As for the cast, all the characters from season two will be making their return as well as the original members Lu (Danna Paola), Omar (Omar Ayuso), Ander (Arón Piper), Nadia (Mina El Hammani), Polo (Álvaro Rico), Guzmán (Miguel Bernardeau) and Carla (Ester Expósito). Moreover the characters that were introduceds in the second season like Valerio (Jorge Lopez), Rebeca (Claudia Salas), and Cayetana (Georgina Amoros) might be play a major part in the upcoming season.