Grey’s Anatomy Season 16 and How to Get Away with Murder Season 6 might premiere on Sept of this year but Shondaland’s TGIT lineup has officially broken up for the fall 2019 season. Also, instead of the third season premiere of the Grey’s Anatomy spinoff as well as Station 19, ABC will air A Million Little Things Season 2 following the flagship season premiere. The question now remains is when will Station 19 Season 3 premiere? Unfortunately theis delayed and the fan will have to wait for sometime. 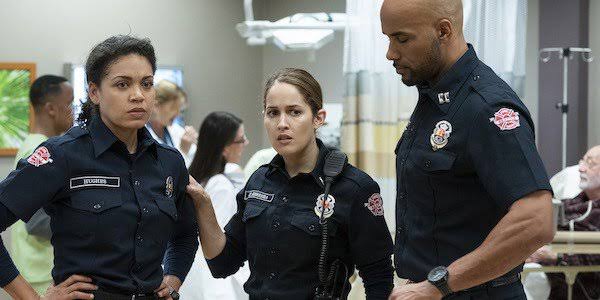 There were rumores that Station 19 is cancelled but that wasn’t true as it still lives but won’t be happening in this year. In May of this year, the Shondaland show was renewed for a third season and Krista Vernoff was named the new showrunner of the spinoff series which replacing creator Stacy McKee. Shonda Rhimes and Betsy Beers said to Deadline that “Everyone at Shondaland is thrilled that our fans’ commitment to TGIT continues,”

They further added “We are so proud of Krista and (HTGAWM’s) Pete (Nowalk) and the work they do. Making the choice to have Krista oversee Station 19 was easy — the creativity she brings to the Grey’s Anatomy universe continues a tradition of storytelling we hold dear.” Moreover, Vernoff also told about her new role. “I’m thrilled to continue at the helm of Grey’s Anatomy, and I’m honored and energized by the opportunity to run Station 19,” Vernoff explained.

She also said “To expand upon the world Stacy McKee created, and further merge it with the world of Grey’s, is an exciting challenge.” As for the ABC hasn’t revealed theof Station 19 Season 3 premiere date but reports suggest that it might be returning in early 2020.