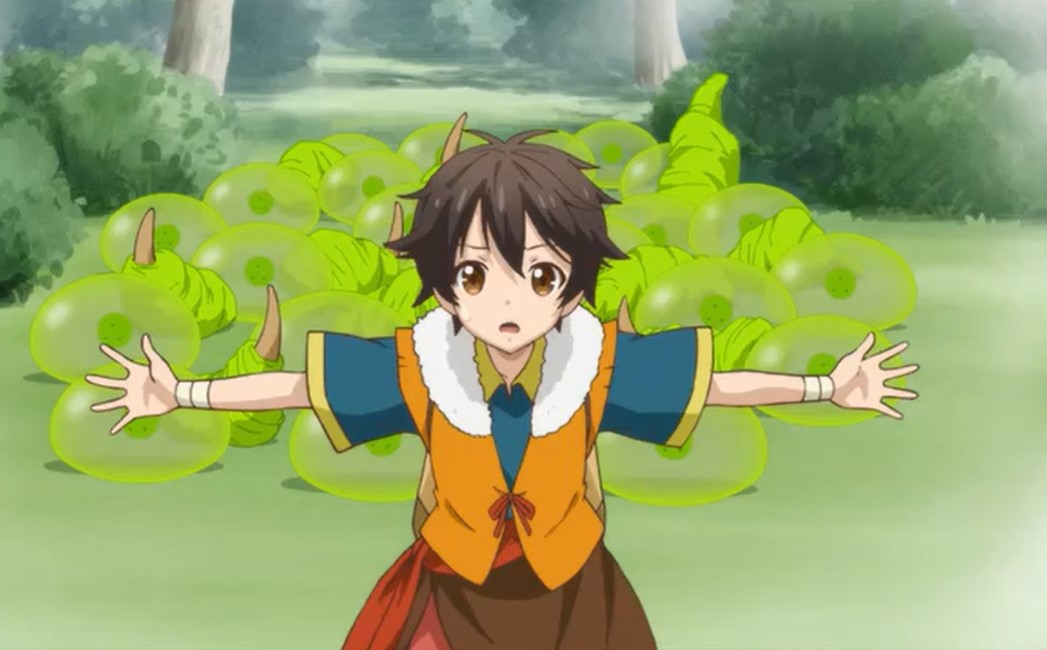 Ryoma Takebayashi is an 11 years old boy who lives alone in the forest but he lives with almost a thousand slimes. Slimes evolve differently depending on what you feed them in the Ryoma wakes up. He sleeps in the same room with all of his Slimes he feeds them and takes care of them. He feeds some of the slimes green caterpillars and they turned into sticky slimes. Ryoma uses the sticky fluid they form inside the slime bodies to make a powerful thread that’s help him in hunting.

There are also Acid slimes that have highly acidic body fluids that can dissolve hard things like bones. The poison slimes are the results of slimes that ate poisonous weed and survived. Cleaner slimes clean things by eating dirt and grime. Scavenger slime eats excrement and garbage to make fertilizer, Ryoma enjoys living with his slimes. When Ryoma is hunting sometimes he encounters goblins and thieves and he has to clash with them.

This post is about the latest development of Kami-tachi ni Hirowareta Otoko which is also known as By The Grace of Gods. In this post, we are going to talk about By The Grace of The Gods Episode 2 update, Preview, and Recap. Take a look at the weekly release schedule of this Anime below.

By The Grace of The Gods Episode 2 will be released on Sunday, 11 October 2o2o, at 11:30 PM JST. A new episode of this Anime will be released every Sunday. Take a look at the latest development below. 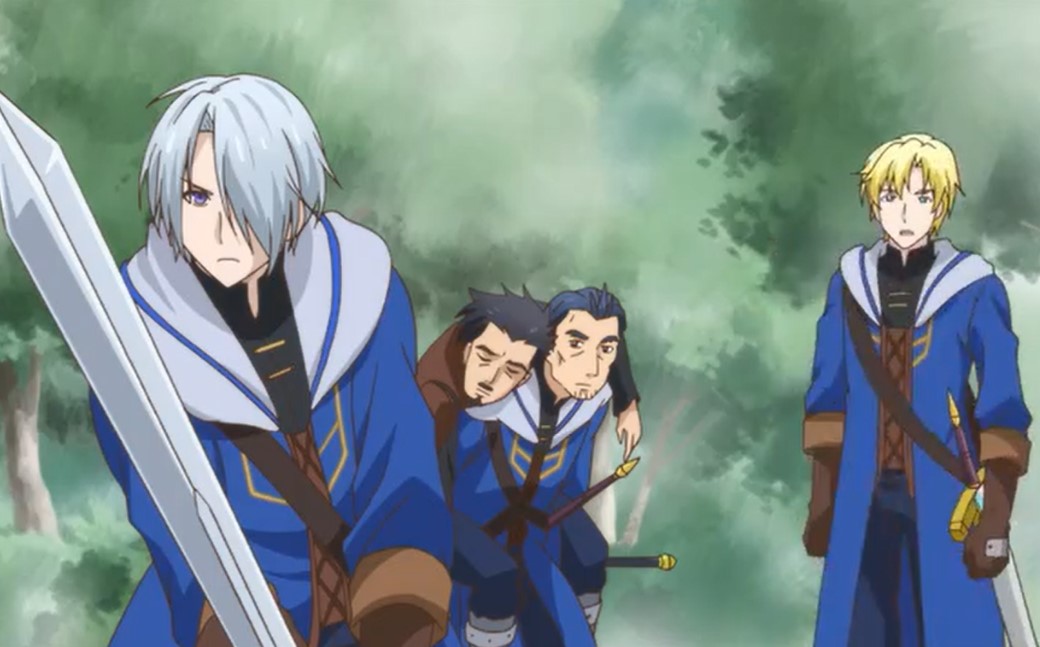 Previously on By The Grace of The Gods Episode 1

Every day for him is the same and peaceful. While he is busy hunting he heard the voice of a human being nearby. When he reaches there he saw a group of men with swords he thought that they were Bandits. He asked himself what are they doing deep in this forest. The is a man named Hughes he is badly injured lying on the ground. Camil said that he doesn’t have enough magic to heal Hughes. Ryoma talked with them and one of them points a sword to him.

Ryoma can’t talk properly since it has been a long time without talking to anyone. He said medicine… have.. this medicine… hurry and one of the men took the medicine. They gave it to Hughes and save his life and Ryoma told them to come and rest for a day. On their way, they notice that Ryoma lives alone and he is a hunter. Ryoma stopped and said that the beast is coming and Hughes saw the slimes.

They wanted to kill them and he reveals that they are not enemies and Jamil asks if slimes are Ryoma’s servants. Ryoma replied by shaking his head since he cannot speak some of the words properly.  They both heads to where Ryoma leaves and Jamil started to know Ryoma better. He told him that his family have been tamers for generations.

They both reach Ryoma’s place and enjoy eating Jamil said that they can’t leave Ryoma alone. He will go home and talk with his father snd Elise and the next day they bid him farewell. Hughes thanks Ryoma for saving his life after few days Hughes came back with all of his family to visit Ryoma and his slimes. Ryoma is happy to see them.

By The Grace of The Gods Episode 2 Preview

That’s the latest preview and updates about By The Grace of The Gods Episode 2. For the next episode updates, we will be bringing them next week as soon as the new episode is released.