Kevin Feige Addresses The Future Of Netflix’s Marvel Characters! Marvel President On Whether The Characters From Netflix Return?

Marvel Studios, on its road to Phase 4, brings in a large amount of content for the fans and viewers as it keeps expanding and growing with its new crew members and the ever-growing and multiplying shared universe of Marvel characters.  The studio giant announced their plans to expand their growth through Disney’s streaming platform called Disney Plus, and soon, the arrival of Phase 4 is set to see abundant web series making their way to the newly formed OTT platform. Apart from the upcoming Marvel-owned projects, the studio giant also struck a deal with 20th Century Fox and Sony, bringing in the rights to Spider-man,  X-men, and Fantastic Four, which results in the expansion of the shared Marvel Cinematic Universe.

So, as Marvel Studios keep growing with their abundance of characters, which also refers to the return of X-Men and Fantastic Four to their home, the question in the fans’ minds is whether the studios bring back one of their first projects apart from the Marvel Cinematic Universe back. We are talking about the range of Marvel shows, which includes the likes of Daredevil, Jessica Jones, Luke Cage, Iron Fist, and The Punisher that was brought by Netflix in a deal with Marvel Studios and were once considered as a part of the Marvel Cinematic Universe but were later canceled in 2018 because Disney was planning to bring in their own streaming platform.

Recently, Kevin Feige, the President Of Marvel Studios, has been promoting the upcoming Phase 4 of Marvel Cinematic Universe a lot along with the upcoming Disney Plus series of Marvel titled “Wanda Vision” that is set to make the huge comeback of the studios into the mainstream on 15th of January 2021. During those interviews, Kevin Feige has been constantly asked about Netflix’s return to the Marvel Cinematic Universe. Here we are covering everything the brains behind Marvel Studios had to say.

Kevin Feige On The Return Of Netflix’s Marvel Characters

Kevin Fiege, the president of Marvel Studios, for the time being, has been asked constantly about the existence of Netflix’s Marvel characters since the shows were pulled off from Netflix. Even Kevin Mayer, the former chairman of Disney’s Direct-to-Consumer and International division, once said in 2018 that the Netflix properties might find their new home at Disney Plus when the shows are were called off. On certain occasions, Feige may have been reluctant but always has said “never say never,” The best example of it could be the arrival of the Fantastic Four and X-Men in the Marvel Cinematic Universe recently. 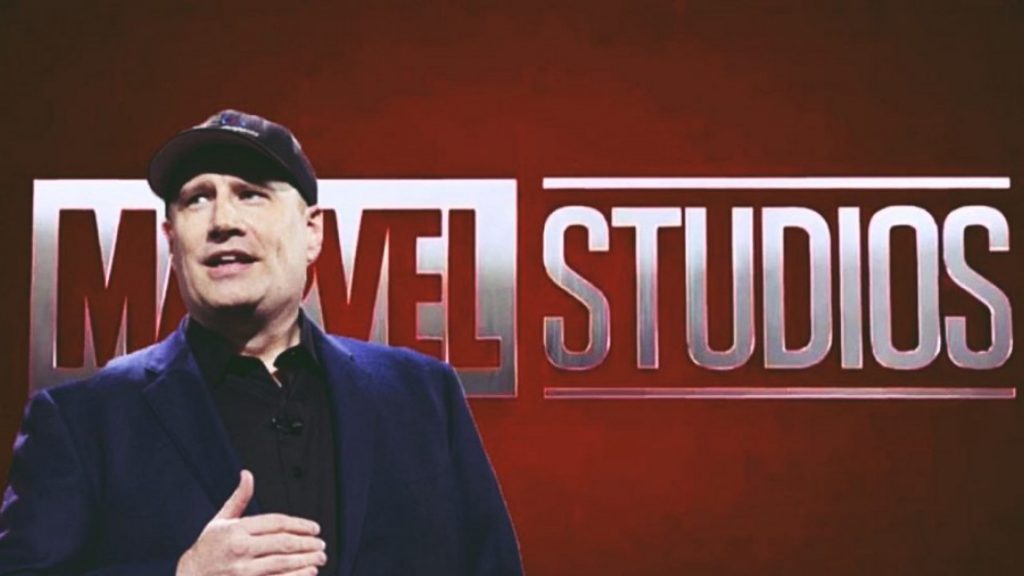 So, during an interview with Collider where Marvel’s Disney Plus Project Wanda Vision was being promoted, Kevin Feige was met with several questions revolving around Phase 4, new characters, and returning characters, along with the revival and existence of Marvel’s Netflix characters. Kevin Feige tackled the question of if Marvel’s Defenders and other solo projects if were canon or not and quoted that he looks at everything that’s happened before, including the movies and older Marvel entertainment TV series and also the comics, video games too that serve as an inspiration for the future Marvel Studio projects. Feige further quoted that this is the way comics work, so they’ll see if Marvel’s Netflix properties will come back or not.

In another interview with Hollywood Reporter, Kevin Feige met with a similar question. Feige took some time to answer but addressed with a hope stating that everything is on board and that’s one of the fun things about comics, the characters would appear and disappear and then come and go while also stating that they all serve as an inspiration for future of Marvel Cinematic Universe and those Netflix shows are also part of them.

Netflix’s Marvel shows were one of Marvel’s first times went on the other side apart from the regular Marvel shows and kindly experimented with a new nature. The shows have a huge fan base because of their dark tones and more mature nature, which is quite different from the regular Marvel movies fans used to watch in the theatres. The in-depth storylines tied along with amazing characters, brilliant acting, and the well-written storyline make the shows different from Marvel’s regular movies. Thus, studios were able to create a bigger fan base through that. Daredevil was one of the finest shows, along with the brilliant performance of Charlie Cox as the titular character as it solved the issues with the previous Ben Affleck’s iteration of the hero and managed to recreate a fan base for itself. 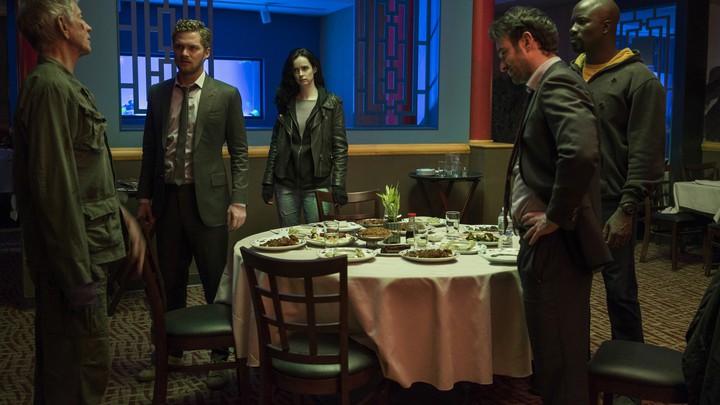 The Netflix shows one by one starting from Iron Fist, Luke Cage, and then Jessica Jones and Daredevil along with The Punisher were called off in a midst, not because they were not good enough but because Disney was about to start their own streaming service and thus it all went down. Even today, fans widely remember the shows and amazing performances by the characters, which have led them to question Marvel Studios of their existence.

As we reported, Kevin Feige recently, in another interview, was met with a question of oversaturation of Marvel characters with Disney Plus shows has. He countered it by claiming that the issue was the same when the characters were in other studios’ hands and coming off with different storylines. Today it’s the same, too. Feige focuses on what different and unique the upcoming Marvel projects offer, apart from the regular stuff seen in Marvel movies giving the example of Wanda Vision as one of the projects that are experimenting with sitcom-based plot.

So, if Marvel is aiming for something different and unique, the Netflix shows were the first time the studios went into the dark tone and mature storyline, so they still should be counted as one of the tie-along for the Marvel Cinematic Universe. And considering the fanbase for these Netflix shows, the fans might invest more into the upcoming projects if Daredevil, Jessica Jones, Luke Cage, Iron Fist, or the Punisher ever has a rumored cameo in them. What do you think? Will the Netflix characters come back? Stay tuned for more updates on Otakukart News.