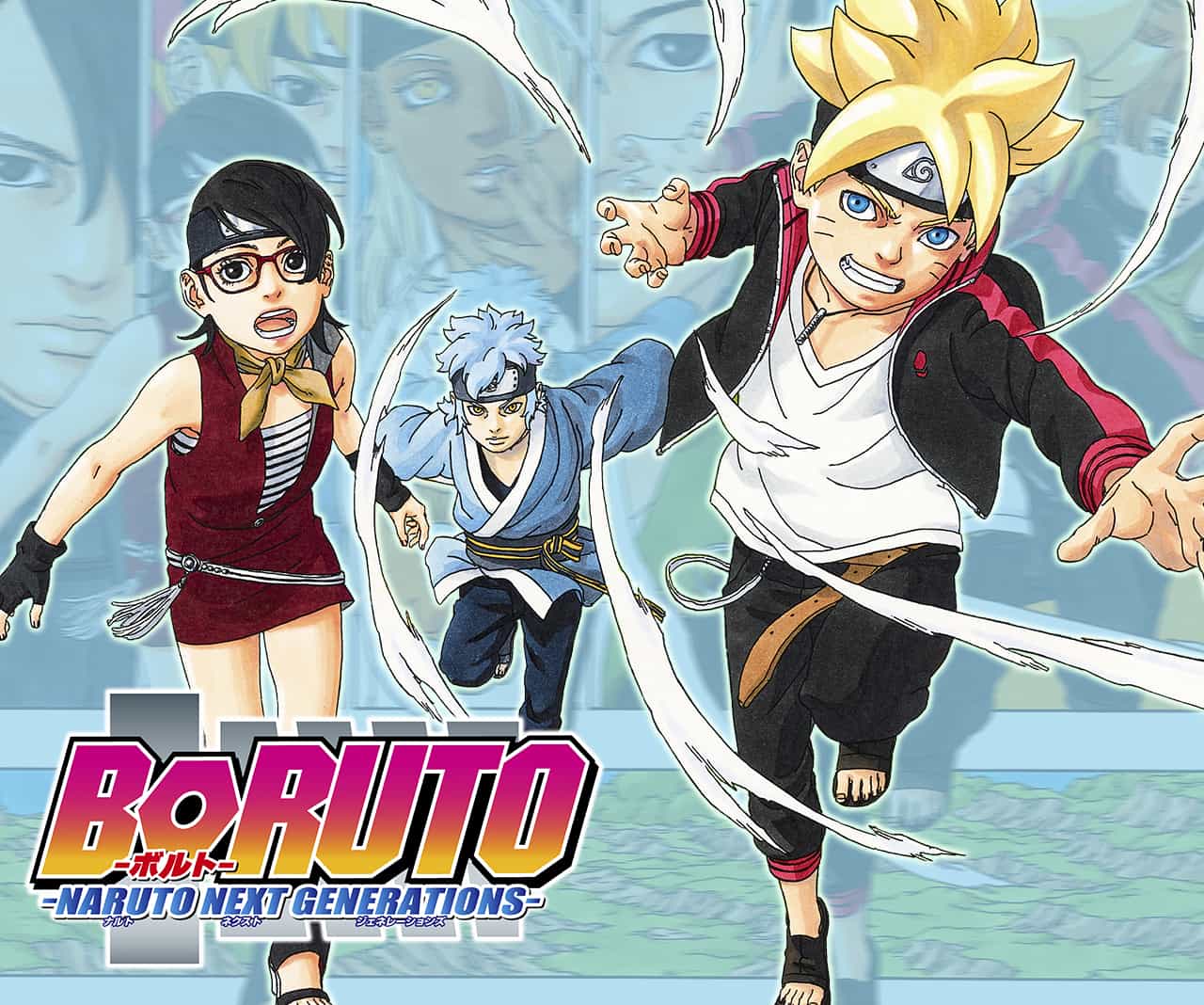 Boruto: The next generation is the sequel of the former Naruto series. The story is focused on the son of Naruto Boruto Uzumaki and his Ninja adventures. This post contains a brief summary of the latest episode of Boruto Next Generations Episode 143; you can skip this post if you are not interested in spoilers.

After Sarada found the weakness of Chief Officer Benga, Kokuri finally able to move to Boruto’s Cell. And now that Boruto passed the test of the Prison Boss, everything seems to be going pretty well. But a new problem arises in the walls of the Houzoki Castle, the wooden tag which is used to enter the medical room, which is also the Oasis of the Prison has gone missing. It went missing on the same day when Kokuri was attacked in that medical room. And the only cell which was opened on that day was Boruto’s Cell, which also means that the one who attacked Kokuri and stole the medical tag is among Boruto’s cellmates.

Meanwhile, Benga has started the lockdown closing all the cell blocks in search of the wooden tag. And no prisoner was allowed to be out until it’s found out. On the other hand, Boruto has already started his inspection; he asked his cellmates to let him investigate his belongings because someone there has to be the one with the wooden tag. Boruto explained that Kokuri was attacked in the medical ward and the wooden tag went missing three days ago, the perp could be the same guy who attacked Kokuri. As Boruto collapsed three days ago and their cell is the only one unlocked that day, the Assassin who stole the wooden tag and attacked Kokuri belongs to their cell. 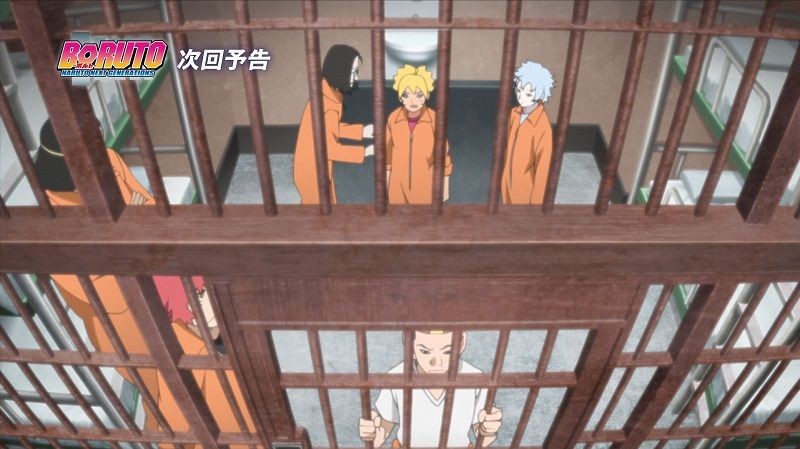 Of course, it arose the question between his cellmates and surprised as weak looking like Kokuri could be the one of the Mujina Gang, and now his life was in threat from Tsukiyo. Kokuri revealed at the moment that Boruto is here to protect him when asked why he told them because he is friends Kokuri. Arai, one of the cellmates of Boruto who helped him find the Prison Boss decided to listen to Boruto.

Benga arrived at the Cell of the Prisoners and announced that they are going to search for the wooden tag, and if anyone caught hiding the wooden tag, that person and his teammates will be considered accomplices and will be sent to solitary and all sentences will be extended if they don’t want that they must hand over that perp. Before things could get messy, Boruto decided to settle this quickly. And now the other doesn’t want their sentences to extend they choose to cooperate with Boruto.

Meanwhile, Sarada wants to question Tsukio, and for that, she was assigned with a guard by Lord Mujo. Members of the notorious gangs like the Mujina were imprisoned separated to prevent collaboration if Lord Mujo known about the Kokuri things could be different than now. Sarada went to question Tsukio as the Journalist but Tsukio and asked if he’s the second in command of the Mujina Gang, Tsukino? And if he can tell about him and the Mujina Gang. But Tsukio knew that Sarada was pretending to be the newspaper and replied that it’s not necessary to ask him anything at this point; instead of how about him about herself, that why she is pretending to be the Journalist.

Meanwhile, Arai asks Kokuri that if he had seen perp face or not. Kamata mocks at the perp that everything was in place, but he couldn’t kill his target if he was the perp he wouldn’t mess up like that. Kamata also questioned Kokuri that “why he was being targeted by Tuskio to the point that he wants him dead, he must have done something pretty bad?. But Arai covered Kokuri by saying that Kamata might look weak, but he’s convincing and will jump at anything profitable to him. If Kokuri let a secret slip, wonders what he might use it for. Kamata did get mad and wanted to fight with Arai but get wimpy, which also gets the hint that he might not have been the Assassin after all. Arai also explains that he gets when he’s in a favorable position, guys like him are likely to stab someone in the back without thinking twice.

Ignoring all that Boruto mentioned checking each other’s belonging and when Mitsuki was about to do so, Kamata got dissatisfied with that making him suspicious as Assassin. Arai than questioned him why you don’t want to see did he got something that he didn’t want them to see. Arai also added that he always goes to see Haie on of the guard. Maybe he is contacting Tsukio through Haie. Being accused of the perp, Kamata also rats out about Arai that he bragged about being the lone wolf in his village but got instantly when he went to the Great Nation. He also said that during the recreation time, he might have gone to the medical ward. Kamata watched him as he was looking around to see if anyone has noticed him. To show his innocence, he told Mitsuki that he was going for the cafeteria to meet the supplier for the chocolates. 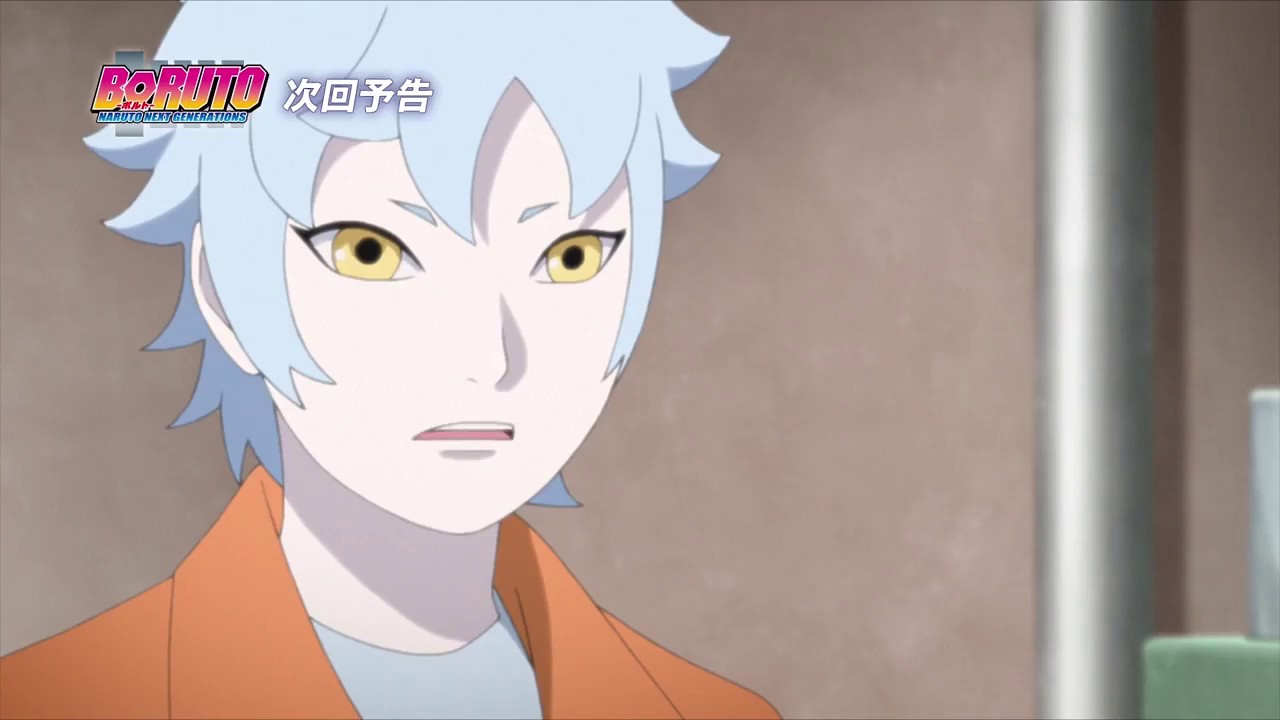 Kamaka still insists on letting him check his bunk. Meanwhile, Kokuri went to check his bunk by himself and accidentally checks Kedama’s bunk. But because he checked his bunk Kedama got mad at Kokuri, and his blanket fell on the floor, and when they went to pick it up, they found the wooden tag they have been searching for. At first, he wanted to speak up for himself but stopped. Mitsuki and Kokuri decided to hear him out before turning himself. Kokuri said that he wants to know about Mujina gang from him hearing this Arai replied, “Why would you want to ask him? You probably know a lot more!. The cat was finally out of the bad as Kokuri did not mention once that he is from the Mujina gang. Now that Arai can’t do anything now, he attacked Kokuri, but Kendama saved by punching Arai in the face. Now that the perp has been caught, they became friends again with Kamata and decided to get along.

Looks can be pretty deceiving, even Kokuri, despite how he seems he hid the gang money after all. The next episode will be “The Secret of Kokuri.”