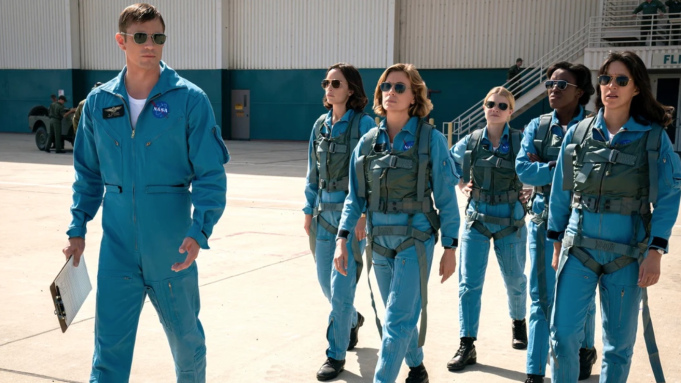 The American science fiction TV series ‘For All Mankind’ will be returning with its second season, and fans of the show are looking forward to seeing what the team has in store for the upcoming second installment. According to the latest rumors, the upcoming season will be pretty exciting and you will have to be very attentive as there will some plot twists which will surely surprise you. New rumors and speculations have started flooding in, and we have gathered all the recent updates and information regarding the show, so here is everything you need to know about the upcoming For All Mankind Season 2.

How was the reception of For All Mankind?

The show made its debut back on 1st November on Apple TV+, and the first season of the show performed quite well which made Apple TV+ give it a green light for the second installment. The official announcement was made on 1st October 2019, and fans are eagerly waiting to see the gang back in action. For All Mankind Season 1 received an approval rating of 73% and an average score of 6.91.

The show was well-received by the audiences and the critics praised the show for its story, the depiction and the overall performances by the cast members. The show is created by Ronald D. Moore while the writing department is being looked after by Ben Nedivi, and according to a report from Inverse, the show was renewed for a second installment even before season 1 aired which made it one of the only few shows which received an early season 2 renewal.

What is the Storyline of For All Mankind Season 2?

The show focuses on depicting an alternate history of the possible outcome, had the space race of the 60s never ended, and the consequences that would follow after if Russians had been the first to reach the Moon instead of the US. The story takes place in an alternate timeline where Russia’s Alexei Leonov becomes the first person to land on Moon which demoralized the US space agency, and it follows the consequences which led to the advancement of the space program in the respective countries.

In an interview with IGN, the showrunner Matt Wolpert revealed that the upcoming season would focus on the sacrifices that the people would be willing to make for the greater good of the space program. It is also rumored that season 2 might not pick the story from the finale of season 1, instead, it might introduce a time jump in the early 80s.

How many episodes are there in For All Mankind Season 2?

The first season aired 10 episodes, and For All Mankind Season 2 is expected to follow the same pattern, so you can expect a batch of 10 new episodes.

Who is in the cast of For All Mankind Season 2?

What is the update of For All Mankind Season 2?

‘For All Mankind Season 2’ is expected to release in November 2020 on Apple TV+. The official update is yet to be revealed, however, we will keep you posted when the official announcement is made.