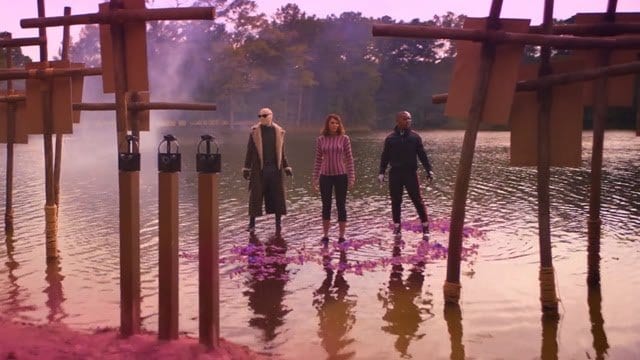 In this post, we are going to talk about Doom Patrol episode 3 update, where to watch, and spoilers. But before that, we will be taking a quick recap of the previous episode to know what happened previously to stay in the loop. So those who have not watched the last episode and do not want spoilers should skip the next paragraph. With that being said, let’s go ahead!

As we know, there is a lot of chaos happening in the show right now, as a vortex is trying to suck the whole Cloverton in. So, Rota and Larry left Cliff to see what is going on in Cloverton, and they were also shocked! Also, they were concerned about Niles’ sudden vanish. Also, we saw Vic Stone, who is better known as Cyborg, arriving in Cloverton with his donkey. So, let’s talk more about the upcoming episode ahead!

The show is now two episodes deep into its first season, and the third episode is due this week. The third episode of Doom Patrol season 1 is projected to release on 1 March 2019. The show is broadcasted on the DC Universe, and new episodes are added at 9 PM every Friday. The next episode is titled ‘Puppet Patrol.’

The show is exclusively available on the DC Universe streaming service, so fans better check their subscription to watch the new episodes. The next episode will feature The Doom Patrol heading for Paraguay for their another task. They will come across the Nazi doctor who was the creator of Mr. Nobody. Not just that, he was the reason behind the relation between The Chief and the two villains. Take a look at the trailer of the next episode.