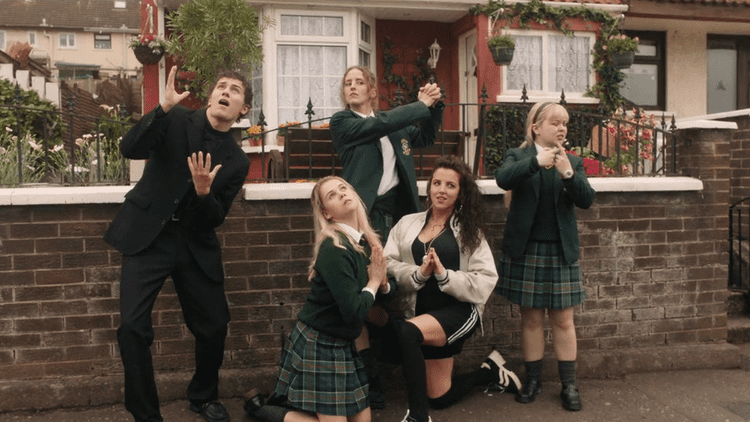 Derry Girls, as you may know, hasn’t been around for that long. Season 1 recently debuted and may I go out on a limb here and say that it worked like magic for everyone. The show that traces the story of beloved Erin and her partners in crimes was an instant favorite. So that should leave little room for doubt in our hearts regarding the renewal of Season 2. Within no time, Season 2 was given the nod by the Network, and today we shall talk about that and more. So keep reading.

Derry Girls recently popped up on Netflix, thus increasing its fan base around the globe. Actor Jamie-Lee O’Donnell assured fans that better things were coming for the fans of Derry Girls. For those of you wondering, Derry Girls is about misfits living in 1990s Northern Ireland, and it premiered in the U.S. on December 21.

So coming back to our main question, Season 2 of Derry Girls: The creator of Derry Girls Lisa McGee may have confirmed Season 2 for us by a 110% but she also mentioned the fact that Derry Girls Season 2 air date wasn’t confirmed at all initially. We may see Derry Girls Season 2 around March of 2019, but that’s just a time that the producers have in time. Lisa said that the heads were talking about March as aon Channel 4. But now as we are already in March, we have a confirmedavailable. The second season is supposed to release on 5 March 2019. Lisa also mentioned that if everything went according to her team may the team may even do a third installment to the series.

Tommy Tiernan, the actor who plays Da Gerry on the show, has confirmed for us that the show just finished filming last Friday. Tommy also mentioned that Things were entirely up to Lisa (McGee), the writer and the boss. The first episode is titled ‘Across The Barricade.’ The trailer of the following season is linked below!