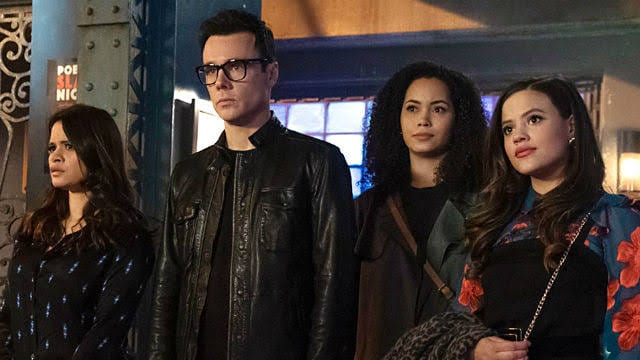 In this post, we are going to talk about Charmed (2018) season 1 episode 14 where to watch, and spoilers. But before that, it would be important to know what happened previously to stay in the loop. Therefore, the next paragraph will contain spoilers from the previous episode. So, those who have missed it should skip the next paragraph to avoid spoilers.

Everything was looking settled, but out of nowhere, Parker called Maggie and her sisters at the memorial of his friend, Judd. He jumped off with his girlfriend, Chloe, and he was shooting it too. Noah, one of the victims, noticed a flash, which could be supernatural. Interestingly, Chloe did not die, and only Judd died, making it more questionable. They realized Chloe was a pixie and she was doing what she was told to do! Then it was realized that it was Zack’s plan to kill all the other white male classmates, by using Chloe’s abilities. Mel finally got Chloe’s heart back from Zack! Now, let’s talk more about the next episode ahead.

The show can be watched online on the CW app, where all the CW shows are available to be streamed by adding cable TV subscription details to log in. Moreover, there are numerous online streaming service providers such as Hulu, Roku, DirecTV Now where viewers can watch The CW channel at the mentioned time to watch Charmed.

The next episode will feature Macy trying to deal with her demonic issues in several ways but nothing will work out, and it will even turn out worse. Also, Maggie and Parker’s relationship will take a significant turn which might decide their future! On the other side, Mel’s powers would be growing and the credit goes to Jada! Take a look at the trailer of the next episode.