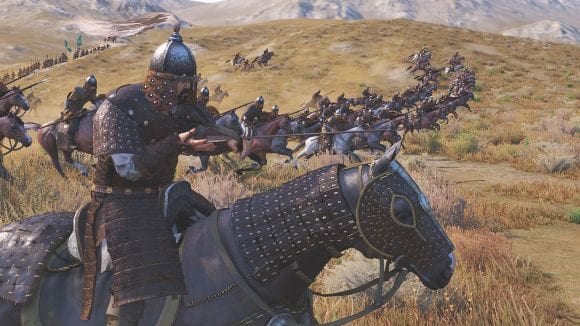 The primary mechanism of the game is kept the same as the earlier installments where players will perform the quests after forming a group of soldiers, however, there are improvements as well. It is said that Sieges will be more strategic, new improvements have been implemented in the relationships between characters and others.

The game is not yet released but Zerkovich on youtube has made the video on how combat works from beta testing of the game – you can check the video below:

Mount & Blade II: Bannerlord will be released on PS4, PC, and Xbox One in March 2020 for the early access. The official update is yet to be revealed. We expect to hear more about the game in the upcoming days, so stay tuned to Otakukart for more updates.

The setting of Mount & Blade II: Bannerlord is inspired by the Migration period, and the story takes place 210 years before its previous installment.

Recently, a demo was showcased which featured Mount & Blade II: Bannerlord’s 6v6 skirmishes and the Captain mode and according to TaleWorlds, the fans have brought the official team “ever closer to the release of the game.”

The closed beta is only for a selected group of gamers and the team has kept the number of players less which will allow them to engage testers directly and use the feedback to improve the game further.