Mob Psycho 100 is one of the most popular anime of all time, and the only way to find out if the anime deserves this position is by watching it. Here is everything you need to know about Mob Psycho 100 before watching it. At the bottom of this article, we have included the links to watch the anime legally in India.

Shigeo Kageyama is an average middle school boy, nicknamed Mob for lacking a sense of presence. Although he looks like an inconspicuous person, he is, in fact, a powerful esper with immense psychic power. To keep from losing control of this power, he constantly lives a life under an emotional shackle.

In order to help them learn how to control his abilities, Mob works as an assistant to con-man Reigen Arataka, a self-proclaimed psychic. Mob wants to live a normal life just like those around him, but a barrage of trouble keeps coming after him. With his suppressed emotions growing inside Mob little by little, his power threatens to break through its limits as he eventually encounters other Espers like the Claws.

After completing both the seasons of this anime, the story seems to be quite decent. Talking about the main and important characters, Mob (officially known as Shigeo Kageyama) has a good character development throughout both seasons. Mob was shown as an under-confident, low esteemed middle schoolboy at the beginning, but it really amazed me how he has tried to change himself, while not forgetting his morals of not harming any normal person with his psychic powers.

His main aim is to improve himself physically and mentally without using any of his powers. It seems like he is doing all this to impress his love interest Tsubomi Takane. On the other hand, we get to know about his (so-called) master named Reigen Arataka, who though claims himself as a spiritual esper (which, in reality, he isn’t). He is someone who cannot defeat their words. 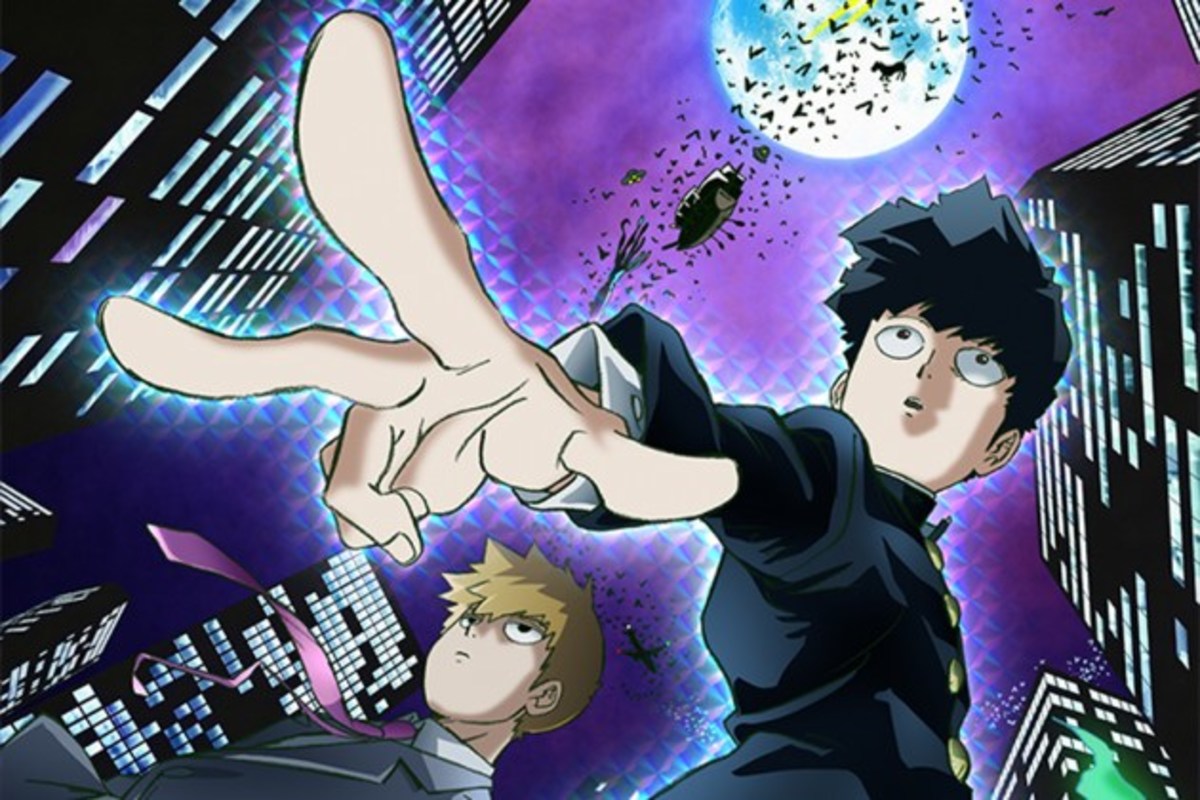 He is really good at debating and convincing others. Reigen also has some fighting moves, which he uses for self-defense. He uses Mob for his business but gives him a very less salary (though his attitude somewhat changes in the second season).

Then, we got Mob’s brother Ritsu Kageyama. Ritsu always tries to give a helping hand to Mob and is always eager to listen to him. However, he feels quite jealous of Mob as he doesn’t have any psychic powers like his brother.

The opening and ending themes of the first season are ‘99’ and ‘Refrain boy’ respectively, while those of the second season are ‘99.9’ and ‘Memosepia’ respectively. The openings and endings of both seasons are really good. The lyrics are well made and fit the plot of the anime. However, the opening theme of the first season seems more likable. It is recommended not to skip the opening themes when you are watching the episodes.

This anime is produced by Studio Bones. Studio Bones is a great anime studio founded in October 1988 and has produced much popular anime like Fullmetal Alchemist Brotherhood, My Hero Academia, Soul Eater, and many more. The creator of this anime is the one who produced One Punch Man.

That is why; you can see similar character traits in both anime. Even there are some appearances of One Punch Man in this anime. The first season of Mob Psycho 100 aired between July and September 2016, followed by a second season that aired between January to April 2019. There is also a live-action adaptation of the same from January to April 2018.