‘Dororo’ revolves around a ronin (a samurai without a lord or a master) named Hyakkimaru and a young orphan thief named Dororo during the Sengoku period. The ronin was born malformed, limbless, and without facial features or internal organs.

This was the result of his birth father Kagemitsu Daigo forging a pact with 48 sealed demons so that he might rule the land and increase its wealth and prosperity. In return, he promised the demons anything that they wanted which belonged to him. This enabled them to roam free and commit atrocities in the countryside.

‘Dororo’ is a classic anime, set in the era of Samurai, Shogunate, Demons, and Gods. The plot of the story is actually well filled with a lot of grief and pain. Initially, the pace of the story is a little slow; it tries its best to lay a foundation for the second half. Though every episode tells a different story, it would have been better if they could have connected the one-off stories to the main theme to make it more engaging.

Somewhere the story feels like it is being prolonged and could have been shortened. After a few episodes, the story catches pace majorly in the second half but becomes rather predictable and the climax also doesn’t give closure. There are also some direct loopholes and many questions remain unanswered. The story is great when you look at the historical aspects and the way it portrays a war-torn world with demons ravaging and feeding on humans.

The main key of the story is the emotions it exhibits pain, love, friendship, betrayal, and to fight for what’s yours, it also showcases the importance of family and a mother’s love. If you want to take a break from typical shonen anime, and want something classic, historical with lots of sword fighting then this show is recommended.

The ways his emotions are portrayed, i.e, of the demonic rage or of an innocent child is something that you can look forward to throughout the show. Dororo, the titular character, is interesting and important for the development of Hyakkimaru but he could have served more purpose in the story.

The sibling bond between Dororo and Hyakkimaru gives some of the sweetest moments in the show. The other characters like Biwamaru, are still suspenseful characters, and his story is yet to be told; Tahomaru, the other relatable character, for whom, you will only feel bad. Overall the set of characters is quite large but many characters appear only a few times like Jukai and Nui, so you eventually forget them.

The artwork is precise and crisp; the animation is quite great throughout the show, though there are some inconsistencies in the second half, these are only minor. The fight scenes are good but they are short and every time you expect a fully-fledged sword fight, it gets finished in a slash. Character designs have not been compromised.

The character design is nice, especially for Hyakkimaru; it is not an easy task to make a character without external organs that is capable of exhibiting his emotions perfectly. Dororo also looks great for the role he plays. Other characters, even those who appear only once have been greatly designed. Overall the studio has done a good job and the show is indeed watchable. 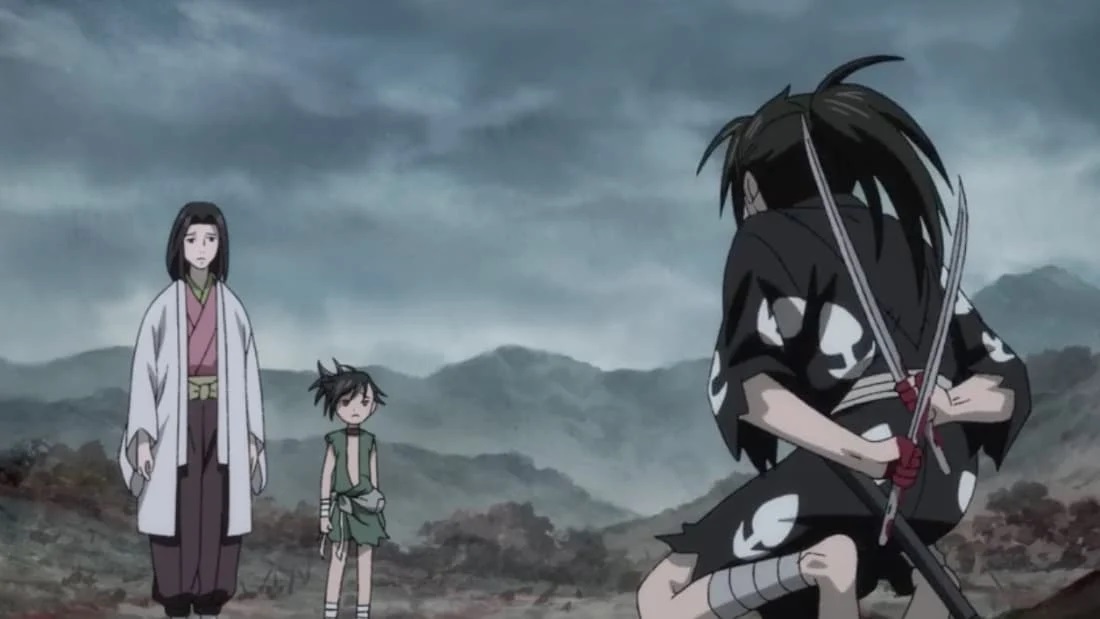 Yoshihiro Ike has composed the music. The openings are nice and sound great, the background score is given perfectly during fight scenes, and drum beats according to the era it is set in. The voice actors have also done a splendid job, Hiroki Suzuki as Hyakkimaru and Rio Suzuki as Dororo have greatly portrayed the emotions of the characters.

‘Dororo’ anime series is produced by MAPPA and Tezuka Productions. MAPPA has produced popular shows like, ‘Terror in Resonance’, ‘Yuri!!! On Ice’ and ‘Kakegurui’. Currently, the studio is working on ‘The God of High School’. The upcoming projects are ‘Jujutsu Kaisen’ and ‘Attack on Titan: Final Season’. The other studio ‘Tezuka Productions’ is known for series like ‘Astro Boy’.