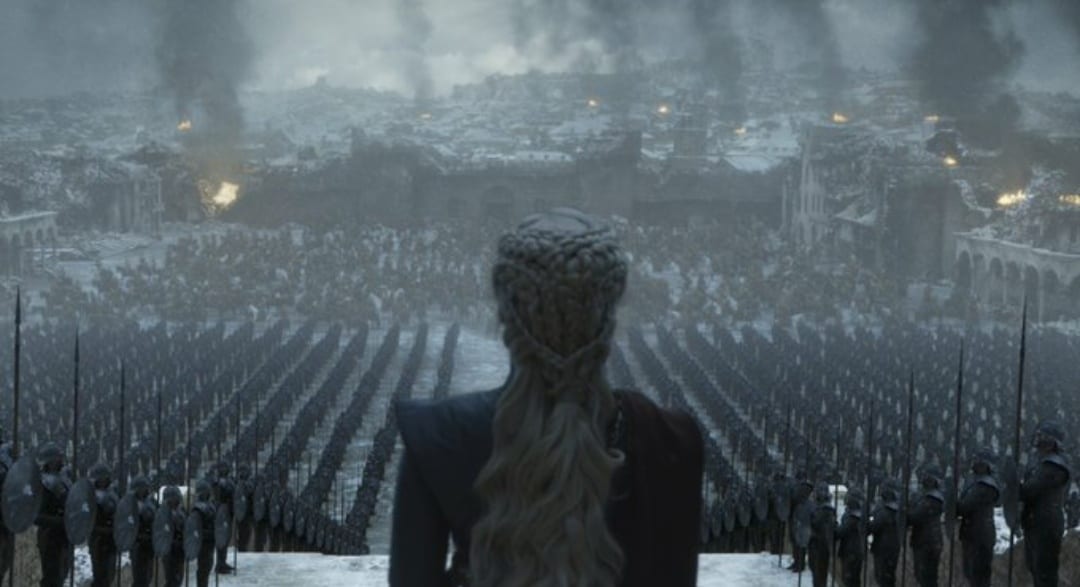 Game of Thrones Season 8 hasn’t quite gone the way the fans expected it to. Last week, we got quite a plot twist in ‘The Bells’, and this week, we expect nothing short of another controversial episode. The internet has responded harshly to the last two episodes, and knowing the spoilers for the next episode, we think more of the same is coming. Anyway, let’s start talking about Game of Thrones Season 8 Episode 6, which is also the finale of the series.

Starting with the title of the episode, we don’t quite know what it is. We can still speculate though, and we think the title for the final episode of the show will be ‘A Dream Of Spring’, which is also what Martin’s last book is going to be called. Moving on the spoilers, we know that we’ll pick up right from where we left off in Episode 5. Daenerys has burned down King’s Landing to a crisp, but if you thought she’s stopping there, you’re wrong. She wants to go on ‘liberating’ the world, and she honestly believes that this is helping people. She has officially gone mad.

Tyrion resigns as Hand of the Queen, and is thrown in a cell for betrayal. The people who remain at King’s Landing aren’t happy with Daenerys, neither is Jon. Jon tries to explain things to her, but she doesn’t listen. He tricks her by thinking that he gets what she’s saying and ends up stabbing her. Daenerys dies, and Drogon sees this. Strangely enough, he doesn’t do anything to Jon, but he destroys the Throne room, and ends up destroying the Iron Throne as well. He flies off with Dany’s body. Jon surrenders to Grey Worm, who has both Jon and Tyrion as his prisoners.

Sansa asks Grey Worm to let Jon go, but he refuses. Tyrion suggests that the next King should decide what to do with Jon. A democratic election is held, and Bran is elected King. He picks Tyrion as his hand. Tyrion decides that Jon should be sent to the Wall for his crime. Jon leaves for the North. Arya and Jon say their goodbyes, and she leaves to see the rest of the world that’s left unexplored. Sansa rules the North. Bran’s council consists of Tyrion, Davos, Bronn, and Sam.

Jon reunites with the Freefolk at Castle Black, and doesn’t just stay there. He meets Ghost again, and they all go to the real North, where they belong. Greyworm takes the Dothraki and the Unsullied to Essos to liberate the slaves. Drogon is seen somewhere, and Bran tells Sam to leave the dragon up to him.