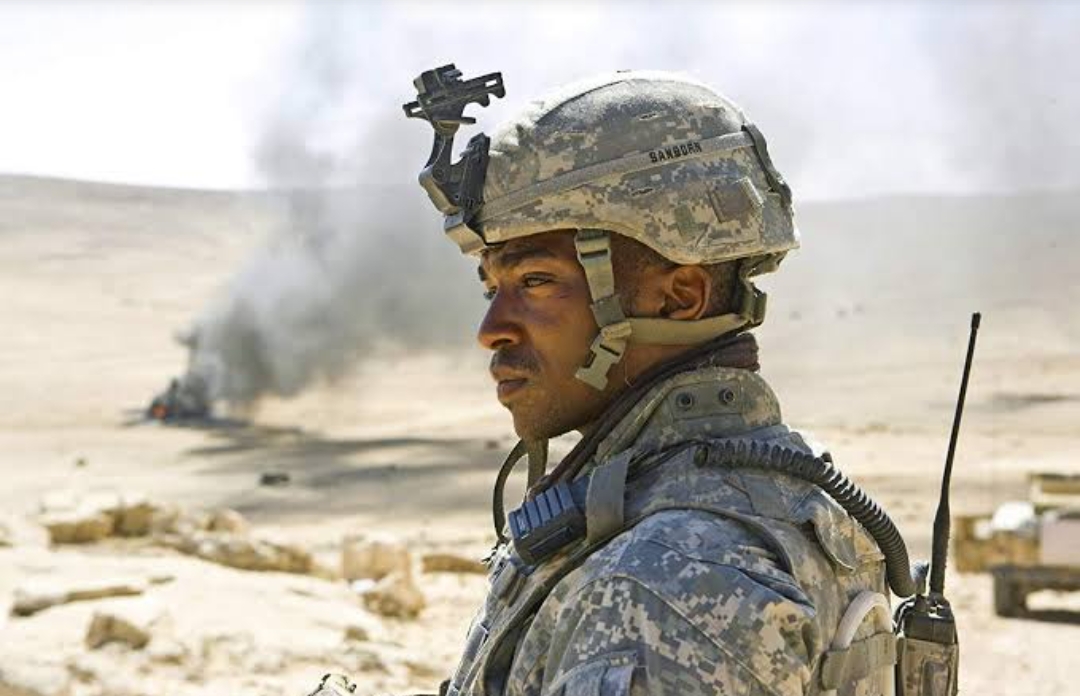 Anthony Mackie in The Hurt Locker

In case ‘The Falcon and the Winter Soldier’ brought you here and you still can’t get enough of actor Anthony Mackie, let me tell you that you are not the only one. He is one of those veteran actors who grab attention whenever they appear on the screen. With a captivating presence and considerable talent, he has appeared in numerous movies as supporting characters and has come all his way through hard work. Here are the top ten movies and TV series of Anthony Mackie that you must not miss. Let’s get started! 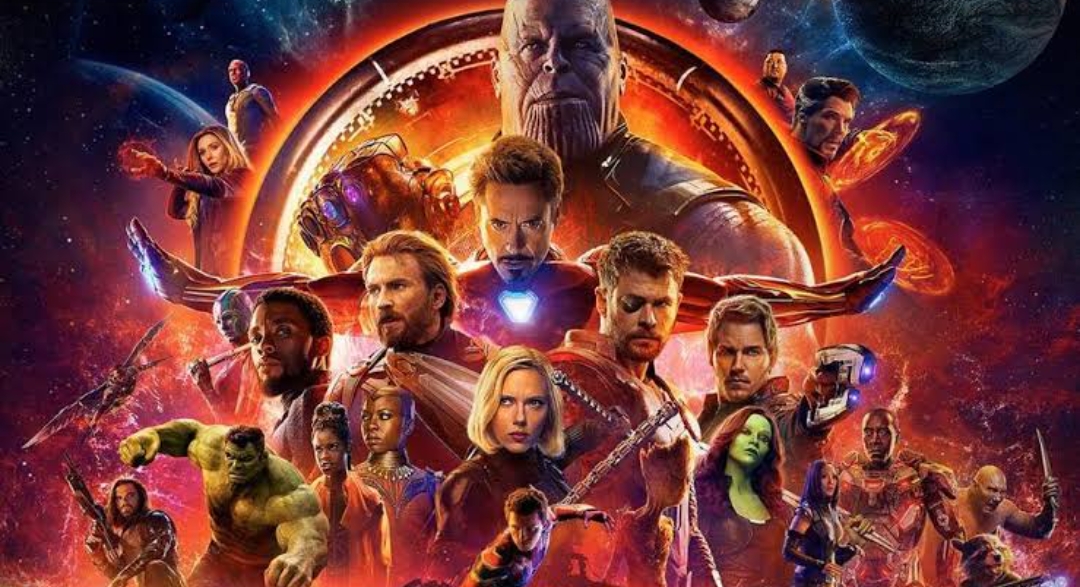 One of the biggest box-office hits of 2018, ‘Avengers: Infinity War’ featured an ensemble cast with Robert Downey Jr., Chris Hemsworth, Chris Evans Mark Ruffalo and Scarlett Johansson as the lead casting. Anthony Mackie played the character of Sam Wilson, also called Falcon, for the fourth time in this movie and had already established himself as an experienced actor of the Marvel Cinematic Universe when the movie premiered. Although he did not get a lot of screen time in the movie due to the huge cast, it was notable how he attempted to prevent the crazy Titan Thanos from owning the six Infinity Stones. The movie to available to stream on Disney+ and Prime Video. 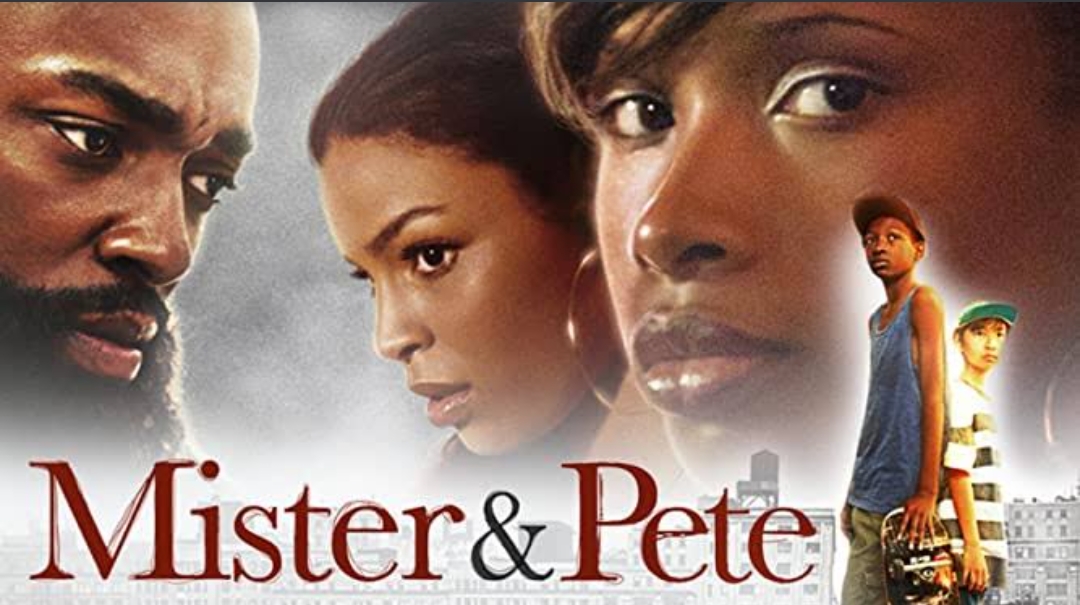 Definitely not a very hyped or popular film of Anthony Mackie, but the movie is worth a mention in this list. The movie is a coming-of-age story focusing on two young city youths, Mister & Pete who are left to manage on their own after having their mothers arrested. Anthony Mackie has been seen playing the role of Kris in this movie who is a drug dealer living in the same neighbourhood. The movie is quite unique and heart-wrenching and has done a really good job in commenting on some of the real-world issues. Starring Skylan Brooks as Mister and Ethan Dizon as Pete, the movie can be watched online on Prime Video, Vudu and Peacock TV. 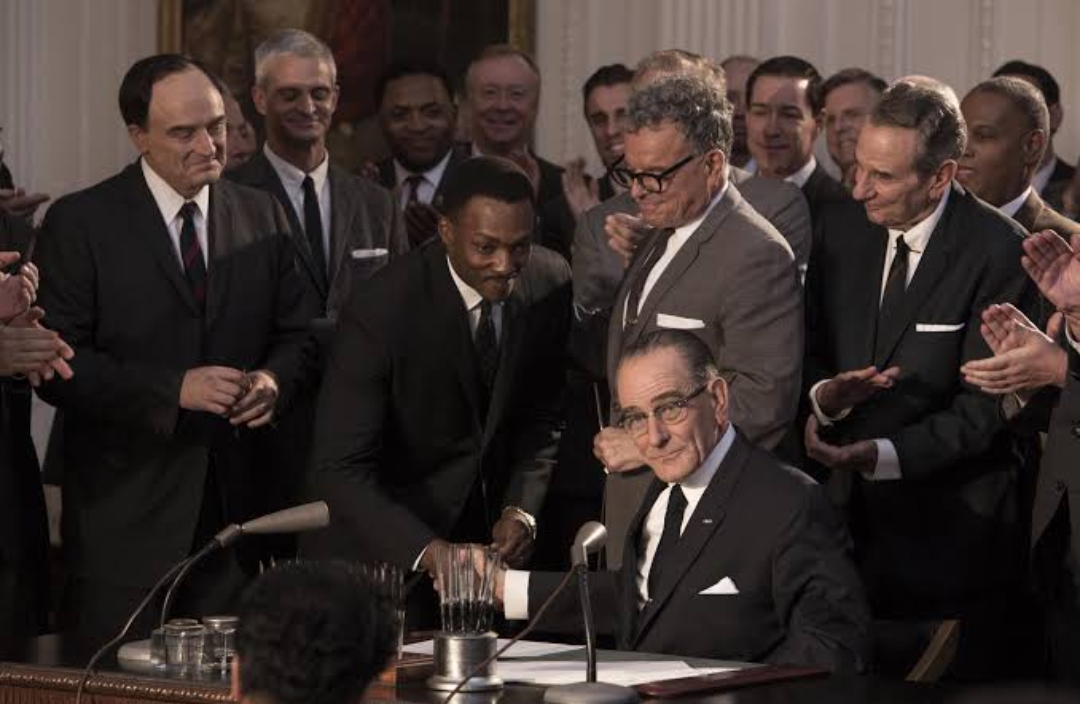 A Still from All The Way

How intimidating is it to take on the role of the Baptist minister and activist Martin Luther King Jr., who came to be known as the leader and most visible spokesperson in the American civil rights during the mid-1950s to late 1960s. Mackie not only did step into the historical role but also nailed it. The movie also stars Bryan Cranston in the role of Lyndon B. Johnson who occupies the seat of the President of the USA after the assassination of JFK. The movie has been critically praised, primarily for the performance of Cranston, and received numerous Primetime Emmy nominations for being compelling and powerful. The movie is available for stream on HBO Max, Prime Video and Disney+. 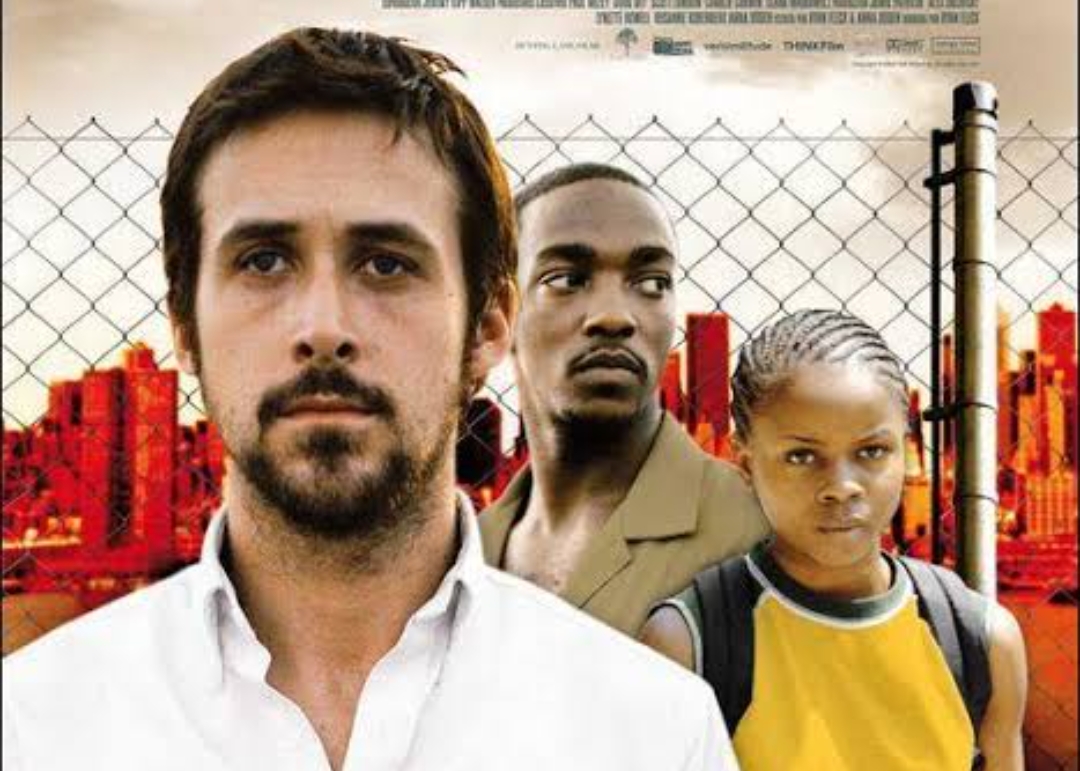 Starring Ryan Gosling, Shareeka Epps and Anthony Mackie in important roles, ‘Half Nelson‘ is about a passionate high school teacher, Dan Dunne, who suffers from drug addiction. He develops a strong friendship with one of his students, Drey, in order to help her stay on the right path. Mackie has played the character of a drug dealer named Frank who tries to get Drey involved in his business. ‘Half Nelson’ is not our typical story movie and can be heartbreaking for the viewers to watch. Ryan Gosling has been praised for his wonderful acting performance in the movie which even earned him an Oscar nomination. A brilliant movie in itself, the movie is powerful and leaves an impact on the spectators.

Anthony Mackie marked his debut MCU appearance as Sam Wilson through this movie starring Chris Evans as Steve Rogers aka Captain America, Scarlett Johansson as Natasha Romanoff aka Black Widow and Sebastian Stan as Bucky Barnes aka Winter Soldier. The movie showcased how great the character of Captain America could be for the first time, as he deals with the reality of how difficult it was to distinguish the friends from the foes. Mackie has been shown to be one of the closest allies of Steve. The movie delivered highly improved action sequences if compared with the first film. A critically as well as commercially successful movie, grossing more than $714 million globally, the movie is a direct sequel to the 2011 movie, ‘Captain America: The First Avenger’. You can check it out on Disney+ and Prime Video. 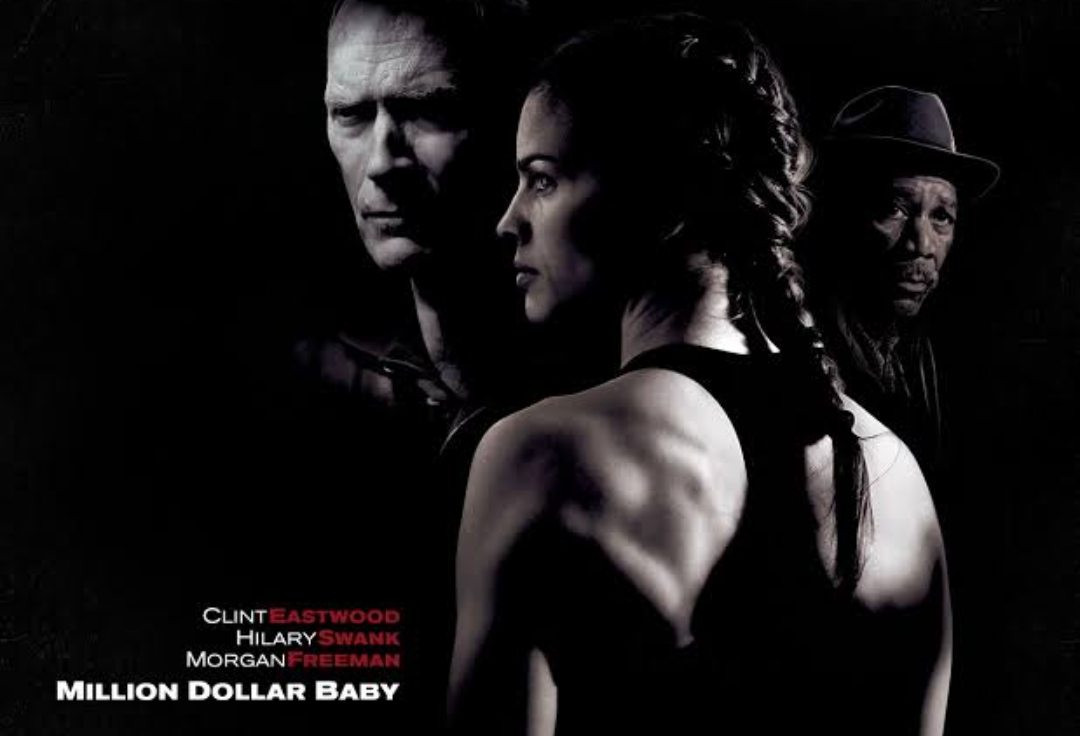 Inspired by ‘Rope Burns: Stories from the Corner’ written by F.X. Toole, the movie centres on a bitter old boxing coach named Maggie Fitzgerald who reluctantly agrees to train an amateur boxer, and later helps her achieve her dream to become a professional in her field. Also starring Clint Eastwood, Hilary Swank and Morgan Freeman in lead roles, the movie is one of the best performances of Eastwood and it is very likely that you will end up with tears in your eyes and a lump in your throat after watching it. Mackie has played the character of an unpleasant and arrogant aspiring boxer who trains at Maggie Fitzgerald’s gym as well. The movie can be watched online on Netflix and Prime Video 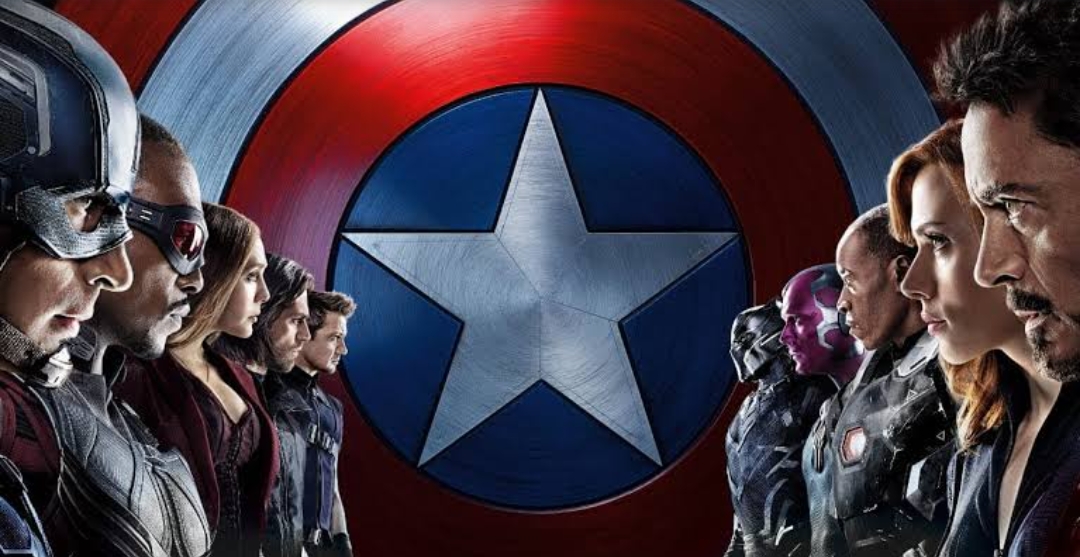 Mackie reprises the role of Sam Wilson for the third Captain America movie and serves as the right-hand man of Steve. The movie follows the Avengers dealing with the government trying to run his authority over the superheroes. This leads to the creation of disagreement between them dividing the allies into two teams, one led by Tony Stark and the other one by Steve Rogers. The movie marks the debut of some new characters including Black Panther and Spider-Man. There are a lot more superheroes who have thronged into the movie and has delivered a pack of an emotional wallop. The movie is available to watch on Prime Video, Disney+, Netflix and Vudu.

Anthony Mackie in The Hurt Locker

The movie follows the story of an explosive disposal team of Iraq who is attacked by the insurgents and showcases their mental reactions to the pressure of the combat. Co-starring Jeremy Renner and Brian Geraghty, the movie features Mackie playing the character of a member of the squad who struggles because of the unpredictable style of William James (Jeremy Renner). This intense and thrilling modern war movie has been praised for stellar direction and great performances. You can check out the movie on Netflix, Prime Video and Vudu. 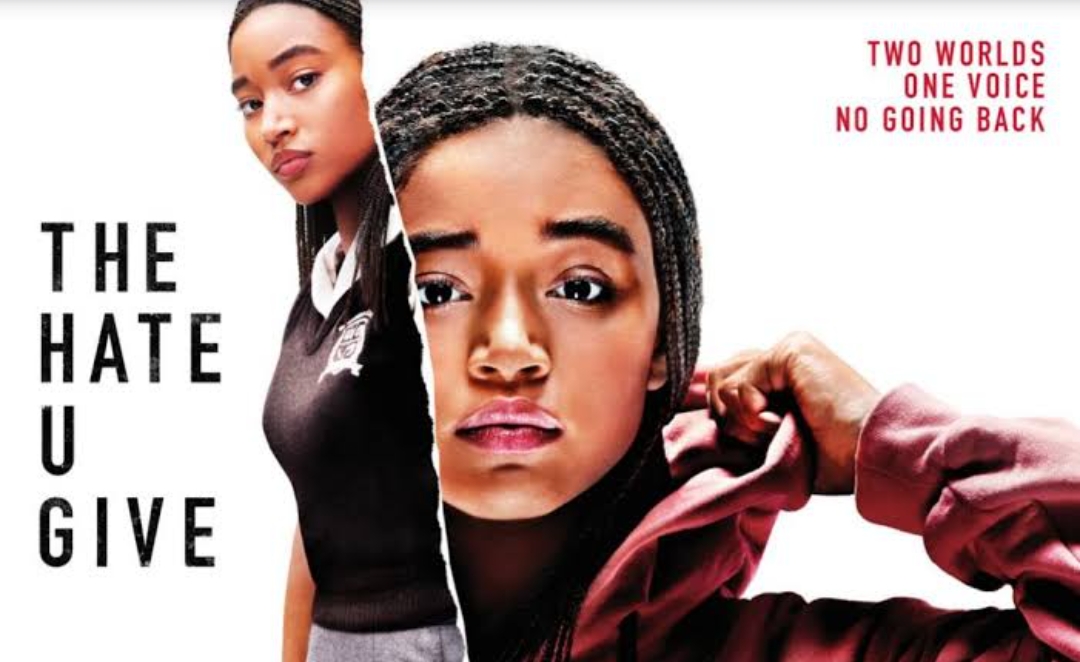 The Hate U Give Poster

Although Anthony Mackie is best known for his superhero movies, he has contributions in films related to real-world issues as well. Starring Amandla Stenberg as a high school girl named Starr Carter, the movie follows her witnessing the shot of her childhood friend by police. She decides not to remain silent on it though the entire community seems to think otherwise. In the movie, Mackie has served as a local gang leader. ‘The Hate U Give‘ is a powerful movie and talks about the injustice done to the African American community. You can watch it online on Prime Video, Disney+ and Vudu. 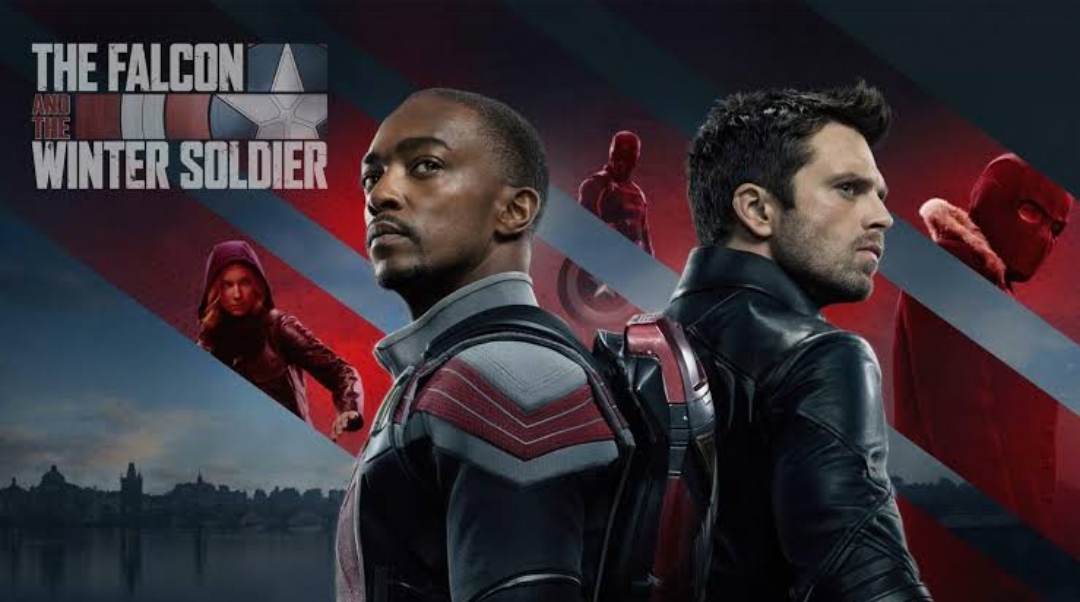 The Falcon and the Winter Soldier

One of the things that make the Marvel Universe amazing is the fact that every MCU character gets a movie or TV series of their own sooner or later. After supporting the previous Avengers’ films, Anthony Mackie has been seen reprising his role as Sam Wilson, after he was handed over the shield of Captain America by Steve Rogers in ‘Avengers: Endgame’ (2019). Also starring Sebastian Stan as Winter Soldier, the series follows Falcon teaming up for an adventure with Winter Soldier testing their patience and abilities. You can watch the series on Disney+ with a subscription.