Makoto Shinkai’s new film, titled Tenki no Ko (Weathering With You) is almost upon us. If you’ve been following anime movies then I’m pretty sure that you’ve watched one or two of his movies.

I’ve been a huge fan of Shinkai’s work, and to see him return with yet another movie later this year has me hyped. You guys probably feel the same way about his upcoming work, and we’ll be discussing all that we know about it down in this post below.

What Is Tenki no Ko about?
Shinkai’s films are usually focused on romance, thriller, and tragedy. While the exact premise of this movie is unknown, I think it’ll probably be the same. 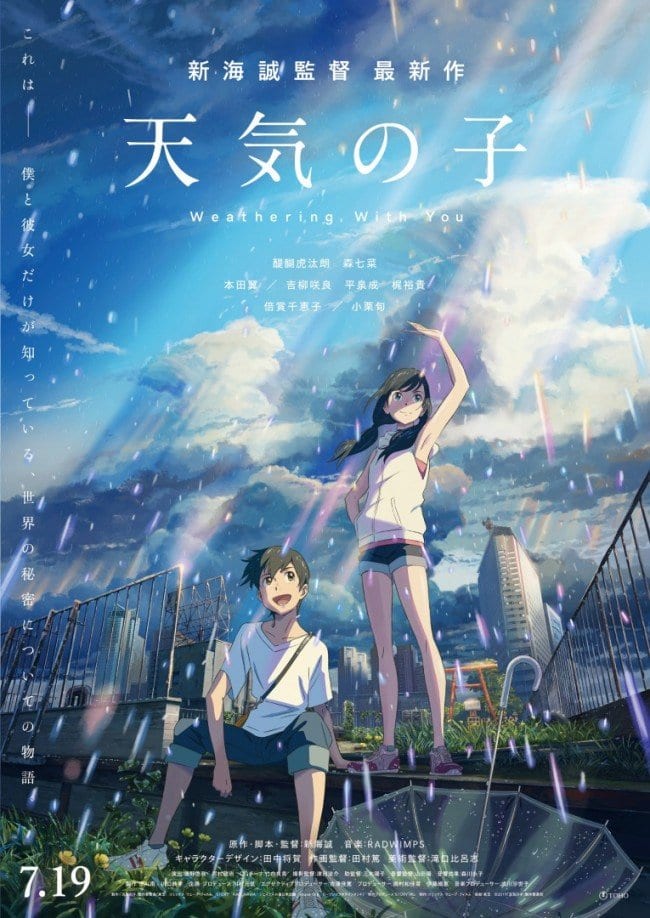 The movie is about a boy and a girl, who get their destiny baffled during the era where the balance of the weather gets messy. Hotaka Morisaki is a high school student who ran out of the house on the island away from Japan. Along the way, he met Hina Amano, a girl with a mysterious power who can make the weather sunny just by “praying.”

The movie is being directed and written by Makoto Shinkai, and being produced by CoMix Wave. The character designs for the movie are handled by Masayoshi Tanaka, while the animation is being supervised by Atsushi Tamura. The background art direction is being done by Hiroshi Takiguchi.

Are you excited about Tenki no Ko? Let me know your thoughts in the comments section below!