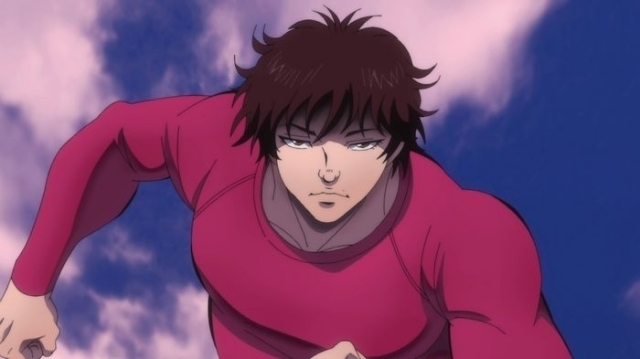 One of the most awaited anime Baki which airs on Netflix is will be released on June 4, 2020, as with the title Baki: Dai Raitaisai-hen. The anime Baki is one of the best and violent fighting anime with badass characters. And not for the faint-hearted. The anime is overall good enough to make one blood boil with rage and can feel the fight inside of the anime.

Baki originally from a manga series called Baki the Grappler which was illustrated and written by Keisuke Itagaki. It was originally serialized in Weekly Shonen Champion from 1991 to 1999 by Akita Shoten. There are 5 series of Baki: 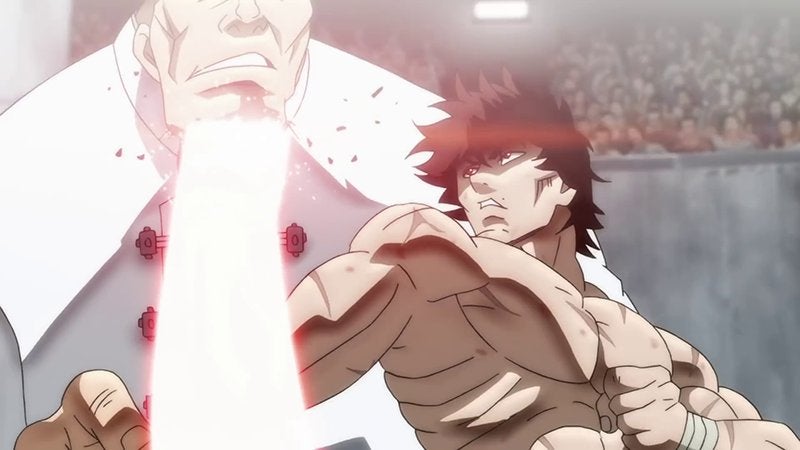 The story is about a young strong man Baki Hanma who spends every moment training and fighting. He has one goal and that is to surpass his cruel father Yujiro Hanma who is said o be the strongest being on Earth. The story focused on Baki and his path of becoming the strongest while he learns and masters various fighting styles. The upcoming season of The Baki is going to be the Chinese Biggest Tournament. When Baki’s body was ravaged by poison and had to move into China for a cure. But little does he know there is China’s biggest martial arts tournament which only happens once every hundred years.

His father Yujiro Hanma and Mohammad Alai Jr are going to participate in that Tournament. So In order to protect the prestige of Chinese martial arts and prevent the title of Kaioh from falling into the hands of foreigner Kaioh Masters too have joined the tournament.

The main character and the main protagonist of the Baki the series. He usually seems to be a laid back carefree guy but despite all of these he is also an aggressive and hardworking teenage boy. His goal is to defeat his father (Yujiro) who is known to be the strongest man alive. Moreover he not only desires to defeat his father he ought to take revenge of his mother, Emi Akezawa whom Yujiro murdered.

To train himself Baki, spends day and night honing his skills. He is a fairly known martial artist especially some who knew the Underground Arena, they used to pick fights with him. Baki knows that the fasted way to become stronger is to fight people who are stronger than him, to train his body, and learn the fighting experience.

The fighting way of Baki is different from his father and he believes that building relationships with the strong opponents makes him more powerful rather than crushing someone mercilessly.

You can also check the trailer provided by the Netflix here:

Yujiro is the primary antagonist of the Baki the series and father of Jack and Baki Hanma. He is the strongest character in the series. Moreover, Yujiro works as a freelance mercenary and also worked for the various government as an assassin and often called by the name of “The Ogre”.

Yujiro is found to be very cruel, arrogant, and also a ruthless person. He lives for the fight and always seeks for a stronger opponent. He is fully dedicated to fighting and fights many to go grow stronger and sometimes even murdering them.

Doppo Orochi is the grandmaster of the Karate Shinshinkai and also a 10thd dan grandmaster. He is also the father of Kiyosumi Katou and Atsushi Suedo. He owns many titles such as “Tiger Slayer”, “God of War” and “Man-Eater Orochi”. He is also known to be the former champion of the underground tournament which was hosted by Mitsunari Tokugawa.

Doppo is a very caring, wise, and strong man. He owns a Dojo, “Shinshinkai Karate” and takes it very seriously. Furthermore, no matter how many times he got praised or people looked up him, he always remained humble. Moreover, he deeply believes in his karate and never runs away from a match even if it’s Yujiro Hanma.

Kaoru Hanayama is one of the major characters from the Baki series. He is also known as the strongest Yakuza in Japan and one of the strongest characters in series. He often found to be very silent and a proud fighter. He has a code of not fall in battle even if it means his death. He is sometimes seen as a brotherly figure to Baki Hanma and often appears to comfort Baki. Though he wants to fight Baki to get Yujiro’s attention on him. Though he usually shows no emotions Hanayama deeply loves and respects his mother. Hanayome’s mother was a cancer patient and he revealed to Baki that despite being 35 years old she looked like she is 90 because of that cancer. Hanayama is very intelligent which is as expected of him who is leading the Yakuza even though he is young. However, he can be reckless sometimes.

Kaioh Retsu is one of major the character form the Baki series. His real name is Eishu Retsu and in his training days in Heilongjiang Bailin Temple, hew was called Shaoron Retsu. He is a Chinese martial artist and later became the heir of the Chinese Kenpo style in his temple. Other than that he is also a man of great discipline and skill.

Retsu once swore to uphold the honor and pride of the ancient art of kung-fu but later he acknowledged the world martial arts instead of claiming that the strongest martial art is Chinese Kenpo. Although having a keen knowledge of his martial art, he is willing to learn other disciplines and after being a friend with Katsumi Orochi he wants to learn as well a teach his arts at Shinshinkai Dojo.

As a trained martial artist Retsu possesses intelligence, unlike other martial artists where he can see and find the weakness on a fighting technique.

Goki Shibukawa is a character from the Baki series. He is the master of Jujutsu who too participates in the underground fighting arena. Shibukawa is a calm person but also have a violent side. Affected by the war he became completely ruthless when it comes to fighting. However, he also has a hilarious personality. He bluffs at his opponent like he is some weak old man.

His attitude toward martial arts is very strict. But he tends to look down on younger opponents and is willing to give a lesson.

Katsumi Orochi is one of the major characters from the Baki series. He was adopted by Doppo Orochi and became a prodigy of Shinshinkai Karate. He is also called as a lethal weapon. Katsumi was a very cocky character at first but later matures and became one of the strongest fighters in the series of Baki. He is also one of the types who didn’t give up, he challenged himself. Katsumi keeps improving with every fight whether he win or lose. Nonetheless, Katsumi can be sometimes a bloodthirsty person. Doppo and Katsumi’s relationship is like a father and son but with friendly rivalry but they do care about each other.

If you have watched anime like Kengan Ashura and Jojo this anime will come to your liking.