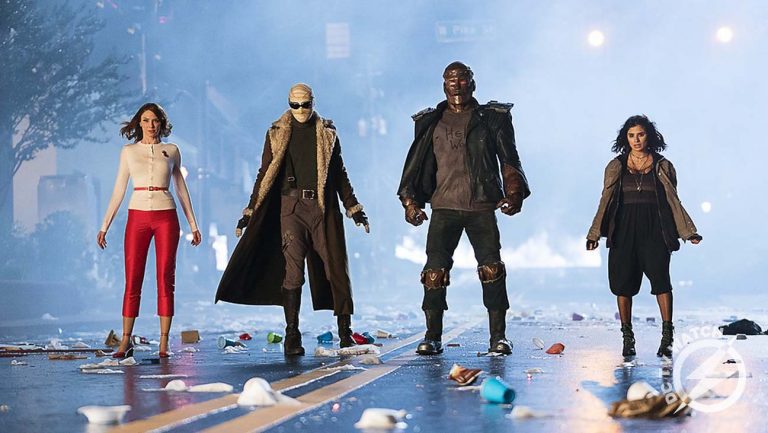 The superhero TV series Doom Patrol will be returning with Doom Patrol Season 2 this year, and fans of the show are extremely excited to see what the creators have in store for them. According to the latest updates, the second season will be very exciting, and it will welcome a new character in the form of Niles Caulder’s daughter. The first season performed very well, and with a healthy rating, it was renewed for the second season in July 2019.

We have gathered all the recent updates and information regarding the show, so here is everything you need to know about the upcoming Doom Patrol Season 2.

The superhero series follows the story of a group of unlikely heroes who received their powers through the tragic events that occurred in their lives, shunned by the people of the society. The heroes were put together in a team by a medical doctor, called the Chief who aided them, and in the first season, Chief was abducted which made the heroes venturing out for his rescue, however their lives changes when they learn the dark secrets behind their power and the connection of Chief with the tragic events happened in their past.

According to the latest updates, the imminent second season will be both ‘weird’ and interesting, and it is expected to pick up the story from the finale of season 1. Season 2 will explore the characters and how they adapt to their dynamic lives after learning all the treachery of Niles  Caulder. Their progression and how they deal will the shocking truth will be extremely important for the story. Also, according to popular speculations, the two villains Beard hunter and Mr. Nobody managed to survive in the finale of season 1, and their fate will unfold in season 2.

In an interview, Jeremy Carver revealed that the show had progressed a lot from the original story of Doom Patrol, and the TV show will explore all the different versions and the characters that have been introduced over the years.

Doom Patrol Season 2 is expected to return with a fresh batch of 15-18 new episodes.

Doom Patrol forthcoming season’s trailer is yet to be released, however, in the meantime, you can check the trailer of season 1 to get an idea of the show.

The cast of the upcoming second season of Doom Patrol include:

When is Doom Patrol Season 2 Release Date? Where to Stream it?

Doom Patrol Season 2 will be released on 25th June 2020, and you’ll be able to watch it on DC Universe and the new streaming service HBO Max.