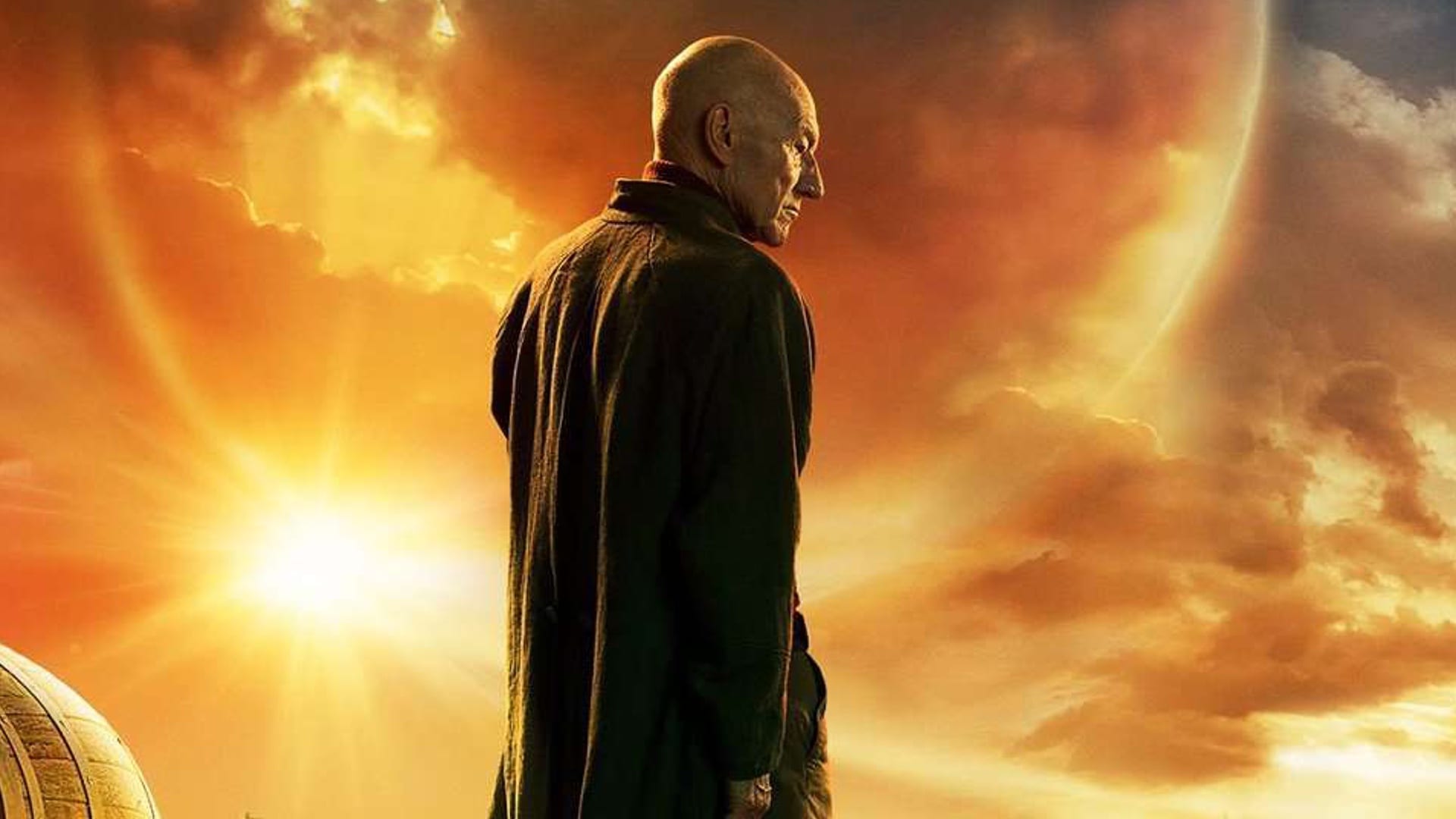 Recently CBS released key art for the Star Trek Picard, and there is something special about it. That image hints this will be much different from other Star Trek iteration. It will focus on a single planet instead of the planet-hopping quest. In one of the images, we see Jean-Luc Picard in civilian clothes instead of his iconic Starfleet-issued uniform, and he is standing at the edge of a vineyard. The sky is ablaze because of the setting sun; there are towers. He doesn’t care about going on an adventure; instead, he looks down on the ground.

In Star Trek: The Next Generation, Picard visited his family once in France, and this might be the same one. The trailer shows us that Picard isn’t a part of the Starfleet and now he lives in a much different place. Also, he has a companion who sports a nifty Starfleet insignia on his collar. In the other art we see the same Starfleet insignia, but this time it represents vineyard plantings, evoking crop-circles and other farmland symbols associated with UFO. It had a line which says, “The end is only the beginning.”

This vineyard setting is pretty good, but we all are hoping that Picard gets back to space where he does his best work. There has been no official update for the series. As for the cast members, Star Trek: Picard will have Alison Pill, Michelle Hurd, Evan Evagora, Isa Briones, Santiago Cabrera, and Harry Treadaway. This series will be making its debut on Comic-Con International in San Diego on 20 July.

Moreover, it is a part of a broader multi-franchise Star Trek presentation. This Picard component will have all seven of the announced cast members and executive producers Alex Kurtzman, Michael Chabon, Akiva Goldsman, and Heather Kadin. Also, it was recently revealed that Chabon was named the showrunner for the project. The series will be produced by CBS Television Studios in association with Kurtzman’s Secret Hideout and Roddenberry Entertainment. The first two episodes will be directed by Hanelle Culpepper.