By Amrit Chatterjee
In Shows
on September 14, 20202 min read

Doom Patrol gets renewed for season 3, and we have gathered all the details that you need to know. 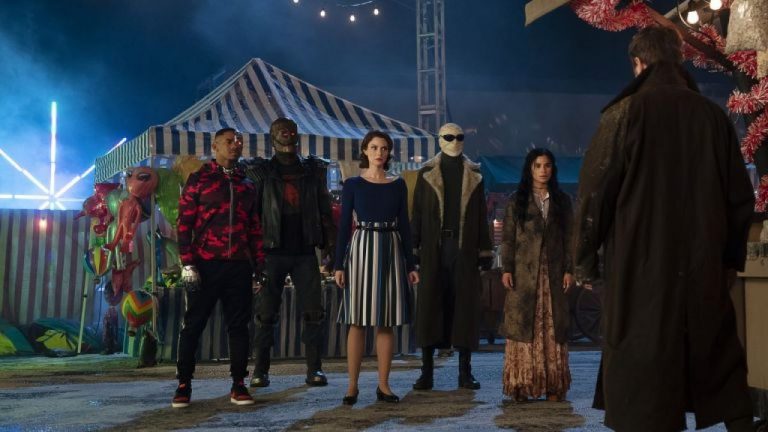 The DC’s new superhero TV series, Doom Patrol concluded its second season, and fans were much too surprised to see the new cliffhanger finale. Fans were hoping to see the show getting renewed, as it left too many questions unanswered, and we are glad to inform you that season 3 is now official.

Doom Patrol Season 3 has been renewed for a third season, and according to the latest updates, the upcoming installment will be a lot more intense than the previous two seasons. The announcement was made by the executive producer of the show, Jeremy Carver, and his statement read, ‘On behalf of the wonderful cast, writers, and crew, we are thrilled and grateful for the opportunity to return to Doom Manor.’ Also, there is one twist to renewal, and if reports are to be believed, Doom Patrol Season 3 will arrive exclusively on HBO Max.

Now, Coming to the plot of season 3, the show will have to answer a lot of questions that arose after the cliffhanger ending of season 2. It will most likely pick up from season 2’s ending, and as per the reports, the cliffhanger ending was not planned originally, and it was a result of the team’s rework due to the pandemic, so keeping that in mind, season 3 will pick up from the final scenes of season 2 that were reworked and changed. Apart from that, there are several speculations that hints the return of Mr. Nobody accompanied by new villains, Danny the Tire or Flex Mentallo.

Season 2 consists of a total of 9 episodes which are as follows:

Doom Patrol Season 3 is expected to feature at least 10-15 episodes.

Doom Patrol Season 3 might release sometime in the second half of 2021. The official release date is not revealed yet, however, we will keep you posted once the official word drops.