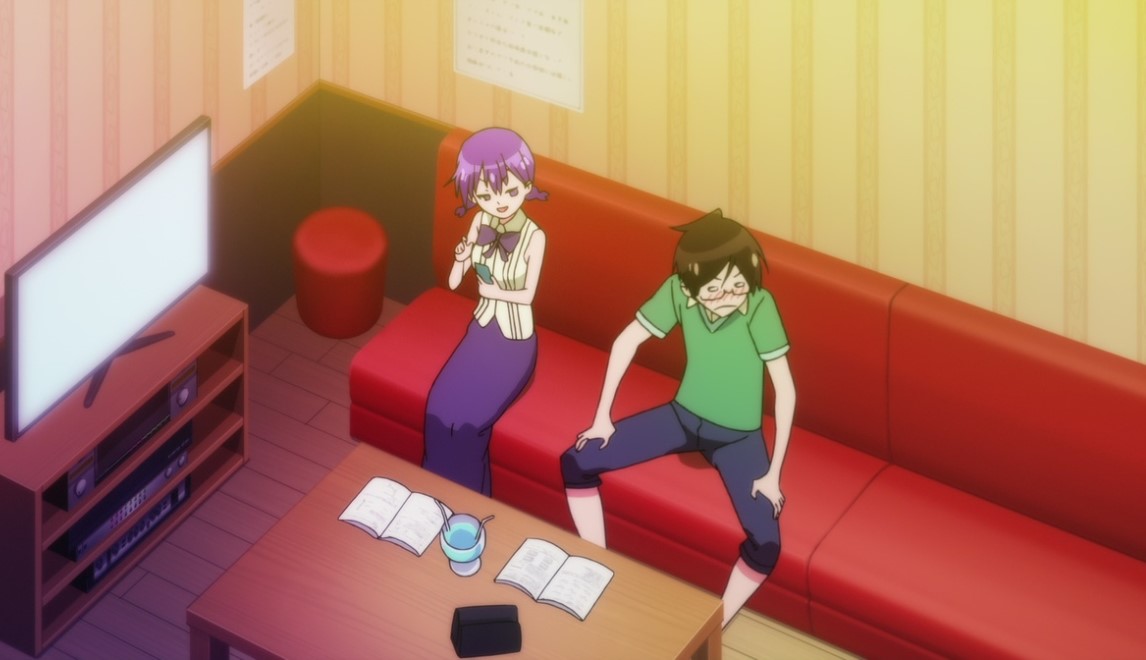 At the clinic where Asumi works, she heard a man’s voice saying hello you two. Asumi and Nariyuki are surprised to see Asumi’s father Nariyuki said a long time no see. Nariyuki asks him why he has visited the island and he replied that since Kasumi was called away he has to come and fill in. They offered him a coffee and he is looking at the two. Thinking that they should decide the date for the ceremony and he told Nariyuki that Asumi told him everything.

He said he knows how Nariyuki chase Asumi to live on the island. Asumi just looks at Nariyuki who is shying away hearing her dad talking. Asumi whispered to Nariyuki that she lied to her dad that they are in love and she can’t tell him the truth. Nariyuki is surprised to hear that and he just said WHAAT.? Asumi’s father started coughing and she explains to Nariyuki that her dad’s health is not in good condition. She is afraid if she tells him the truth about them not being a couple he will collapse.

Previously on We Never Learn Chapter 174

Asumi’s father thinks it is a special day for him and he said he wants to see the latest photo of two sweethearts. Asumi started taking a selfie so close to Nariyuki. They both feed each other taking some photos and he prases them. He said that they make a good pair of love birds and he uses his phone to take some pictures. Asumi’s father said that the photos of them sharing a kiss is missing. Nariyuki remembers all the time she kissed him and she apologizes for what is happening.

Later Nariyuki went home wondering how Kominami feels about him. On his way, he ends up meeting with Asumi’s father and he said he wants to tell him something. Asumi’s father surprise Nariyuki by saying that Nariyuki wants to tell him that he is not a couple with Asumi. Nariyuki is shocked that he knows the truth. He then told Nariku about his past relationship with Nariyuki’s late father. Asumi appears and said that she was just wondering was keeping her father so long.

She started running away. Nariyuki chases her asking her why she keeps on running away from him. She keeps on flirting and teasing him and he wants to know how she really feels about him. She ends up lying that she feels nothing about him and they both fall on rain. Nariyuki finds that she still has a bracelet that he gave it to her a long time back. While they are down the kids show up playing their game shouting for Nariyuki to help them.

The latest chapters of We Never Learn are available on VIZ Media and Shueisha’s Manga plus official platforms. Raw scans for new chapters are released 2-3 days before their respective chapters are released. To support the Manga creators and publishers, we advise you to read the digital copies from their official websites and apps.