Tesla begun the release of its V10 software update. For the North American owners, it is time for jubilation as thewill ensure that North America gets Spotify integration. The users living in Europe have been enjoying a Spotify app that has been integrated into Tesla’s system for many years now. In North America, Tesla had a deal with Slacker to provide music streaming services.

Many Tesla owners have criticized Slacker and it is unknown why Tesla has not integrated Spotify completely. If the rumors are anything to go by then it may be due to a dispute over the contract. The revenue that Slacker gets from Tesla is important to them and hence, they can’t afford to lose it. 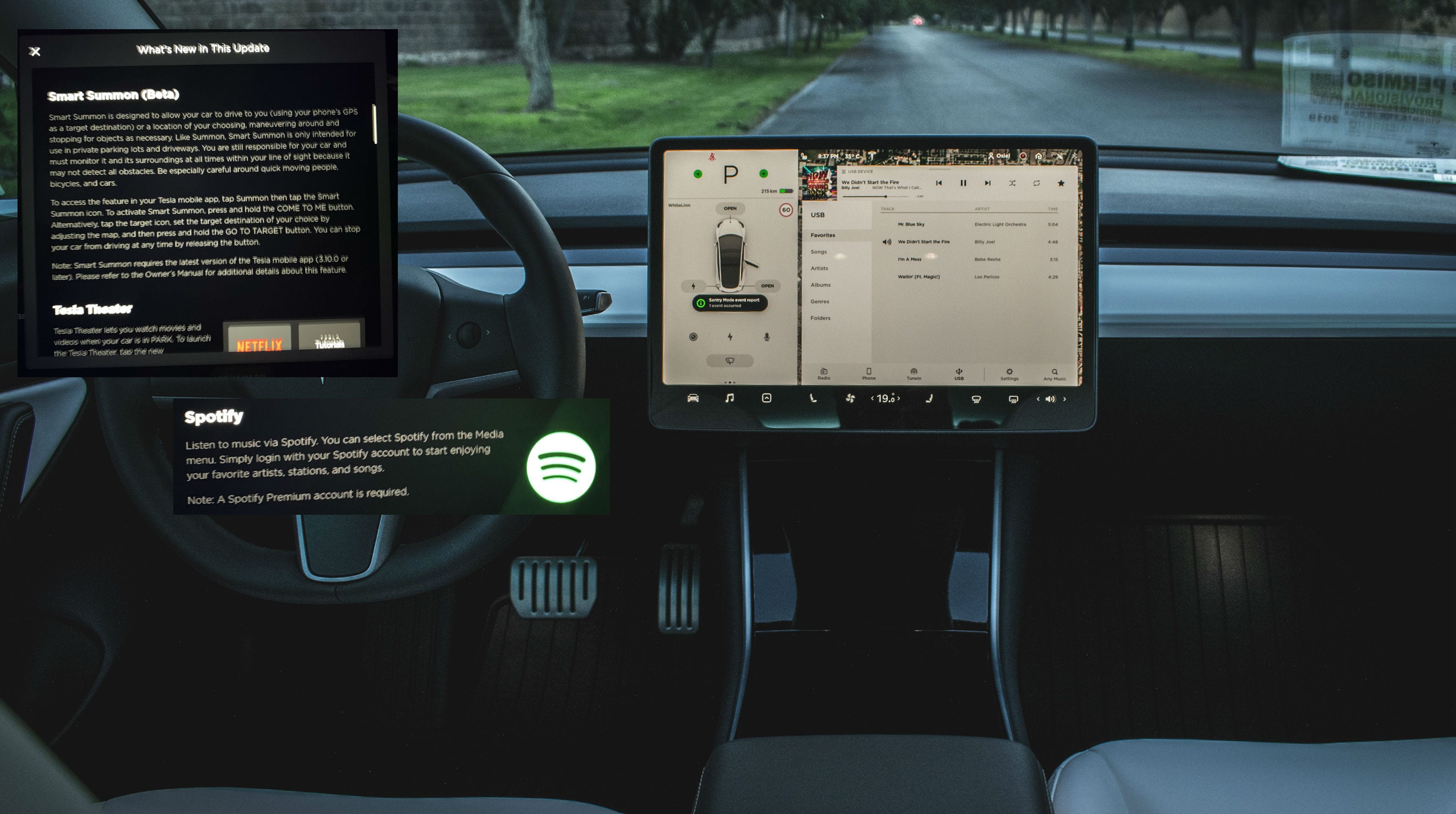 Earlier this year, Elon Musk confirmed that Tesla cars in North America would be getting Spotify. But, the feature did not appear in the different versions of Tesla V10 via the early access program. It is speculated that Tesla didn’t need to test the app because they had already running Spotify on their European cars. It makes sense.

The company notes that the owners need a Spotify premium account. A lot of European owners have made it known that the integration of Spotify is not perfect, but it seems to better than Slacker.

The wider release has begun and it will take some time for it to propagate. There is one thing that you should keep in mind that you will get thesooner if your software settings are set to “advanced.

Thewill start to roll out soon. So, you have to patient for a few weeks.