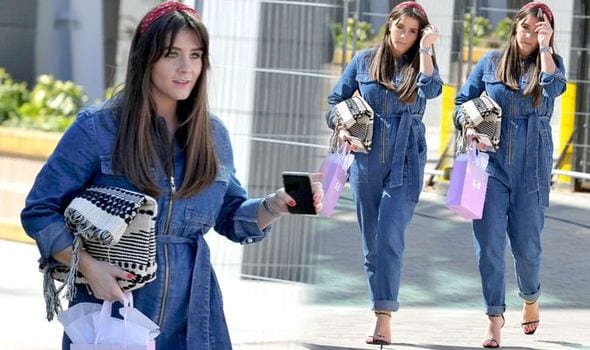 Coronation Street star Sophie Webster aka Brooke Vincent’s baby bump is fairly visible and blossoming. The baby bump was spotted by her dear fans, along with her final scenes just before maternity leave aired last night on TV.

Brooke Vincent’s character was not expecting a tot, so there was a really difficult time for Producers in hiding her tummy. The actress who plays Sophie Webster in the ITV soap was spotted talking to Alya Nazir at Monday’s episode. Alya Nazir had rung Sophie’s flat and she was spotted perched on the side of the sofa.

Brooke’s baby bump, was visible as the cameras pinned to her tummy. She wore a lemon and white striped jumper, that just rounded up in a baggy shape over the top. As Brooke stood up to give Alya a goodbye hug, the Jersey that clouded her tummy, the baby bump was spotted.

Brooke’s body shape on the ITV show was a matter of talk throughout the season. It was pretty obvious that her shape had changed. Although the directors and producers thought the baby bump could be hidden, fooling loyal fans isn’t all that easy. Fans went onto Twitter to say that they could still see Brooke’s bump, and others credited Corrie for hiding her baby bump.

We wish both the mother and the baby pink of health.