Blackout is an American action thriller released on 12 October 2022. It is directed by Sam Macaroni and produced under the banner Patriot Pictures. The main star cast of Blackout includes Josh Duhamel, Omar Chaparro, and Abbie Cornish. For people who love watching action films, Blackout can be a good choice. The cinematography and screenplay of the 90 minutes thriller are done by Mateo Londono and Van B. Nguyen, respectively.

The film’s plot involves a man who lost his memory after getting severely injured in a car accident. After waking up, he realizes that he is being chased away. He has to figure out why and who wants him dead. The writer didn’t elongate the initial scenes and gave us a basic idea of the upcoming event. However, the film is relatively fast-paced. The film is available to stream on Netflix in multiple languages. 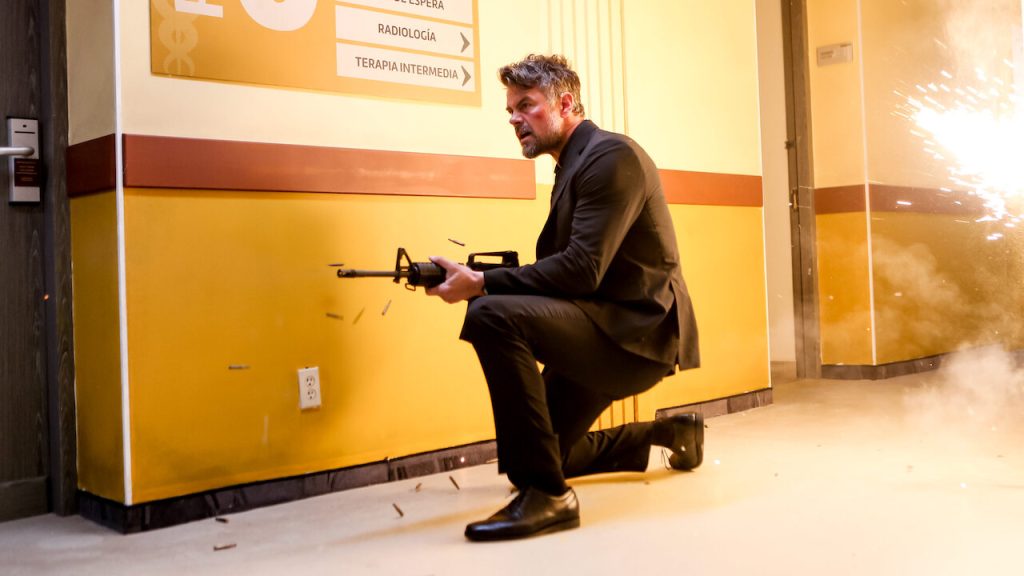 Joshua David Duhamel played the role of the protagonist in Blackout. He is an American actor and former model. He made his acting debut on ABC’s soap opera All My Children as Leo Du Pres and starred in NBC’s Las Vegas as Danny McCoy. He also appeared in essential roles in five transformers films.

Cornish played the role of the female counterpart of Caine. Abbie is an American Actress and singer who is best known for her roles in the films like Somersault and Bright Star. She has worked in movies like Geostorm, Limitless, and Sucker Punch, playing essential roles. She is a brilliant rapper, singer, and songwriter. She was a part of the Australian hip-hop group Blades and has released songs like ‘Evolve and ‘Way Back Home.’

Nicholas King Nolte is a well-known American Actor who has starred in films like The Prince Of Tides, Warrior, and Affliction. He has won the Golden Globe Award for Best Actor and was nominated in the Best Actor category of the Academy Awards for the film The Prince Of Tides. He started his acting career in 1969 and has been acting till now.

Omar Rafael Chaparro Alvidrez is a famous Mexican host and comedian. He has also done voice roles in films and is also a singer. He has dubbed movies in Spanish by working as a voice artist for the films ‘The Incredibles’, Kung Fu Panda series, and Luca.

The film begins with Cain carrying confidential information regarding international crimes and their masterminds. He got into a car accident and got injured severely while trying to secure the documents. After waking up at a hospital, Cain loses a part of his memory and is not able to identify anyone present in front of him. Due to the accident and sudden memory loss, it was hard for him to come to his senses, but he stayed alert to his surroundings.

On the other side, Ethan McCoy, a DEA Agent, went to Cain’s house in search of him. He panicked as he found the house burnt and Cain not present with the suitcase. A white woman, Anna, sitting alongside Cain, refers to herself as his wife and a Mexican man, Eddie, tells him that he is his best friend, but Cain is reluctant to believe their claims. According to Eddie, he and Cain share a brotherly bond, but Eddie has dark motives behind it.

DEA kept searching for Cain and the suitcase until Cain contacted them through a phone call. He held the call short and got them through a number safely stored in his pocket. After exploring the hospital, he found a fake wall leading to a secret chamber where drugs and illegal weapons like arms and ammunition were stored. The woman there told him that he was a part of the cartel. Anna nurses her wounds while he makes a call to McCoy to identify himself. He learned he had been working as an undercover DEA agent for the past five years. He is working closely with Eddie in search of the suitcase. Eddie has left his men on the hospital premises to kill Cain, but Cain deliberately tries to leave the building fighting Eddie’s men. He is getting parts of his memory back, but they are all blurred.

After getting enough information from McCoy, Cain tries to escape through a vent but ends up in the hospital’s church. Diego (one of Eddie’s men) tells him he stole money and a suitcase. He killed Diego and told Eddie to meet him on the rooftop. Eddie hides his men on the rooftop in case of any danger. Cain tries to settle down with Eddie and tries to recall his memory of the suitcase. During the process, Eddie mistakenly signals his men to shoot, which makes him escape. The rest of the story involves Cain hunting down the truth and solving the mystery of his identity.

Blackout has pretty good fight scenes and stunt work for a good-budget film. Action scenes, including bloody fights, were shown without the help of CGI. The film was shot in Mexico. Therefore the cost of filming was low, making it possible for the makers to shoot action scenes without the help of graphics. This made the film look more realistic and was a bonus for the film.

The film focused more on actions and stunts than the storyline. The plot is not so impressive as the movie is fast-paced and lacks originality. The language used in the film is not child friendly, as the F-word is almost used in every dialogue.

The lines used in the movie fail to create an impact on the audience. In Blackout, action speaks louder than words. Macaroni didn’t waste a single minute by stretching the plot, as the film’s total run time was less than 90 minutes. 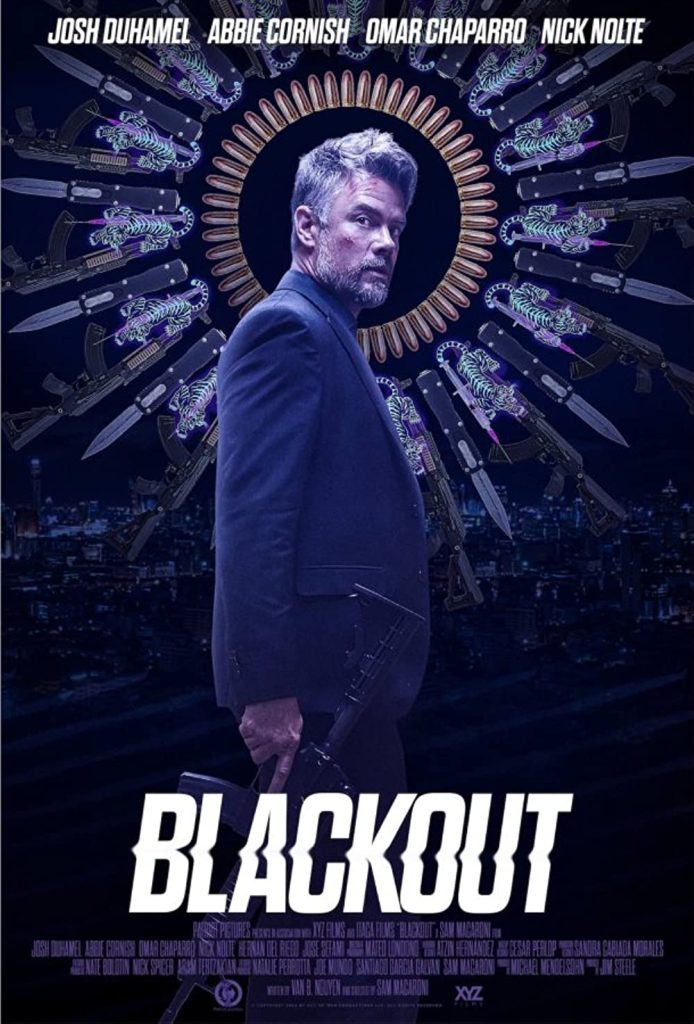 Some scenes in the film can make our eyes roll 360 degrees. Things like Eddie not searching Cain’s room at first or the DEA team sent in Mexico to investigate with their uniforms on. Stuff like this made the storyline of the film seem like a joke. The writing is done weakly, and the editing is terrible. The direction also lacks creativity.

If rated, Blackout would get 6 out of 10. The film is a good watch for people who love action and just watch them for their fight scenes. The film lacks a strong storyline and can be watched only for its fight scenes. The use of strong language and a few nude scenes make the film A-rated. For cinematic experience, Blackout is a waste of money and time.