The new season of WWW Supercard was just announced and guess what? It is coming this month!

WWW Super-card will include the newest features, such as a simplified card system. The announcement was made by 2K. The catch here is that Season 6 of WWE Supercard will be titled as “season six” only, besides coming out this month. Furthermore, we heard that a couple of new features for WWE are on the way, including a redesigned card system and additions to Pro’ing cards, as well as new tiers. How many you ask? Three we confirm.

The official announcement went something like this, after the game makers had series where different ideas were played around with, they decided to call Season 6 as just Season 6 and not something like “CARDS: THE VIDEO GAME” or “SWEATY MEN TRAPPED IN RECTANGLES”.

There are obviously a ton of new features that are announced besides this, that very well carry the potential of how we play SuperCard. The first thing is that hood on card systems is popped for the sake of simplification and redesign. Obviously improving is added, which will allow you to make the strongest cards to date. 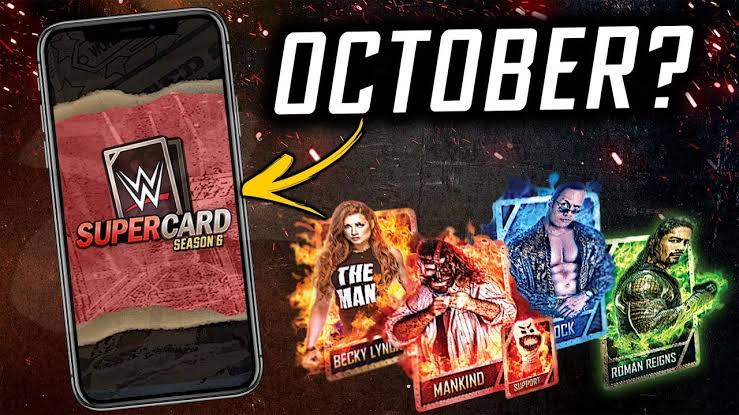 Season 6 is all about increasing on SuperCard as a hobby. That is where the collective heads at SuperCard HQ are. So, when you play, dynamic content will be noticed as the game shows that it is all about WWE stuff.

The announcement was ended with something like- See you this November. So November it is.