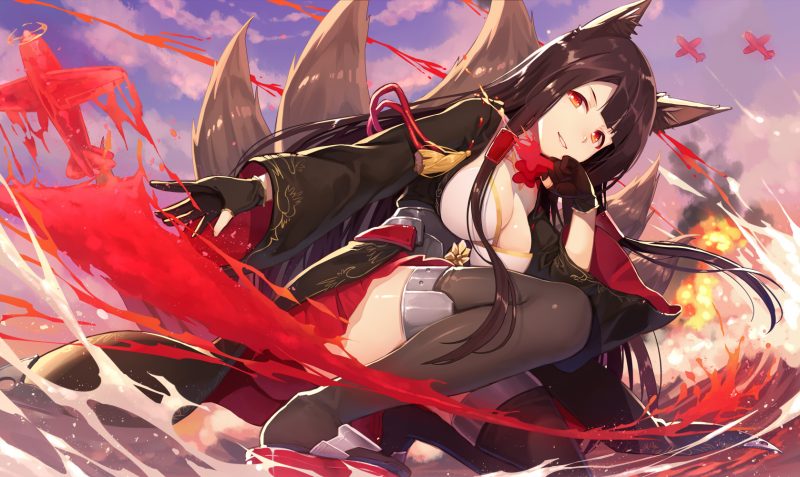 We are going to be talking about Azur Lane Episode 9 streaming, time, and preview. Before we begin, please keep in mind that this post may contain official spoilers from the next episode of the anime. If being spoiled is not for you, we suggest that you stop reading the post here. However, if spoilers don’t bother you, we can get started. Before we focus on episode 9, let’s shift our focus on episode 8.

It seems like episode 8 of Azur Lane was quite impressive. So, we got to see a lot of action in the second half of the episode. Sakura empire possesses some dark powers. That’s why our Azur Lane forces didn’t want to allow the Sakura Empire to fight in battle. Furthermore, Zuikaku and Shoukaku did their part pretty well, but Gold Eyes Enterprise showed up. It’s because we all know that Gold Eyes Enterprise is really overpowered. On the other hand, when Ayanami Showed Up, she projected her best fighting style. Overall, Azur Lane Episode 8 offers great fan service. Now about, Azur Lane Episode 9.

Azur Lane Episode 9 will be airing on 5th December 2019. We have a preview of the episode as well as thein JST. Azur Lane releases its new episode every Thursday at 10:30 PM JST in Japan. We are also going to talk about where to watch Azur Lane Episode 9 online.

You will be able to watch Azur Lane Episode 9 online on Crunchyroll and FUNimation an hour later after they air, you can also stream it for free on various streaming platforms, but we highly advise you to stream it on the official platforms only.