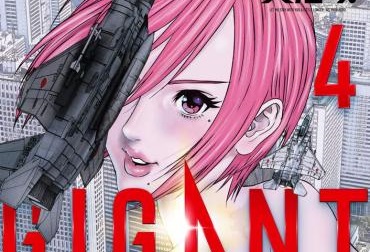 In this article, we will be talking about the “Gigant”schedule for its latest chapters, where you can read new chapters as soon as they are released. The manga has been releasing mostly in bundled volumes, which are widely available in various sites across the internet. It seems like digital copies are not as widely available abs most websites have raw chapters, which might vary according to countries and regions about when they can be available.

Gigant follows the life of Rei, a high schooler who aspires to become a film director. Inspired by his father, who works for Toujou film production, he ended up making his own short film with his friends. While he was out scavenging actors for his film, he came across a poster of Papiko, a successful actress within the industry, stating that she lives in the area. When he tears down the poster, Papiko appeared before him, leading to them working together in the end.

Gigant is currently released by “Hyakuro Translations & Kingdom Italia” for its English translated Manga. The release schedule so far has been once every week, with double chapters sometimes released for two weeks in advance. We can expect Chapter 47 to be released next week as Chapter 46 was just released yesterday

Where To Read Gigant Manga?

Gigant Manga has released only four volumes so far, printed by “Big Comic Superior,” starting from 2018. You can find the information about its latest chapters and releases on Mangatokyo and even get access to its previous Manga volumes. Most of its volumes, including the latest ones, are available for sale in most Manga selling websites, including the official “rightstuffanime,” where you can get al four volumes.