Manbagi told Komi’s competition for Tadano to continue on the latest chapter of ‘Komi-San wa Komyushou Desu.’ Also known as “Komi cant communicate,” this manga released its latest chapter on the 24th of December 2019. So in this post, we are going to talk about ‘Komi-San wa Komyushou Desu’ Chapter 233 scans, and spoilers. As usual, we will talk about the spoilers first, and if you do not like them, you can scroll down for more information about the release schedule of the upcoming chapters. 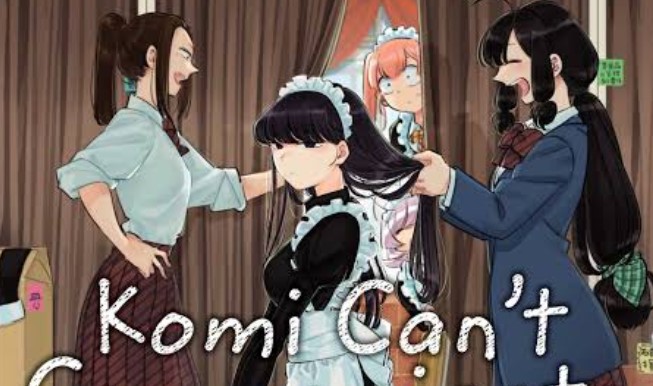 Komi accidentally ended up asking Emoyama to go look around the festival with her. She told her that it was just something she was rehearsing for the play, and it was not a serious issue. After the play ended, they went for lunch as Komi was a little worried that she couldn’t spend as much time wit Tadano but was glad that he was having fun. Afterward, they went inside the haunted house to cheer up as they had nothing else to do.

Komi Can’t Communicate is serialized on Weekly Shounen Sunday, which for some strange reasons releases on Tuesdays weekly. This means that unless there are other interruptions, Chapter 233 will be published together with the Sunday Magazine on the 31st of December 2019.

The Manga was first published In Weekly Shounen Sunday as a one-shot chapter in September 2015, as the regular series started later in May 2016 and is still ongoing as of date. Viz Media had licensed the series, and new chapters are available on its official websites and platforms. To support the Manga creators and its publishers, we recommend that you read the digital copies from the official websites.

What Is ‘Komi-San wa Komyushou Desu’ Manga About?

Written and illustrated by Tomohito Oda, Komi Can’t Communicate is about Shouko Komi, who immediately receives an overwhelming surge in popularity due to her unprecedented beauty and refined elegance that her classmates perceive her to possess. Hitohito Tadano, who was allocated a seat next to her, discovers that hidden behind all these, Komi has serious issues in communicating with others. Then he sets out to help Komi on her quest to make 100 friends.