Netflix’s British comedy teen drama titled “Sex Education that came out on Netflix in 2019 became a quick hit as it was praised and applauded by audience and critics alike for its positive take on teenage insecurities about sexualities, bodies, and mental health. The series managed to grab over 40 million viewers within the first month of its debut and since then has remained one of the prominent originals to come out from the OTT giant. Sex Education keeps doing and breaking the hearts of the audience is the constant missing relationship between Otis and Maeve’s main characters, who have feelings for each other.

Still, the situations play their role in not making it happen. A similar thing led the season 2 of Sex Education, which wrapped up last year in 2020, where the finale ended with another huge cliffhanger where we almost had a satisfying end, but it is what it is. Since then, all audience is left with is when will season 3 of Sex Education arrive as it has been almost a year and what to expect from it.

Asa Butterfield on his character and Sex Education Season 3

Asa Butterfield sat with The Guardian to talk about Sex Education Season 3 and how his character is going to fold up in the upcoming story for the third season of Sex Education. Asa Butterfield was asked about being back on the sets as he replied, comparing it to a miracle as he feels like they just came out of prison. Butterfield explained that they were all too overexcited because it was for the first time in a long time that a group of people was together as he called the work a blessing and stated that he won’t take it for granted ever again. 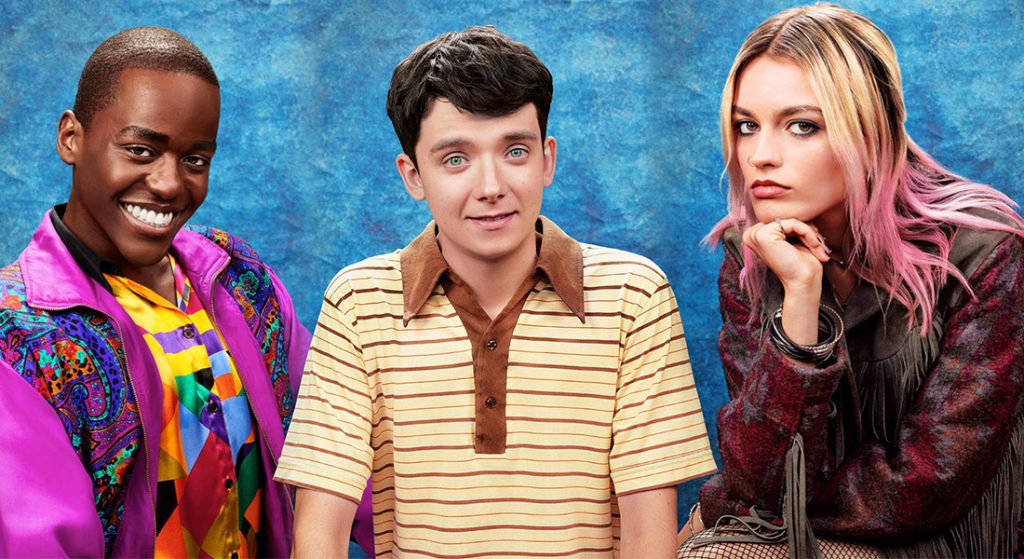 Talking about the upcoming third season of Sex Education and Otis’s character development, Asa Butterfield revealed that there is set to be a bit of a time-jump since the cliffhanger of Sex Education Season 2 and further stated that Otis is back at school. Still, this time he will be quite different. Asa Butterfield further revealed that Otis has grown up a bit and become slightly sassier, and the actor had fun portraying the newfound charisma of the character. And for the old Otis fans, Butterfield assured that the character is still a little bit awkward too.

The Guardian further asked Asa Butterfield about some facial hair on Otis, as revealed by a leaked image from the sets to which Butterfield admitted that they got snapped by a paparazzi while filming then, fans have been freaking out about Otis having a mustache. Butterfield revealed that the mustache isn’t real and it won’t last the whole season long and believes that nobody could bear it for so long.

While talking about the romance between Otis and Maeve, which fans are dying to see, Butterfield revealed that he does feel the pain of the fans since the series is only teasing and stretching their relationship for so long and revealed that their relationship would continue to develop further in the coming third season of Sex Education. Butterfield revealed that the viewers would find out why Otis was running Sex Therapy in the first place; it was to get close to Maeve or just because he loves helping people like him.

Related: Top 15 High School Teenage Dramas Of The Decade That You Need to Watch in 2021

So far, from everything revealed by Asa Butterfield for Sex Education Season 3, it seems like we are getting a completely new and more confident Otis in the coming season with a little bit of awkwardness from the prior ones. The new confidence and more mature Otis might result from all the downfall he had during the second season as he tried to reconnect with Maeve played Emma Mackey in the finale only to get his feelings not delivered, “No Thanks” to Issac played by George Robinson.

We might also see Otis taking a look in the mirror as he figures out the reason for all this. He started Sex Therapy in the first place in an agreement with Maeve. Did he always had an attraction towards her, or was it just because he wanted to help people just like him. Anyway, we are getting a ride of our favorite teenage characters becoming more mature as the cast of the series will be seen growing up and becoming more sensitive as they learn and figure out their own insecurities and also as Butterfield revealed in the same interview with The Guardian that the show always aimed to normalize insecurities.

So far, there is no exact date on when the Sex Education Season 3 will arrive since the series was one of the many shows and movies that had to hold back because of the Covid-19 Pandemic. Still, the new positive news is that series has finally begun its shoot, so that we may expect an exact release date sooner or later. We will keep you updating more on Sex Education Season 3, so stay tuned to Otakukart News. For now, you can stream Sex Educations’s previous two seasons right now on Netflix.

Related: The Best Teen Dramas Of All Time – New List 2020