There’s a lot of things that happened in the previous chapters of Dr. Stone. Ibarra was finally defeated, and Senku managed to revive everyone who has been petrified by the last battle. Now that the Medusa is in their hands, a big victory is celebrated. Even Kohaku and Ginro was successfully revived. At the ending of the last chapter, the Why Man once again made its presence known. Who owns the voice behind the “12,800,000 meters, one-second” message from the radio waves?

In Dr. Stone chapter 139, Ukyo revealed that the voice from the speaker is, in fact, from Senku’s voice. He and Senku studied the voice recording together. Although the voice is really from Senku, the voice seems odd and there’s something odd about it. Ukyo concluded that it was in fact a synthesis voice, an electronic voice. The biggest question for them is how is it possible? You can only make a synthesized voice if you have a complicated machine like a computer. Who would have a recording and synthesizing equipment in the stone age? 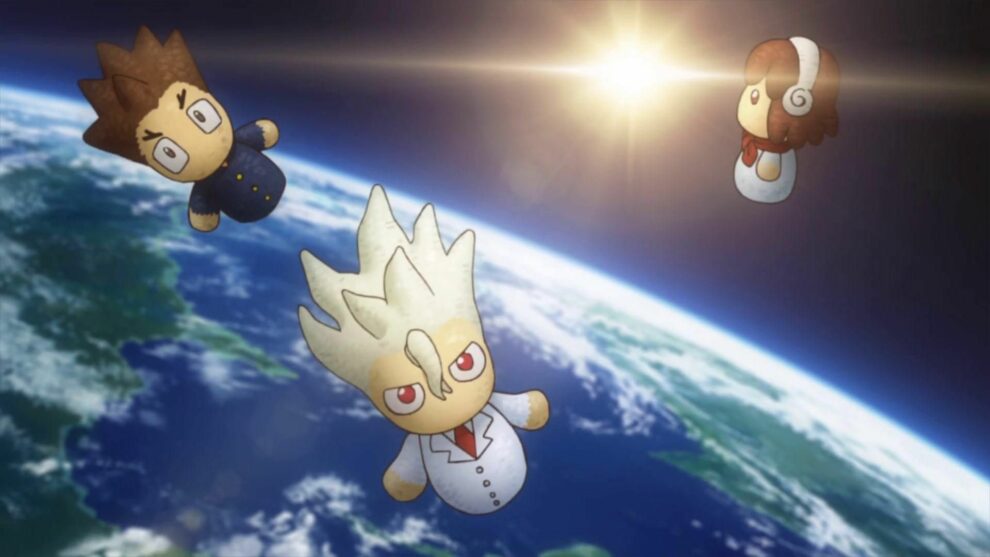 As for the revival operation, it seems like Taiju found a statue that does not belong to the Kingdom of Science and the village. This statue, which looks a lot like Tsukasa, has the Medusa tattoed on his arms. Upon revival, and after some funny moments befriending Ginro, this man revealed that he is Matsuka. He was indeed from an earlier civilization. What petrified him and his village are petrification devices from the sky.

Upon inspection, Senku suggested that Why Man and whoever petrified the Earth are above. In one month, Senku and the Kindom of Science plan to go to the moon. Will they find the enemies and solve the mystery of the petrification device? We will see more of this action in the next chapters.