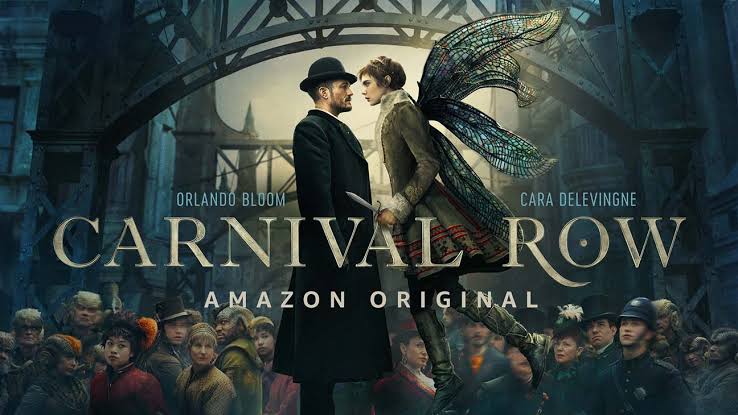 Carnival Row is one show to which people are looking forward to watching, after facing the disappointing ending of ‘Game of Thrones.’ The show was released last year and immediately grabbed the attention of the spectators for its perfect balance between crime and fantasy. The announcement for the renewal of the second season was made in July 2019 even before the first episode of the first season aired on Friday, August 30, 2019, and since then, fans are eagerly waiting for its release. This article will make you acquainted with the cast, production details, spoilers, and the other details of the upcoming season. Keep reading to get informed further.

Carnival Row season 2 is expected to release on Amazon Prime Video in October 2020. The production and the making of the show followed a more or less similar pattern like that of the first season that was released in October 2019. However, things are going difficult as much as the showrunner’s part is concerned, and that might result in a delay in the releasing date for the second season. For now, it seems that the show will be released not before Summer 2021.

The trailer for Carnival Row Season 2 is not out yet; we will update you on it whenever the trailer comes out. Take a sneak peek at the first season’s trailer.

In the second season, many of the members from the first season will be seen reprising their roles including, Orlando Bloom and Cara Delevingne as the lead characters, David Gyasi and Tamzin Merchant as Argus and Imogen respectively. Compared to season 1, Caroline Ford, as Sophie Longerbane and Arty Froushan as Jonah Breakspear, are most probably going to play more important roles in season 2.

We need to wait to know about the other members whom Amazon is planning to cast for the second season of Carnival Row. The creator of the show, Beacham, has announced earlier about the presence of some new faces this time, but the official confirmation is still pending.

Carnival Row Season 2 is under its production process, and the previous cast members are really excited to return to the show and work with new people, guessing from what the announcement clip showcased. We know about the unfortunate situation under which the production of the series’ second season was in its early days, back in October, due to some creative differences, leading to the departure of the original creator of the show, Travis Beacham. Apart from Beacham’s departure, we have another member leaving the team. Marc Guggenheim (Arrow) will not be serving as the showrunner of the second season. Instead, Erik Oleson (Daredevil) will be doing that in his place.

In the first season, Rene Echevarria, Travis Beacham, Marc Guggenheim, Jon Amiel, Orlando Bloom, and Gideon Amir served as the executive producers of the show under the label of Siesta Productions, Legendary Television, and Amazon Studios.

From what we observed from the cast’s comments, the story will begin immediately after the point where it ended in the first season. There will be eight episodes in the second season whose scripting is already done. Carnival Row revolves around mythical personages who have departed from their homeland, left in ruins as an aftermath of the war, and assembled in the city where there are stress and rage all between the citizens and the increasing migrant population. The show centers the investigation that includes a number of unsolved murder cases, desire for power, unanswered love, and adjustments according to the society, churning away the little peace that exists there.