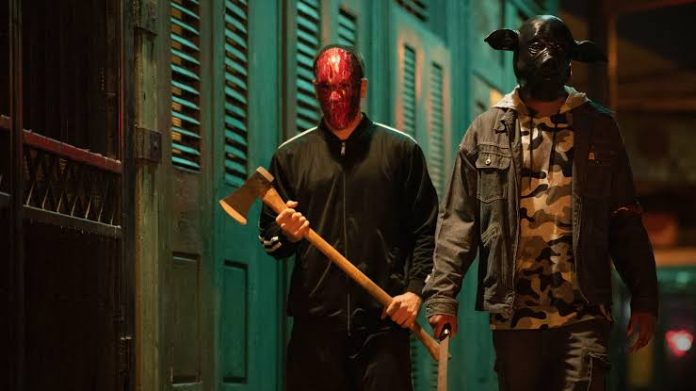 In this post, I’ll be discussing The Purge 2020 release date and all we know about this movie so far. Before we begin, please note this post may contain official spoilers from The Purge 2020 movie. If being spoiled is not for you, I suggest that you stop reading the post here. However, if spoilers don’t bother you, we can get started. Also, note that we did not create the spoilers or leak them.

The Purge 2020 is scheduled to be released on 10 July 2020 which still quite a while from now. Everardo Gout is going to be the one who will be directing this new and final Purge movie. James DeMonaco himself is the writer of this last movie. So, what should we be expecting the final Purge movie to be about? Well, the third installment, The Election Year, is where the movie will resume its timeline. I say this because the last movie was a prequel, and I think that it is logical that the final movie won’t be a prequel one. In this third movie, we saw that Charlie Roan won the Presidential election in the United States. Even though the New Founding Fathers of America, aka NFFA, try to assassinate her but she triumphs in the end. So, it is obvious that the final movie will pick up from this moment only.

The Purge 2020 Possible Cast and Crew

There is no official word on who is going to be in this movie, but there is a whole list of the possible cast that I’ll be sharing with all of you. These include Ana de la Reguera, Leven Rambin, Tenoch Huerta, Susie Abromeit, Joshua Dov, Sammi Rotibi, Gregory Zaragoza, Anthony Molinari, Mark Krenik, Gary Nohealii, Brett Edwards, Patrick Millin, Erin Dinsmore, Scott Douglas MacLachlan, Baker Wiles, Emily Trujillo Richard Allan Jones and many others. So, let us who is going to be officially cast in this new Purge 2020 movie. Hopefully, the release will not be delayed.