Whenever we talk about superheroes, the ones that come to our minds first are mostly— Superman, Spider-Man and Batman— and all three of them are male. The male superheroes have been dominating the box office for ages now and it is really satisfying to see DC and Marvel coming up with female-led superhero movies and television shows. Although there aren’t many to choose from, slowly but steadily the female superhero projects have been gaining momentum and appreciation from the spectators.

Here is a list of the top ten best female-fronted superhero projects that you can tune in right now and have a great time with. So here it is.

Loosely inspired by the DC Comics character, Catwoman, the movie centres on a meek designer named Patience Philips, who comes to know about a conspiracy involving a risky product capable of causing several health problems. within a cosmetics company for which she works. However, before she could do anything, the conspirators find her and murder her to take her out of their way, but she ends up revived by Egyptian cats granting her superhuman cat-like powers, and thus comes forward a crime-fighting Catwoman.

Despite receiving negative comments by the critics owing to the overall lackluster quality, the movie is undeniably a trailblazer. The movie do have some fascinating aspects, doesn’t it? How can we just ignore how the lead character delivered the most iconic and slick leather superhero looks through this movie, which come to girls’ minds first while choosing an outfit for a fancy dress competition.

Inspired by the DC Comics character, Supergirl is the spin-off of the Superman film series, which has been set after the incidents of the third Superman movie that came out in 1983. The film, as described by the critics and the viewers, is definitely campy and dated, still it deserves a mention in this list considering that it is the first-ever English language female-led movie, and thus an important moment in the history of movies. Moreover, the portrayal as the titular character by Helen Slater was amazing and the character managed to shine in her own ways. 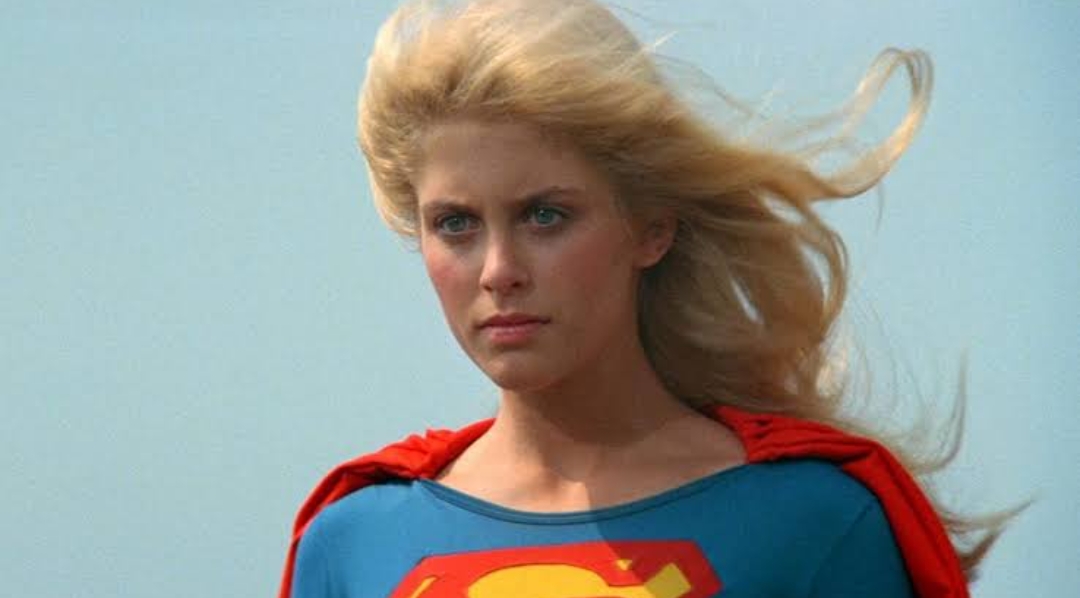 The movie introduces us to a brand new beautiful and mighty superhero, Kara, who is Superman’s cousin from Krypton. She arrives on Earth with the determination of saving her city which is on the verge of dying, by finding and recovering a source of almost limitless power known as Omegahedron. However, it goes into the hands of an amateur witch, Selena, who dreams of being the ruler of the world. Supergirl needs to confront evil humans along with people with evil forces of black magic and get into the depths of the dangerous Phantom Zone wherein the Omegahedron lies.

Inspired by the Marvel Comics character named Carol Danvers, this MCU movie centres on a former U.S Air Force pilot, also called Captain Marvel. She is a girl who is not just talented as a pilot and a soldier, but also possesses superpowers like invulnerability, unimaginable strength and the power of flying, making her one of the most powerful characters of the Marvel Cinematic Universe. 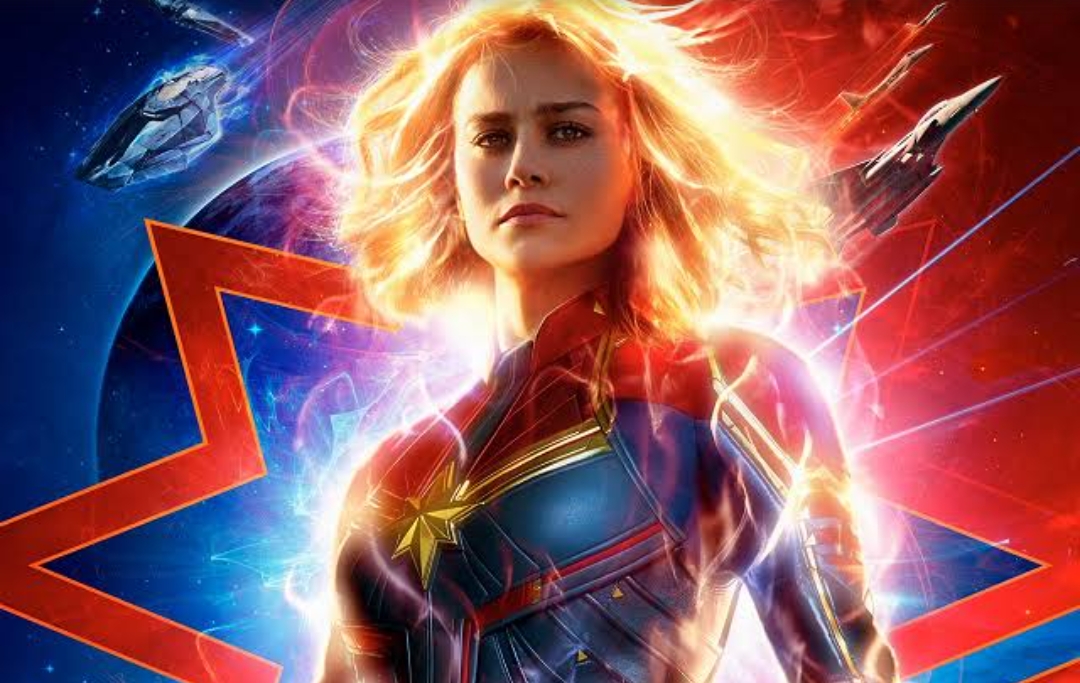 Inspired by the Marvel Comics characters— Scott Lang aka the Ant-Man and Hope van Dyne aka the Wasp, ‘Ant-Man & The Wasp’ is a sequel to the 2015 movie titled, Ant-Man. The movie has been set two years after the movie, Captain America: Civil War (2016), showcasing the life of Scott Lang bearing the consequences of his past actions serving as a superhero and as a father too. While he strives during his house-arrest, he’s confronted by Dr. Hank Pym and Hope van Dyne with a new mission where he as Ant-Man and Wasp must discover the truth about secrets of their past, while confronting a new enemy who looks forward to all of their moves. 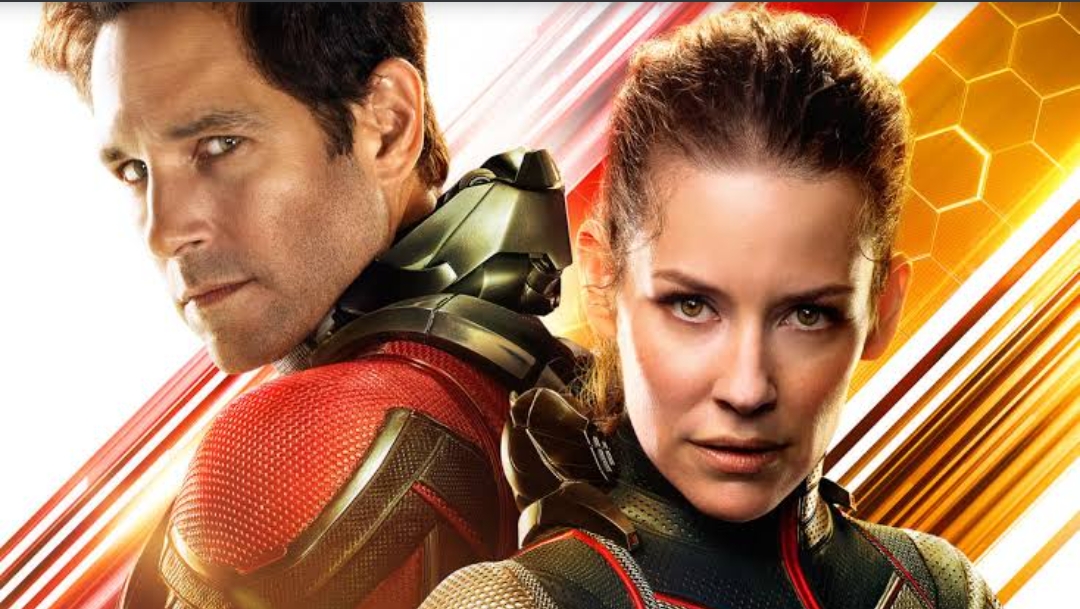 The movie does not focus on The Wasp completely, however, it was promoted as a female-led Marvel film and is one of the very few movies of MCU having the female lead’s name in the title. Nevertheless, The Wasp definitely managed to have her own identity throughout the movie and if possible, we may see her in a solo film of hers. She has the powers to fly, manipulate sizes, control insects using telepathy and blasting using bio-electric energy.

Inspired by the Cartoon Network animated TV show going by the same name, ‘The Powerpuff Girls Movie’ is a prequel to the original series, narrating the story of the origin of the Powerpuff Girls, Blossom, Bubbles, and Buttercup— their creation and events that made them the defenders of Townsville. 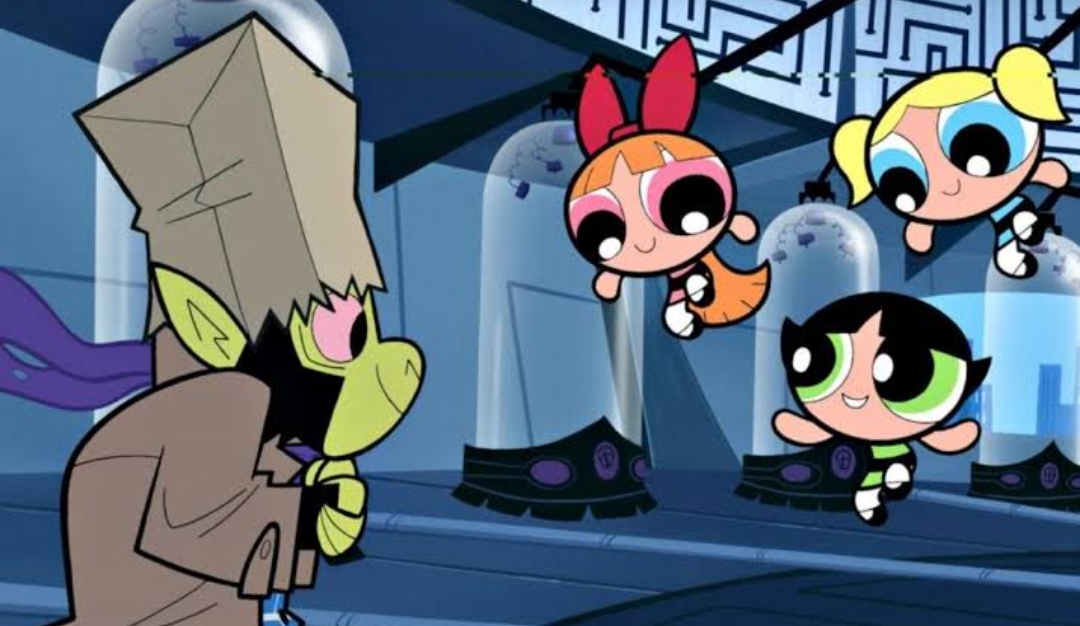 The film showcases how the three sisters obtained their superhuman powers and worked hard together for preventing the evil mutant monkey, Mojo Jojo, from creating chaos around the world. The Powerpuff Girls together get blessed with forces of flight, laser powers, super strength and sonic abilities, which makes them one of the strongest trios out there. The movie received favourable reviews from the critics as well as the fans but couldn’t perform well at the box-office. Had it been released in recent years, it might have received the fame it deserves. 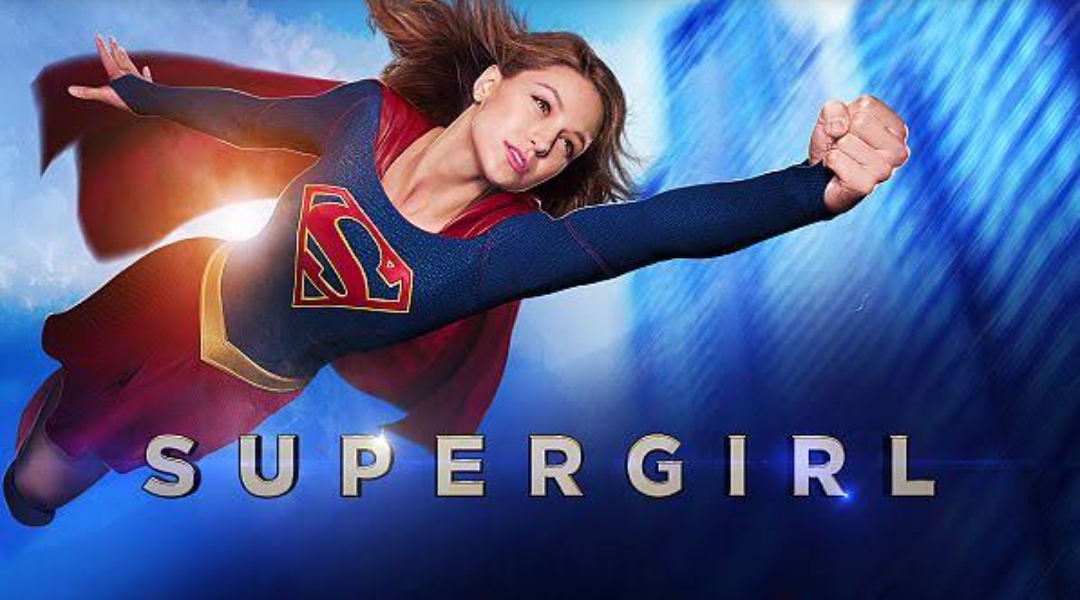 Supergirl is the television series version of the 1984 movie (mentioned earlier in the list) inspired by the DC Comics character going by the same name. While the background of the story remains the same, each season of the series deals with different sorts of adventures of Supergirl in her career as a protector. In the first season, while Kara, who is now 24-year-old, learns to embrace her supernatural powers as a Kryptonian, she has to disclose her powers and thus becomes the protector of the National City. She keeps on fighting with different enemies as the series progresses for the sake of her people. The sixth and final season of the series is all set to air its first episode on March 30, 2021, and will comprise twenty episodes in all.

Set mostly in the city of Townsville, USA, which has been depicted as a major city of America, consisting of quite a lot of major skyscrapers, the show follows the adventures of three girls of kindergarten-age who have been blessed with superpowers: Blossom (pink), Buttercup (green) and Bubbles (blue). They live with their father and creator, who is a scientist and are approached by the mayor of the city to fight the criminals and villains. While they work for the benefit of the city, the powerpuff girls also deal with common issues that girls of her age face, which includes going to school, sibling rivalries, losing teeth, bed-wetting, and personal hygiene. 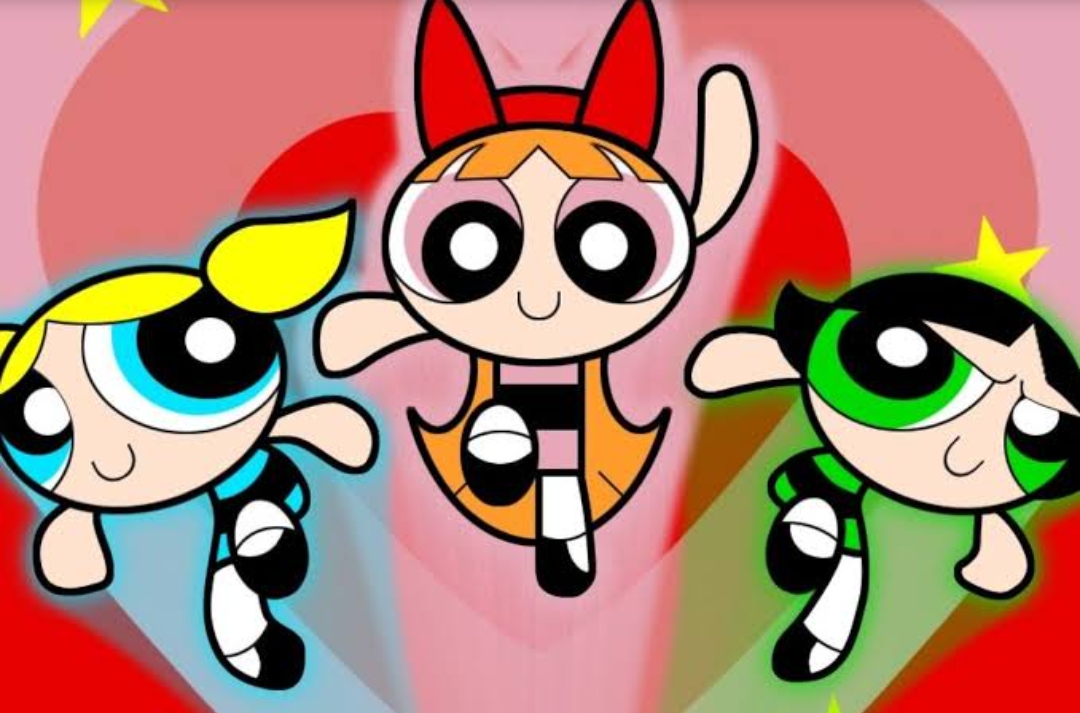 The series even contain references to older pop culture and attempts to deliver different ideas through every episode, along with several hidden tributes and parodies. The show is not like our typical superhero series, rather, it has its own tint of humour in it.

Read: Top 50 Most Anticipated Movies Of 2021 That Fans Are Eager To Watch 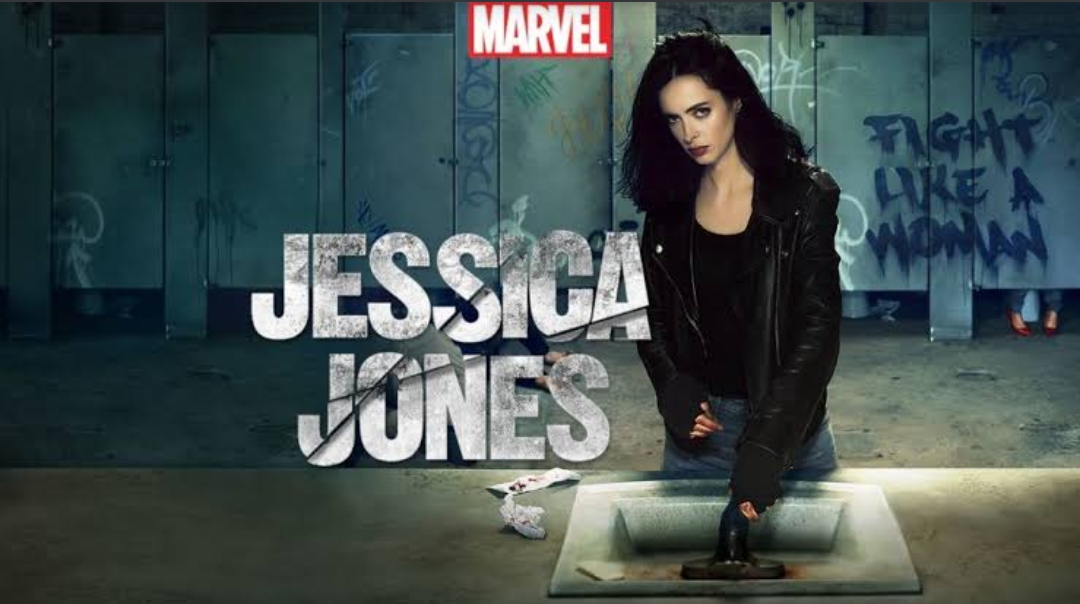 Inspired by a character of the same name from Marvel Comics, the series centres on a super-powered woman named Jessica Jones, who enjoyed a short superhero career until an event led her to kill someone caused by the villainous Kilgrave. She turns into a private investigator after the incident but when Kilgrave will reappear, she will have to prevent him from creating chaos. In the second season of the series, Jessica comes to know that her mother is not dead, owing to Karl Malus’s experiments. In season three we witnessed the face-off of Jessica Jones against Gregory Sallinger, who has been conspiring to prove that she is a trickster, while her step-sister turns into a murderous vigilante.

Inspired by the DC Comics team names, ‘Birds of Prey,’ the movie is a sequel and a spin-off to the 2016 movie, Suicide Squad following Harley Quinn, after Joker broke up with her in Gotham City. Her life gets hunted down by Gotham City crime leader Roman Sionis. She joins forces with police detective Renee Montoya, Dinah Lance aka Black Canary and Helena Bertinelli aka The Huntress in order to protect a teen girl, Cassandra Cain, who pickpockets a diamond worth a fortune from Roman Sionis. 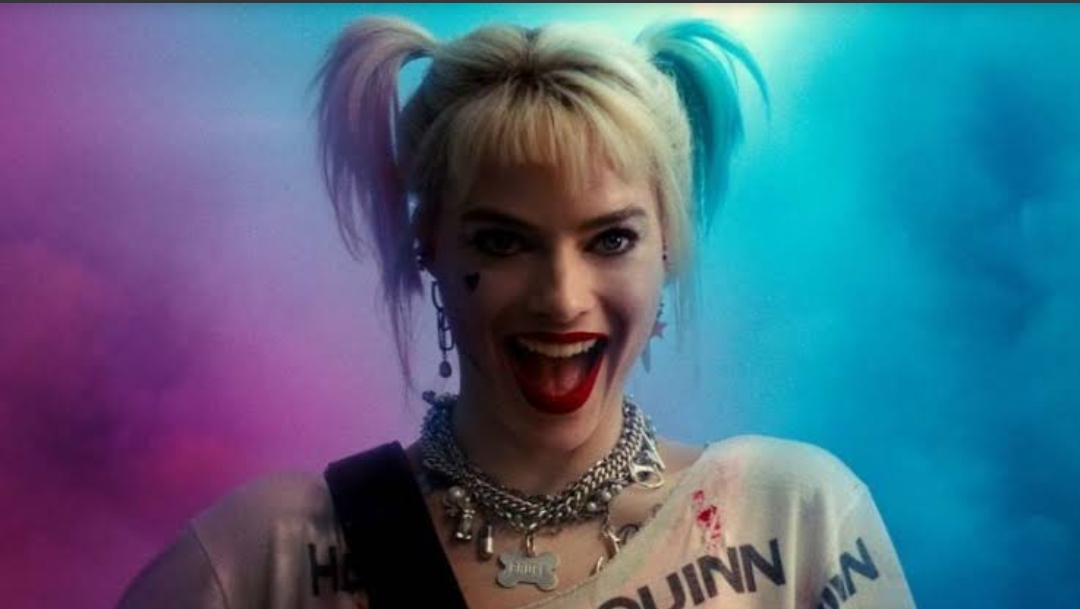 The movie is upbeat and full of incredible action scenes, celebrating the feminine strength, by discovering and sharpening their powers and supporting each other in a world where they are let down by men. Margot Robbie, who plays the role of Harley Quinn is perhaps the most adorable sociopath with whom you would love to spend time.

Inspired by the DC Comics character bearing the same name, ‘Wonder Women’ serves as the second live-action theatrical movie that features her after she was first seen in the 2016 movie, ‘Batman v Superman: Dawn of Justice’. The story follows the princes of Amazons named Diana, who was a trained warrior living in the Amazon island of Themyscira. When Steve Trevor, the American pilot and spy crashes offshore in 1918, he informs Diana about the first world war against the Ares and the conflict taking place around the world at that moment. She sets out on a journey to end the war while discovering her true destiny and full powers.

Wonder Woman has remained one of the best female-fronted superhero movies where Gal Gadot has beautifully portrayed the complex character of Diana— her emotions and motivations, as well as her role as Wonder Woman, doing several grand fight scenes and action sequences. With astonishing cinematography and amazing visuals, the movie is one of the best projects of DC. In December 2020, a direct sequel to the movie was released and the third instalment is already under development to return soon.