No matter how far we come, family television shows can never fall back to any trend. Some of the family shows make us so engaged in all the characters and the things happening on the other side of the screen that we begin to think that we are a part of their family as well. Whether it is a fictional drama, a sitcom or a show about a real family, family television series leave a mark on the American culture.

If you are looking forward to watching the best and most popular TV shows of all time, you have knocked on the right door. We have ranked the top ten most iconic family television shows of all time that have left an impression on almost a whole generation. So without further delay, let us get started. 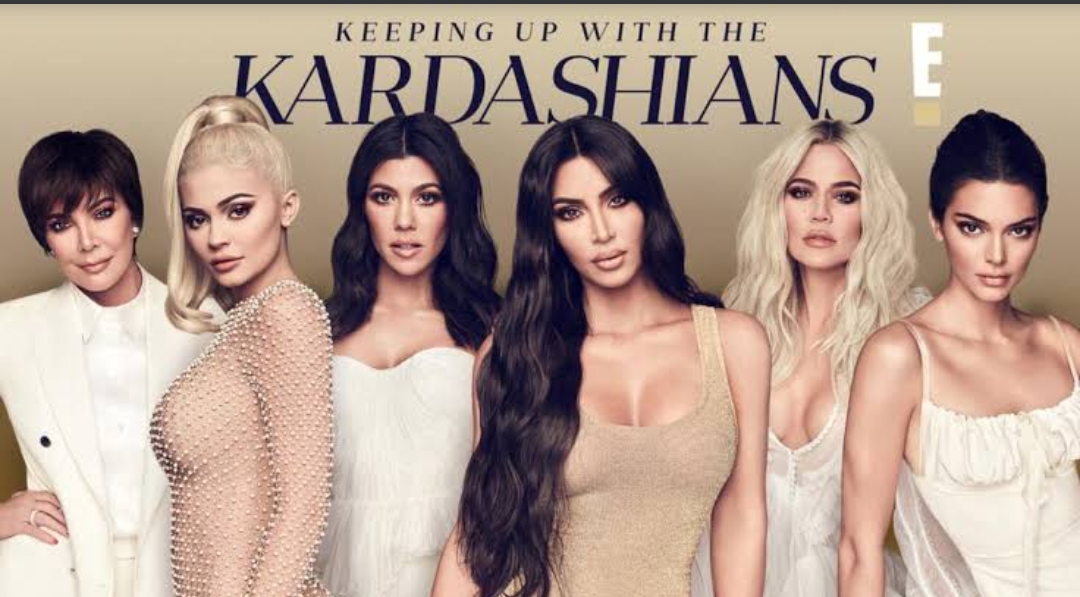 Keeping Up With the Kardashians has been one of the longest-running reality TV shows in the United States. The series revolves around the personal and professional lives of the blended family of Kardashian and Jenner, including Kim, Khloé and Kourtney as well as their half-sisters, Kylie and Kendall, along with their parents Caitlyn and Kris, and brother Rob. It has also featured some of the significant others of the major personalities— their former and current partners. Although the series has been receiving mostly negative reviews from the critics since the first day it premiered and has been considered overly overrated, it has become one of the most successful shows of the network, amassing high viewership ratings and winning several audience awards. Keeping Up With the Kardashians has been acknowledged as a guilty pleasure to a lot of people, showcasing what it really means to be in the spotlight. All the seasons of the show are available for stream on Netflix. 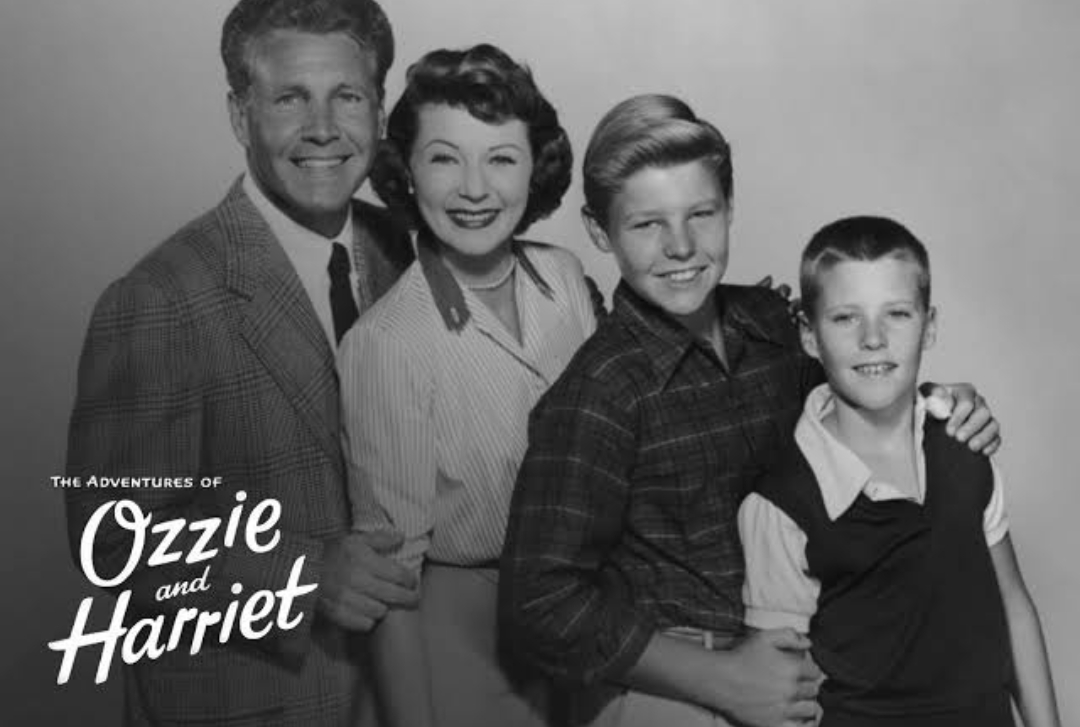 The series stars the entertainment couple, Ozzie Nelson and his wife Harriet Nelson, along with their children— David and Ricky who experiences teenage dating problems and later issues related to marriage and career. Ozzie was well mannered and tempered and was often seen using a slice of wisdom for solving the problems between different characters of the show. Harriet, the mother of the house was pictured in the kitchen for almost all the time, spending her time in beautiful attires cooking dinner that needed to get ready by five. She was also seen advising her two sons on various issues. While in the initial days, the series focused on the schoolwork of the kids and the club meetings, which later involved concerning girls and fraternities. The two boys got graduated (on the show only) and got married for real after which their wives joined the series as well. 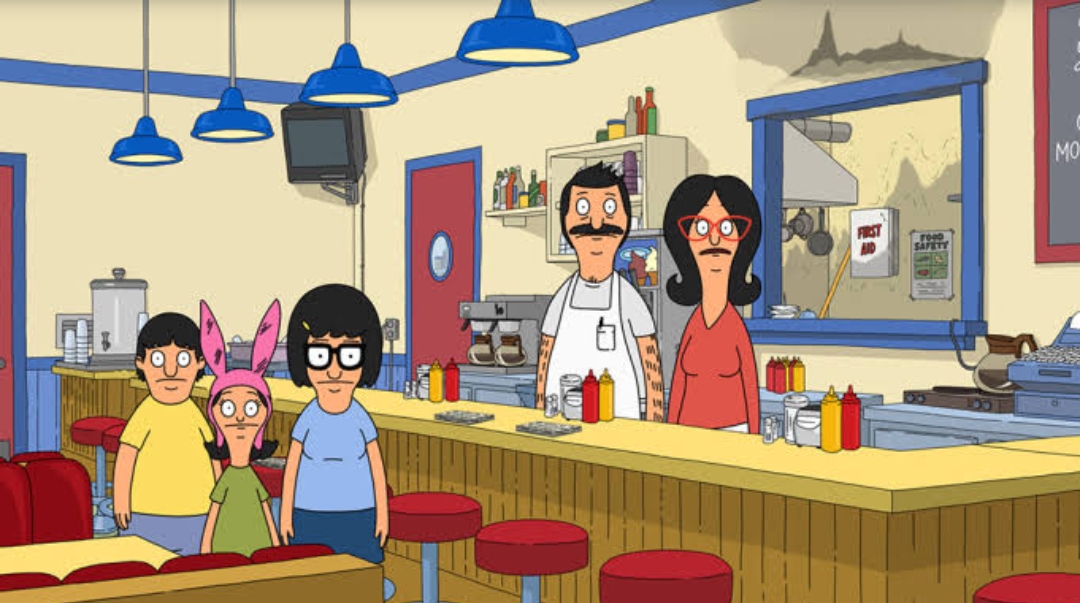 The series revolves around the peculiar adventures of the Belcher family, consisting of Bob and his wife, Linda who run a hamburger restaurant together with their three children— daughter Tina and Gene, and their son Louise. Jimmy Pesto, the nearby pizzeria owner is his biggest rival with potential customers heading over to his place, but Tina, the eldest daughter of Bob has a crush on Jimmy Pesto’s son. The Belcher family never experiences a dull day at the restaurant. Although the parents struggle to get by with each other, with the children not being of any help in this matter, making trouble their way through school, Bob still tries to keep their livelihoods by every means. He makes the intuitive burgers that impress none but himself. 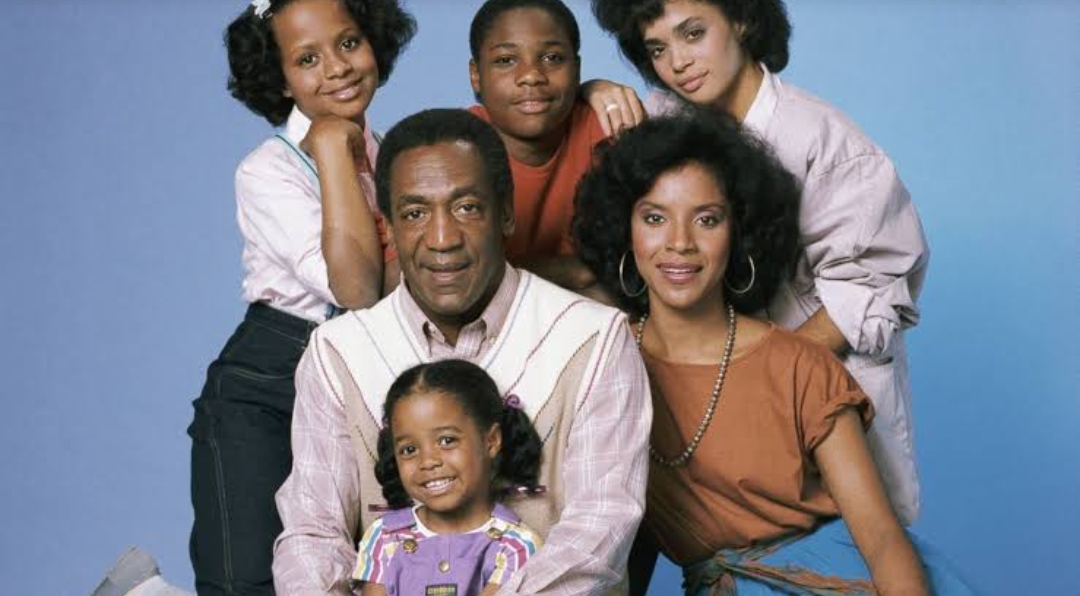 The show revolves around the Huxtable family, which is an African-American upper-middle-class family residing in Brooklyn, New York. The protagonist of the story is Cliff, who is an obstetrician and his wife Claire who is a lawyer, living together with their daughters— Denise, Sondra, Vanessa and Rudy and their son Theo. The series has been inspired by the standup comedy of Bill Cosby, focusing on his family life observations. Although the show is a sitcom, it deals with some serious subjects as well, including teen pregnancy and experiences with disorders.

In one word, the show is ‘hilarious’ and that is undoubtedly true since it features Bill Cosby who is regarded as one of the funniest comedians of his time. Sitcoms like ‘The Cosby Show’ are one of a kind, and that proves why it has remained this successful ever years after its end. 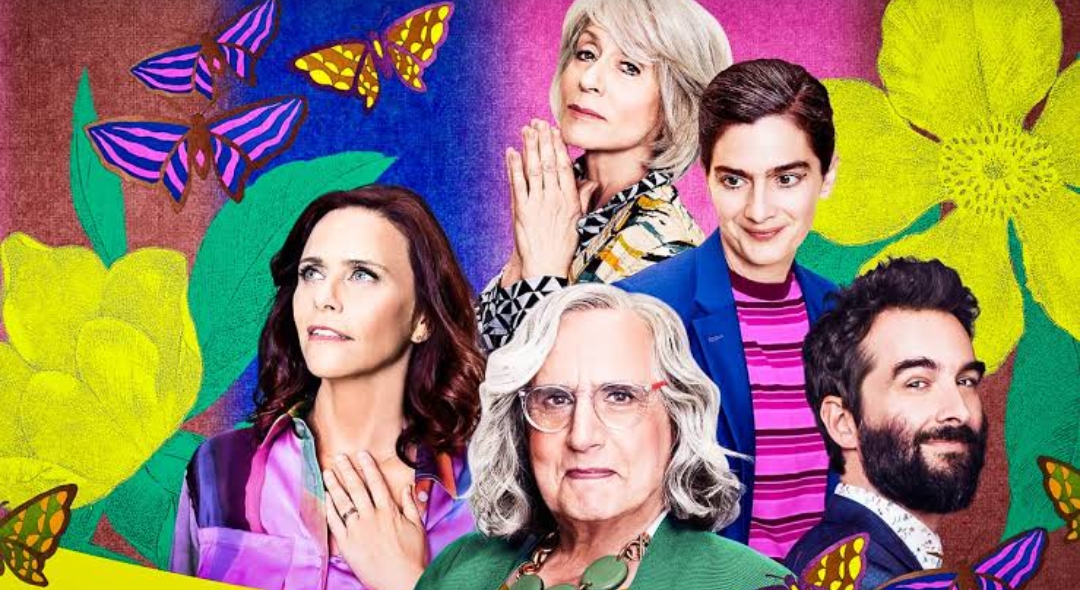 Transparent is a comedy-drama series that revolves around a college professor in Los Angeles named Mort Pfefferman, who has a secret that he needs to reveal before his three adult children who do not seem to notice things that have changed for their divorced father, with no woman in his life. Even after multiple attempts, he fails to share his secret until one day when he returns home and finds his married daughter in an unexpected situation with her former lover. Both of them now know the secrets of each other but it does not seem to be only them who have been hiding things. The members of this dysfunctional family learn secrets each of them one after the other and everything gets messier.

The show has raised the benchmark for TV series, delivering sincere dedication and sophistication in the journey of humans growth. Transparent is one of those rare shows that will leave an impression in your heart even after it ends. 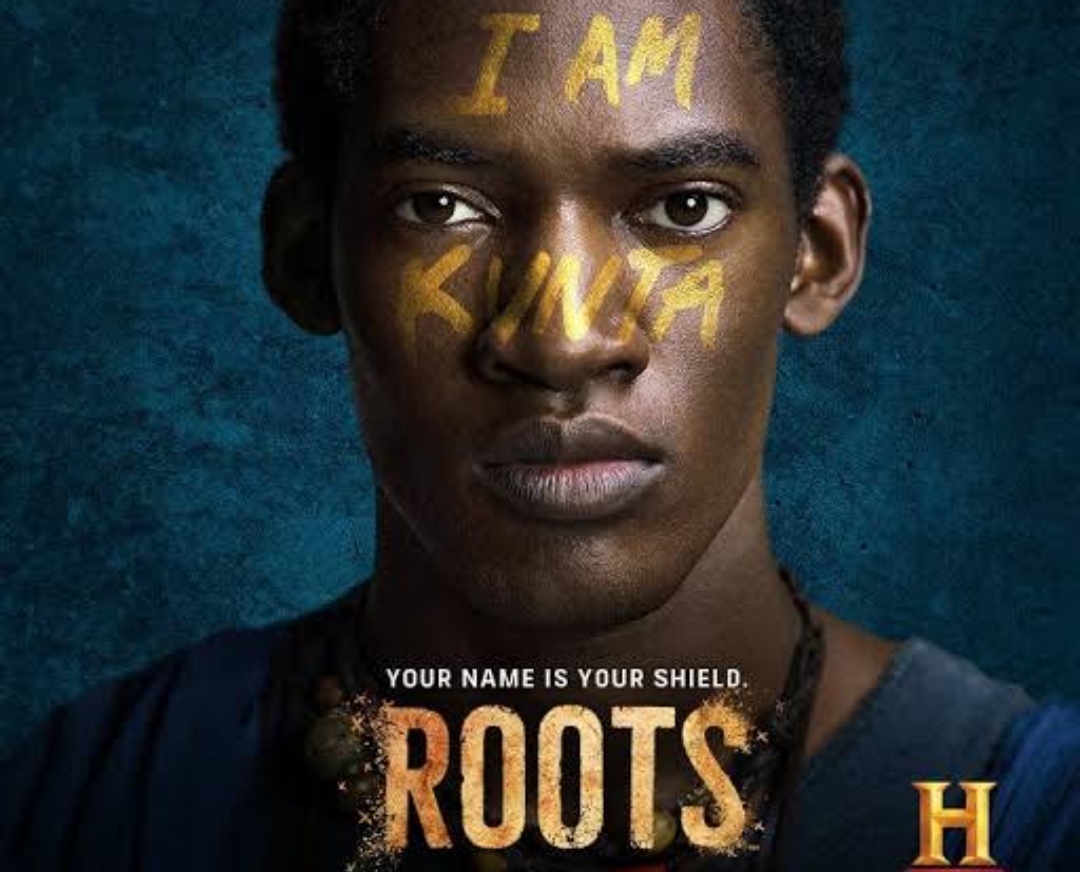 The series has been adapted from the 1976 novel by Alex Haley titled ‘Roots: The Saga of an American Family’ which tells the story of an African-American. After being kidnapped from his African village, Kunta Kinte gets sold to slavery, and then is taken to America where he tries several times to flee but ends up getting caught and crippled in the end. He gets married to his plantation’s cook, Bell and has a daughter with her named Kizzy but she gets sold away as well. Kizzy gives birth to a son by her new owner who grows up to be Chicken George. The boy becomes an iconic cock fighter who ultimately brings his family into independence. The family observes important events in the history of the U.S. throughout the series, including the War of Revolution, Civil Wars, uprisings of the slaves and independence.

The show, ‘Roots‘ has earned 37 Primetime Emmy Award nominations and has won nine times, along with a Peabody and Golden Globe Award. It holds the record of the second most-watched overall television show finale in the history of U.S. television. 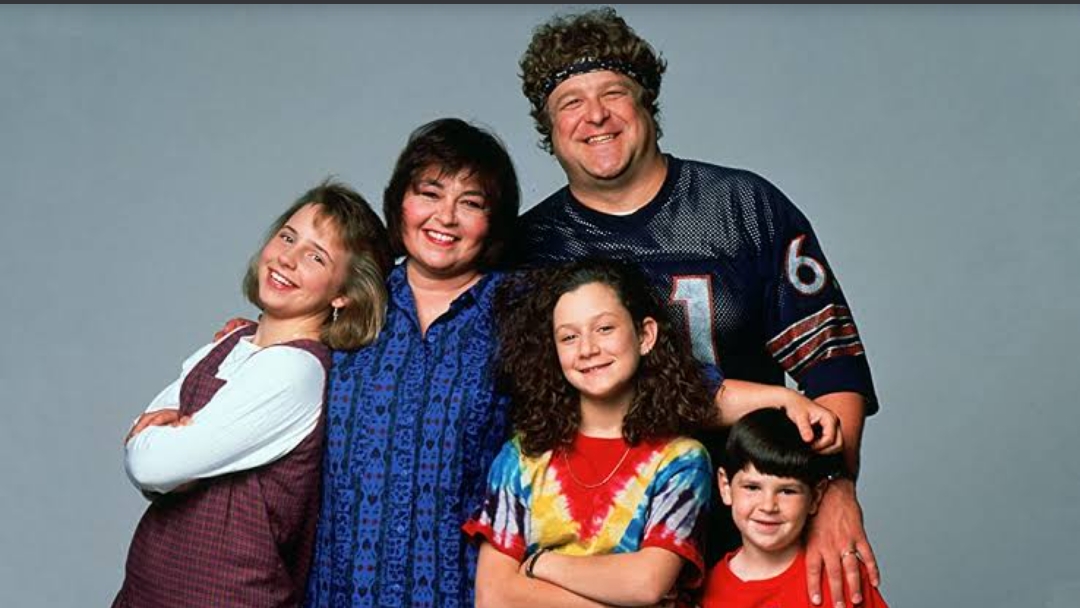 The series revolves around the lives of an American working-class family consisting of Roseanne Conner, her husband Dan Conner, and their children, Becky, Darlene and D.J. The family have been striving with their own set of life’s problems which include— marriage, children, parents-in-law and money. The protagonist of the story, Roseanne keeps up with the problems of her family assisted by her single sister, Jackie and several of her friends.

The series has now become a classic sitcom appreciated for portraying the realistic version of a working-class American family. It is one of the best family series ever on the television and a in a way, it is a package of things that have never before been delivered on the screens. ‘Roseanne’ was number one in the Nielsen ratings in its second season, from 1989 to 1990. Following the success of the tenth season of the series that premiered after a gap of more than twenty years, the series has been renewed for another season. 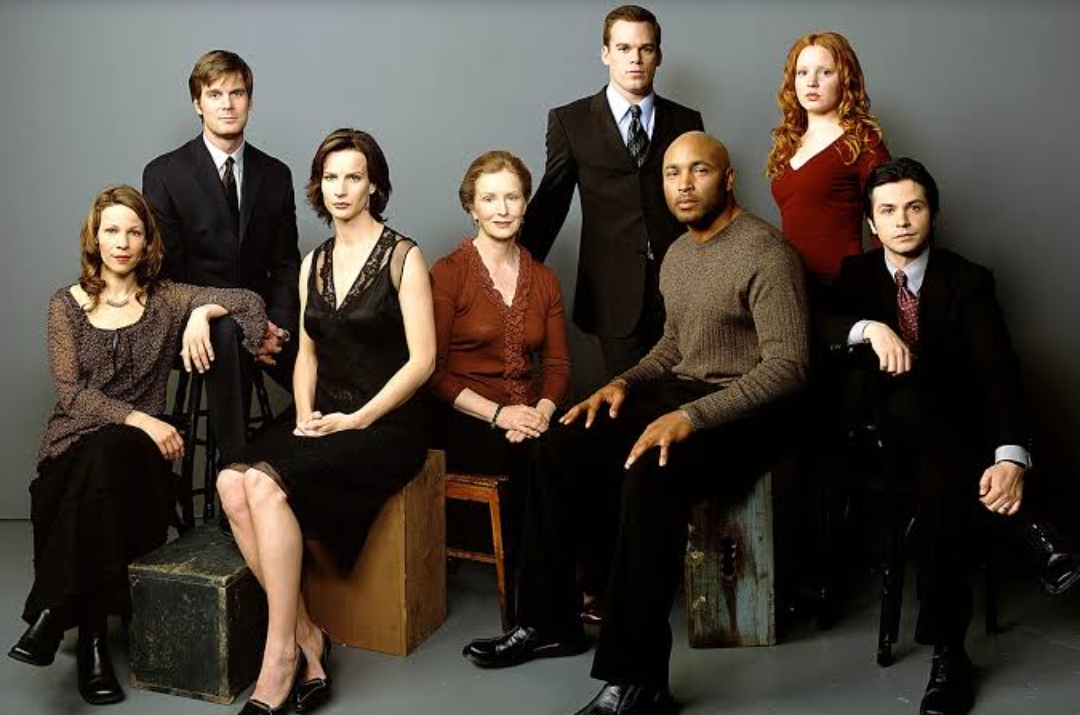 The series narrates the lives of the Fisher family comprising Nathaniel Fisher, Ruth his wife, and their children named Claire and David, who are responsible to run a funeral business in Los Angeles, along with their lovers and friends, offering the best care in the whole neighbourhood. However, when their prodigal son Nate Jr. arrives owing to his father’s accident which ultimately kills him, he has to stick around since he has been willed with the funeral home together with David. A dysfunctional family who provides aid to others in dealing with their grief will now have to deal with their own.

The series has been a recipient of several Emmys, created by the Oscar-winning screenwriter. The series is superbly acted and compelling decorated with a considerable amount of wit and poignancy. 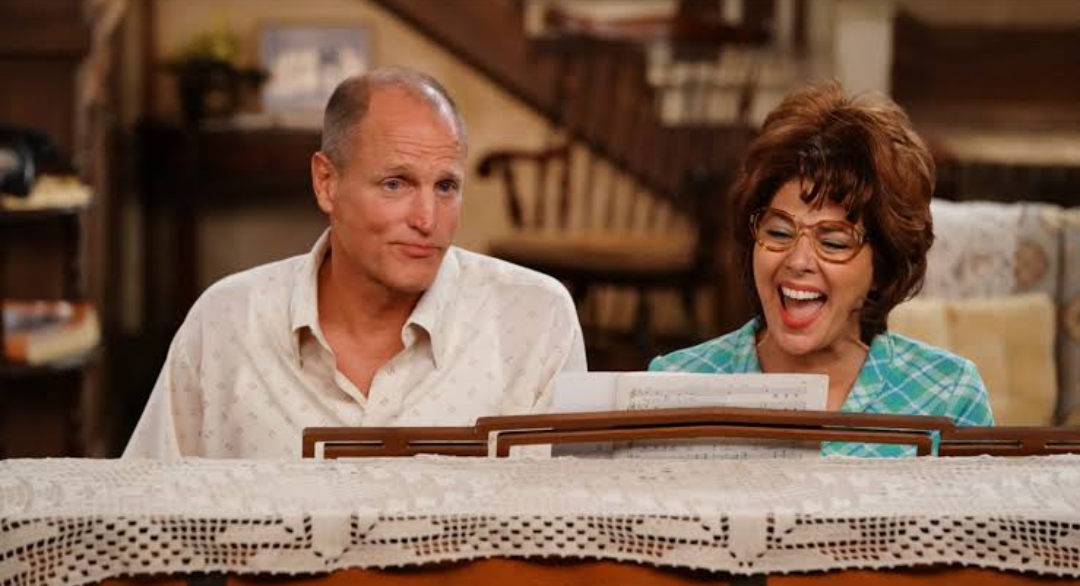 Inspired by the British sitcom titled, ‘Till Death Us Do Part,’ the show focuses on the life of a middle-class family man who has his own set of views on the world. Most of the time, his viewpoints does not match with anyone in his family, especially his son-in-law Mike Stivic but he goes on to squabble with them all the time.

All in the Family is one of the first shows to depict the issues earlier regarded as unsuitable to be showcased on the U.S. television comedy including antisemitism, infidelity, racism, homosexuality,[3] women’s liberation, religion, miscarriages, rape, abortion, breast cancer, menopause, impotence and Vietnam War. Owing to the bold topics which have been depicted in the show, All in the Family has grown to become the one of the most influential comedy programs, injecting the sitcom with realistic and dramatic moments, along with topical conflicts. 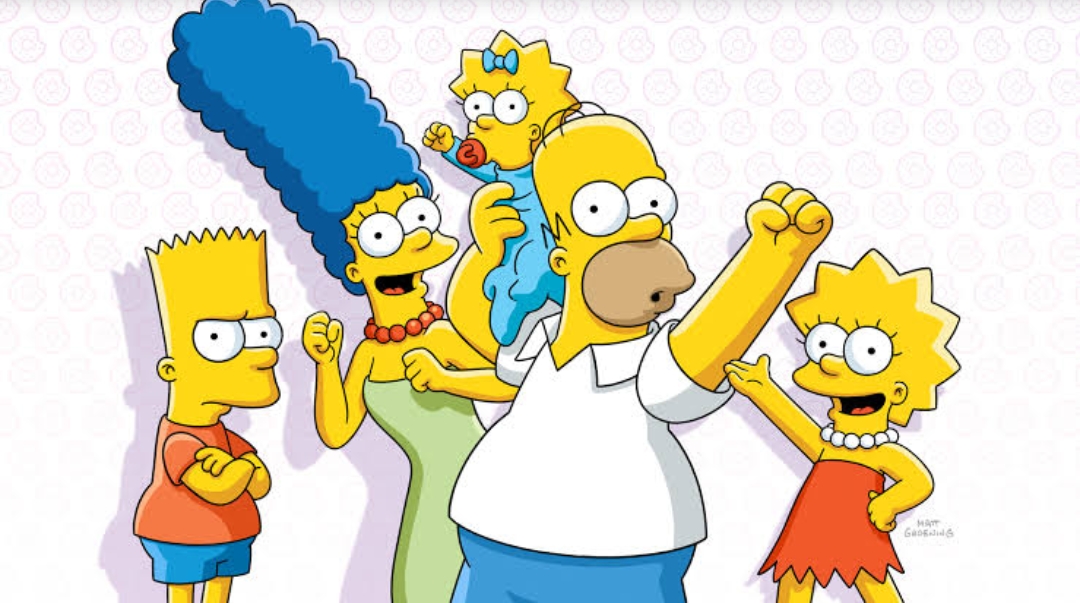 Set in the fictional town of Springfield, the animated sitcom has been inspired by ‘The Simpsons shorts’ penned down by Matt Groening, which is basically a satirical depiction of the lives of Americans through the Simpson family consisting of Homer, who is a safety inspector at the Nuclear Power Plant of Springfield, his wife Marge Bouvier, who is a typical American housewife and mother, their children: Bart, who is a ten-year-old mischief-maker; Lisa, who is a mature eight-year-old activist and Maggie, who is the baby of the family, barely speaking, but can communicate with others by sucking on a pacifier. The show parodies the culture, society, human conditions and television of the Americans, however, despite all the dysfunctionality in the family, the show has been examining the relationships and bonds that they share with each other.

The Simpsons is the longest-running animated series, sitcom, and scripted primetime television series of America, not only in terms of seasons, but also in the number of episodes. The show has already been renewed for another 2 seasons taking its episode count to 750.