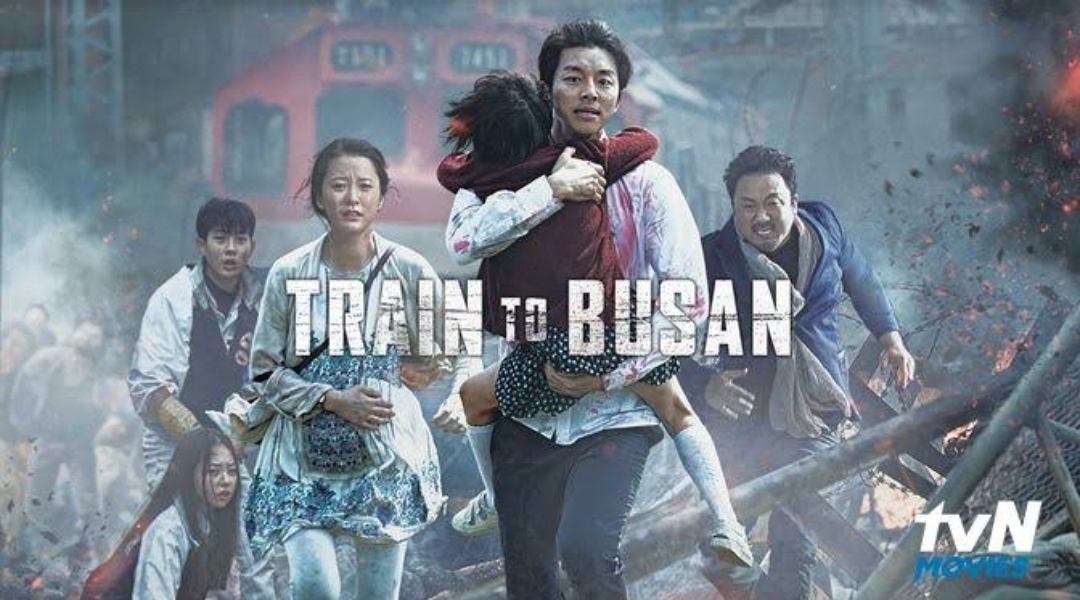 Promotional Poster of Train to Busan

People who haven’t yet laid their eyes on Korean series and movies, are indeed missing a lot in their lives. With unique and interesting plot, cliffhanger-laden season endings, great cinematography and eye-catching action sequences, it’s quite hard to not get addicted to them. No wonder why everyone around the world are talking about these stuff. Be it a rom-com, a fantasy, an action thriller, a mystery or a coming-of-age movie, Korean movies can just not disappoint us.

Here are top eight best Korean movies of all time that you must watch without giving it a second thought. The list includes all those films that have released after 2000 and have not only been popular in South Korea, but also have been acclaimed by the viewers and the critics globally.

Train to Busan is an an action horror movie that centres on a workaholic single father Seok-Woo, who agrees to take his daughter, Su-an, to meet her mother in Busan on occasion of Su-an’s birthday. As they travel to Busan by a train from Seoul, a zombie apocalypse breaks in the city, and even manages to infect the train. Be it someone’s sister, someone’s daughter, someone’s lover or someone’s father— the unfortunate passengers fall victims to the circumstance. Seok-Woo and Sang-hwa, who also happens to travel on the same train with his pregnant wife team up with a few other passengers and try to confront the zombies and protect their families and others as much as they can. However, obstacles doesn’t seem to leave them alone as the passengers find each other difficult to trust in the scary situation.

It is the first Korean movie of 2016 which sold more than 10 million tickets. Although the genre of the movie isn’t something new that the movie makers came up with, but the execution of the overall plot, the cinematography and the emotional grip that the movie had on the spectators is worth praising. The depiction of a father-child relationship, humanity, kindness and the astonishing performances of the actors are a few of the reasons why you must watch this film. You can watch the movie online on Netflix, Viki and Prime Video along with English subtitles.

The story revolves around a man named Cha Tae Shik who leads a normal life as a pawnshop owner, with his only friend being a little girl named So Mi living next door. However, the girl’s mother, Hyo Jeong, is obsessed with heroin and even tries to steal drugs from an organized crime group. When they come to know about it, the leader of the gang sends his brothers, Jong Seok and Man Seok to retrieve the drugs from her after which they abducts both the mother and the daughter. Tae Shik decides to rescue them and bring them back safely. 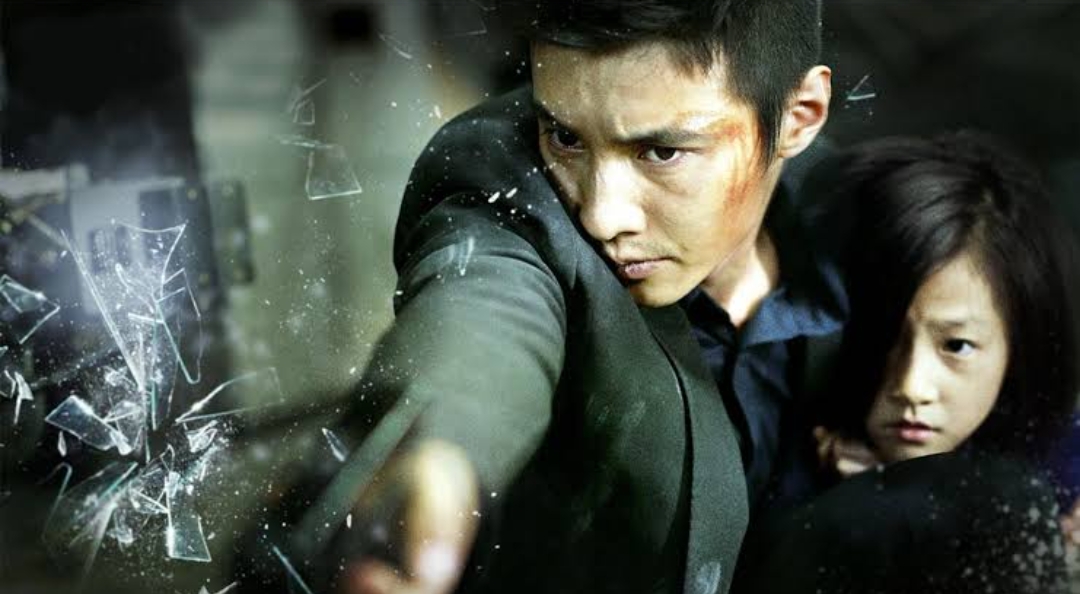 The way in which Won Bin portrayed the character of Cha Tae Shik is amazing as he manages to bring mysteriousness vibes. From the viewers’ point of view, this mystery keeps them hooked till the end to know his backstory. ‘The Man From Nowhere’ is a gratifying action flick and is indeed suitable for viewers looking for an emotional and thrill ridden movie. The movie is available for stream on multiple streaming sites including Netflix, Vudu, Prime Video and Apple TV. 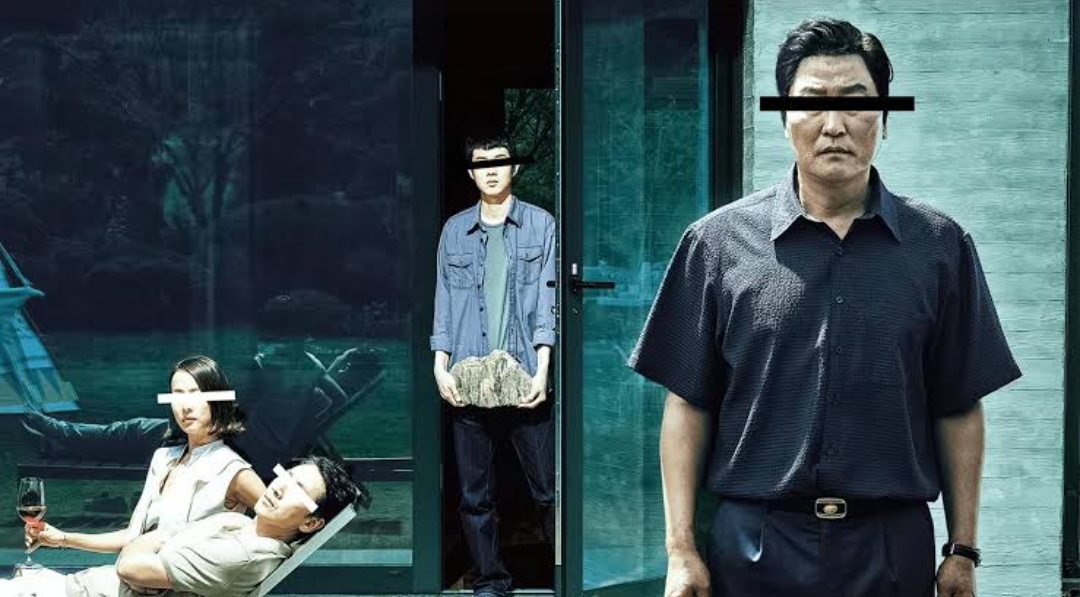 The movie depicts the story of a poor young man, Kim Gi Woo, who lives with his poor and unemployed parents and a younger sister in a semi-basement. When his friend, Min Hyuk was about to leave the country to study abroad, he asks Kim Gi Woo to replace him as a tutor of a high-school girl belonging to a rich and affluent family. Kim Gi Woo meets the Parks and the lady of the house, Yun Gyo accepts him as her daughter’s tutor but gradually, he makes all of his family members get employed at the Parks’ by hook and crook, taking advantage of Yun Gyo’s innocence. However, the house is full of secrets and as they begin to work there, they start getting disclosed one by one.

The movie consists of a lot of symbolism and is a satire to the system of the society. The acting of the lead actors, the cinematography and the score, everything has done justice to the original plotline. No wonder the movie, Parasite has been awarded with an Oscar for Best Pictures, and has been received eight minutes of a standing ovation at The Cannes. You can check it out online on Netflix, Prime Video and Hulu.

The movie depicts the story of a mentally impaired father, Lee Yong Gu and his six year old daughter, Ye Seung, living in a run-down house. Although Yong Gu’s mental age is no better than his daughter’s age, he loves her a lot and even enters into an argument when the police commissioner buys the last Sailor Moon backpack before him which he wanted to gift Ye Seung. Later, when the commissioner’s daughter takes Yong Gu to another store selling the same backpack, she dies in a freak accident. When Yong Gu attempts to rescue her by performing CPR on her, a woman witnesses him and assumes that he has assaulted her sexually and murdered her. Yong Gu gets imprisoned for abduction, murder, and assault of a minor and is assigned to Cell No. 7, which is the harshest cell in the prison. 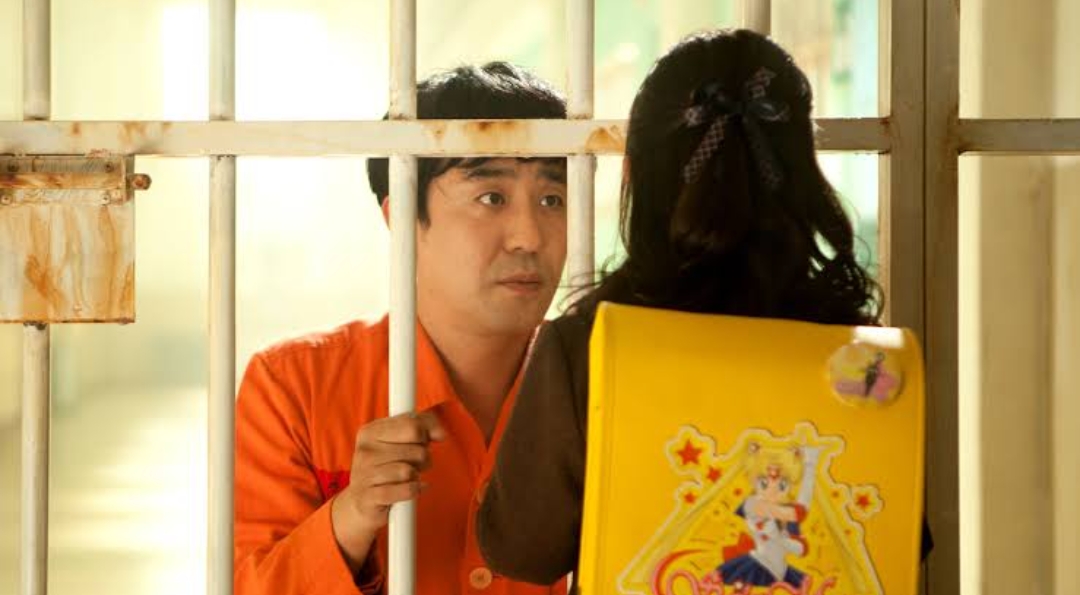 The movie has been inspired by the true story of a man who gets tortured and falsely proven guilty for the rape and murder of a girl aged-nine in Chuncheon, before he finally gets exonerated after thirty-six years. The movie succeeds in showcasing the relationship between a father and his adorable daughter, irrespective of his mental health. You can check out this movie on Netflix and Prime Video where it is available with English subtitles.

Read: 12 Asian Dramas You Need To Watch If You Loved Watching Meteor Garden (2018)

This romance drama movie narrates the story of a former boxer, Chul Min, who, after closing his heart away from the world, works as a parking lot attendant. When he comes across Jung Hwa, a visually impaired young woman, her bright smile and positive outlook for the world even in a state of difficulty astonishes Chul Min who creates a ray of hope into the lives of both the individuals. However, their persuit of happiness seems short-lived as Chul Min is slowly going blind. 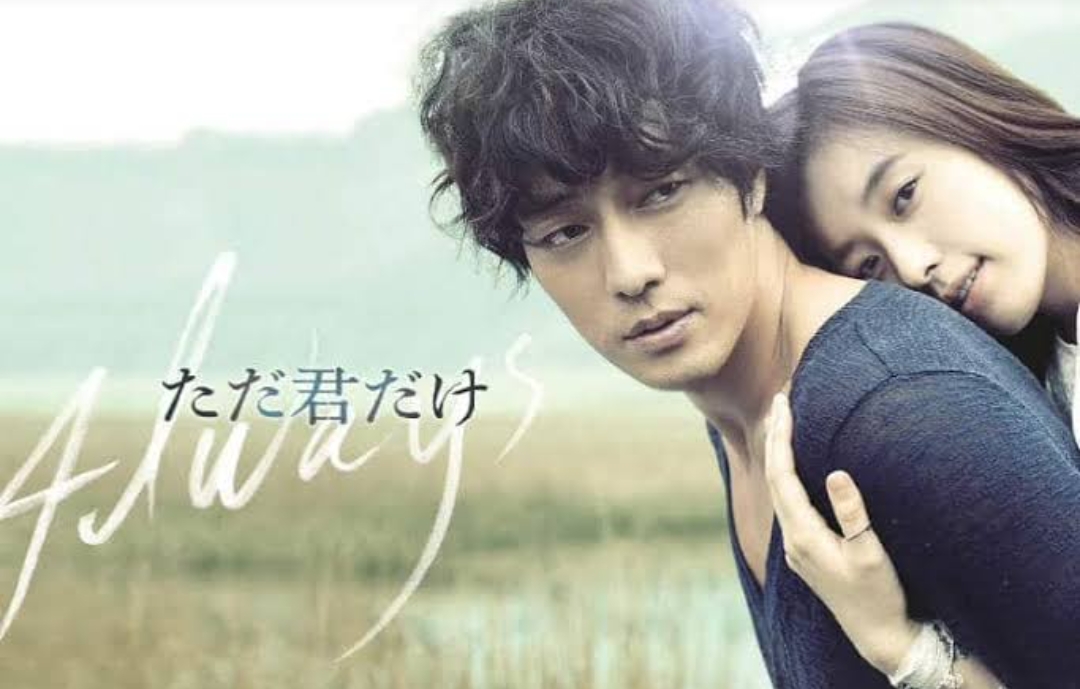 The movie has been remade into several languages including Turkish, Kannada and Hindi. ‘Always’ is a wonderful example of heart-wrenching and touching movie, and the amount of emotions it has succeeded in delivering is beyond words. The portrayal of the character of Jung Hwa is indeed amazing and the way the movie depicts the concept of raw but intense love is rare and beautiful among romantic Korean films. You can watch the movie online on streaming platforms like Netflix and Prime Video.

Inspired by the 2001 Japanese TV series titled, ‘Pure Soul,’ the movie revolves around the theme of the grief and agony caused in a relationship due to Alzheimer’s disease. The movie centers on a 27-year-old fashion designer named Soo Jin and a carpenter named Chul Soo who dreams to become an architect. After a few coincidental meet ups, Soo Jin falls in love with the man and a strong relationship develops between the two of them as they get married. However, they did not anticipate the arrival of an incurable disease which forces her to separate ways from Chul Soo. 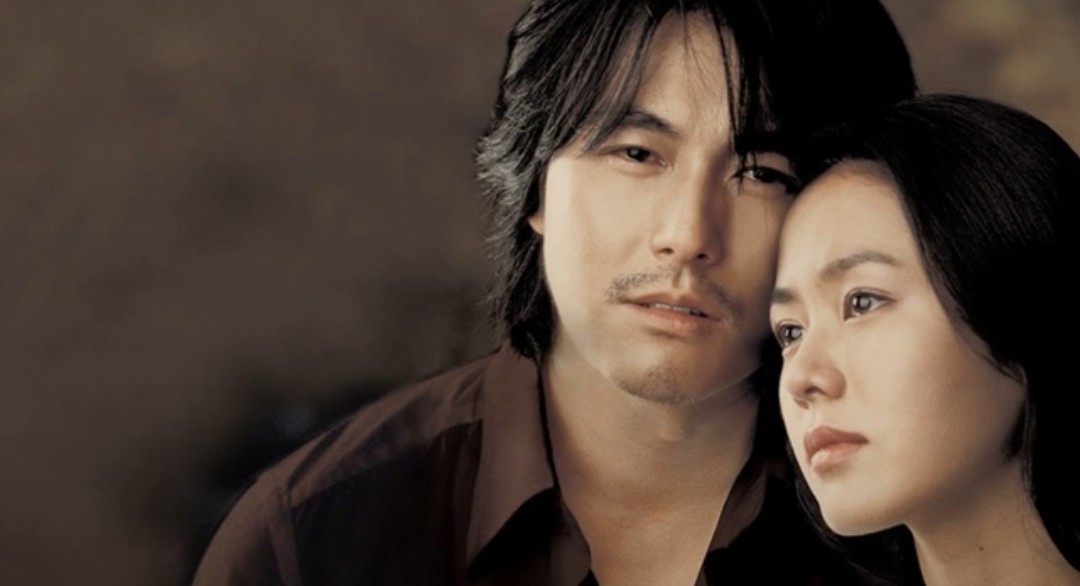 The movie was a huge success because of its beautiful plotline and the way the movie makers handled the concept. Moreover, the performances of the actors have been praised widely as well. An amazing portrayal of emotions, ‘A Moment to Remember’ is a movie that will leave you teary-eyed with a smile of your face. The movie has inspired several films and television shows in various languages including Hindi, Malaysian and Turkish. If you haven’t yet watched it, look for it on Prime Video and Netflix.

Silenced tells the story of a new art teacher of Gwangju Inhwa School, Gang In Ho, who has been appointed especially for hearing-impaired children. Although he is willing to teach his students with care, the children seems distant and aloof, and try their level best to avoid running into him. When the kids finally get comfortable with him, he comes to know about the shocking and ugly secret of the school staff and how the students have fallen a victim to their ill-doings. 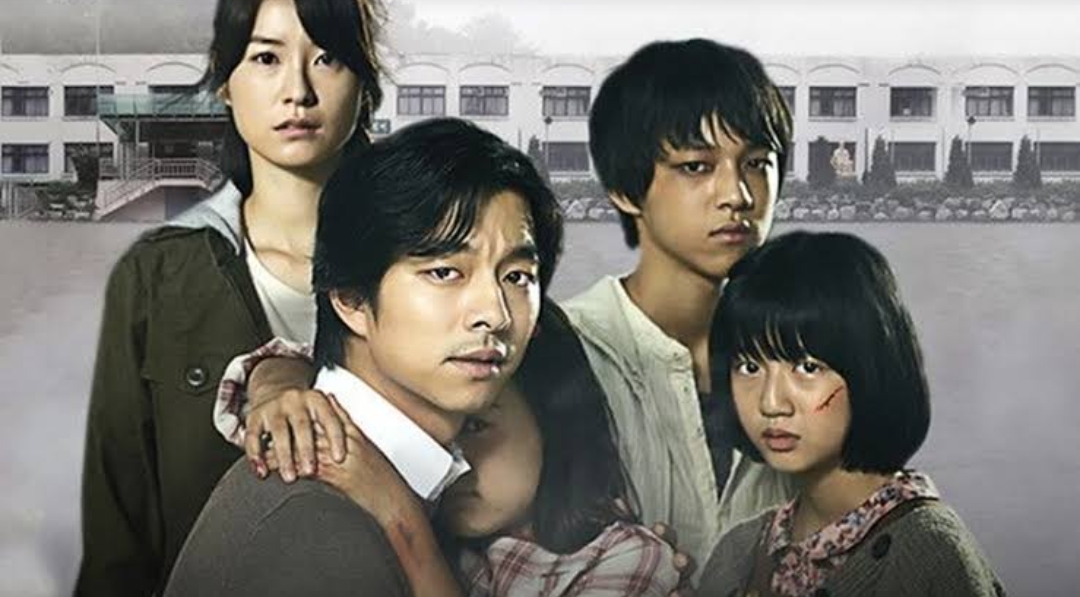 The movie has been inspired by a novel by Gong Ji-young, titled, ‘The Crucible’ which is, in turn, based on the events taking place at Gwangju Inhwa School with deaf children who were tortured physically with sexual assaults by faculty members for five long years in early 2000s. The movie covers indeed an important subject and has even helped real-life victims to seek justice. The film is dark and violent and definitely not for everyone. The sense of anger, sadness and numbness that it brings into the viewers while watching the movie do not let them get over the movie. The performances of the children, their gestures and expressions are more than amazing and will leave an impression even years after watching it. Check it out on Netflix, Prime Video and Viki.

The movie depicts the trauma of a a girl named So Won who gets assaulted sexually on her way to school by a drunk stranger, giving her several internal injuries. Although the physical wounds can get better if she undergoes some major surgeries, it’s her emotional wounds that are more difficult to be healed. Her family falls apart as her parents go through the feelings of pain and anger. So Won develops PTSD since the day of trauma and mistakes her father as the attacker, refusing to speak or talk to him. Although her father gets heartbroken after this, he succeeds in staying by her side by hiding inside the costume of So Won’s favourite cartoon character. 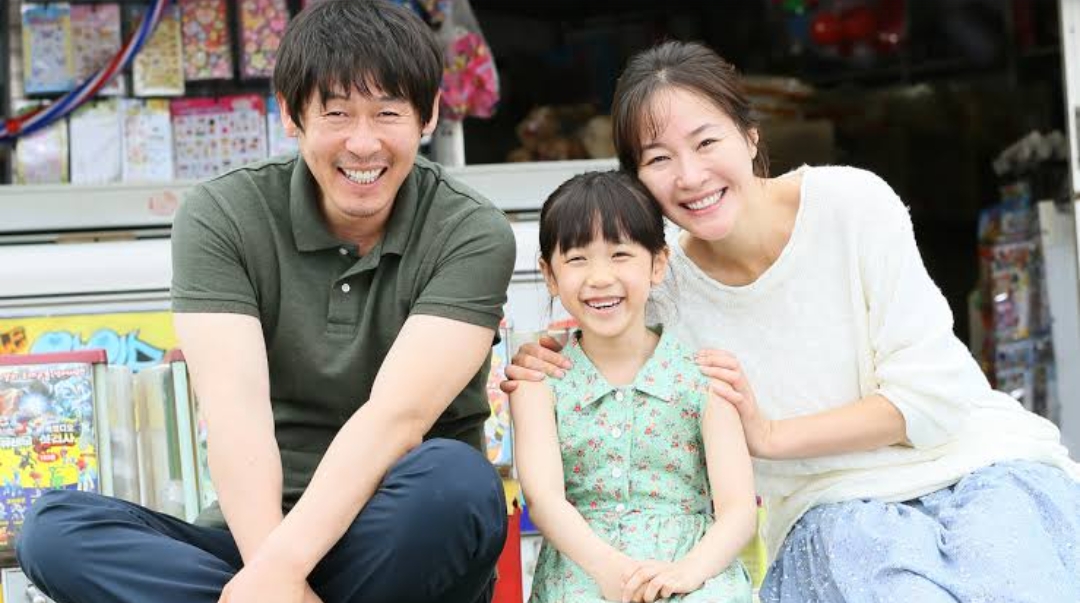 The movie has been inspired by a true story of a 8-year-old girl, named Na-young, who was sexually abused by a 57-year-old man in 2008 in a public toilet, and was sentenced for a 12 years of confinement only. This caused outrage in the country because of his brutal crime history and records of physical as well as sexual violence. The storyline of the movie has been presented in an apt way. Moreover, it is beautiful how the movie makers have showcased the healing of the girl’s scars, both physical and mental, with the help of a psychiatrist and a cartoon character. You can check out the movie on Netflix and Prime Video with subtitles.

Read: Top 10 Asian Dramas You Should Watch If You Are A Beginner