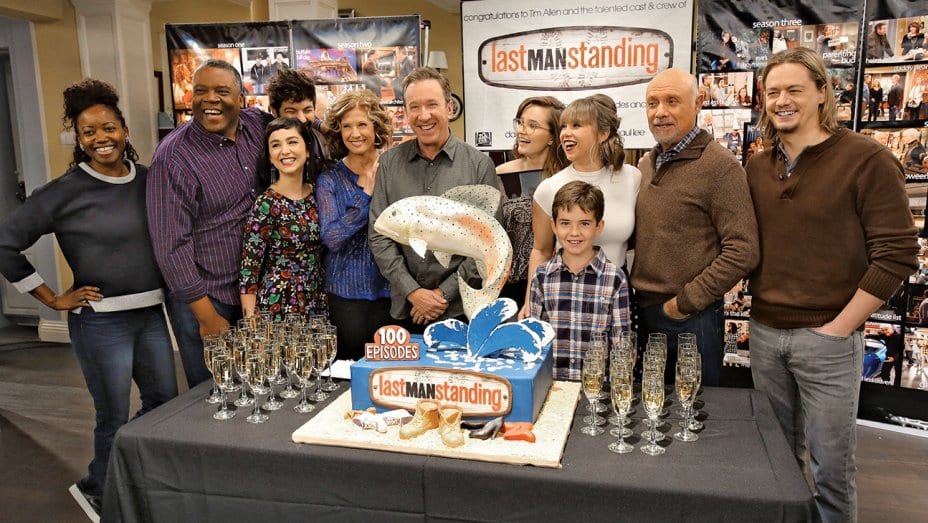 Last Man Standing is a sitcom which features Tim Allen. The show has got seven seasons in total, and it will be looking to expand further with the eighth season. The show will be moved from Friday nights for the new season (if it is renewed). The show hasn’t been renewed for its eighth season yet, but it looks very likely that the night season will be coming out.

Charlie Collier, Fox Entertainment boss, mentioned that the show would continue beyond the seventh season and they have to find a new time to air the show as WWE moving to Fox in the 2019-2020 season. Every season of Last Man Standing has aired in the fall, and there is no reason for us to believe that it will change for the eighth season.

According to sources, Fox’s new deal with WWE means that it will be airing new episodes of SmackDown Live starting Friday, October 4. So, the new season will be shifted to a new night.

Last Man Standing began airing on Tuesday nights on ABC back in 2011. After the first season, every season aired on Fridays. After seeing the performance of the show, it was clear that Last Man Standing was attracting a lot of audiences.

Fox has a history of shuffling the shows around and canceling the show. It’s pretty apparent that the show won’t be canceled until the 8th season is finished. They wouldn’t have shifted the show to another time.

The main cast of the show is expected to return for the eighth season of the show. Here is the possible cast:

So fans are curiously waiting for new developments, but all they are getting is disappointment. They are trying to see the show return ASAP, but it looks like that isn’t the fate. The show is being pushed to 2020, as Fox has officially announced that the show is out of Fall 2019 lineup.

Initially, its Friday slot was given to WWE, but fans were not concerned as they wanted the show back, even if it is not in their favorite time. But now it looks like the fans will have to wait for a while before they see the comedy sitcom back. Tim Allen also commented on the slot change of the show, here is the tweet of him!

In NYC at the Fox Network upfronts.
Big news and kinda cool they are moving LMS to Thursday. So after football Thursdays are done they are teeing us up for a big Thursday comedy night.