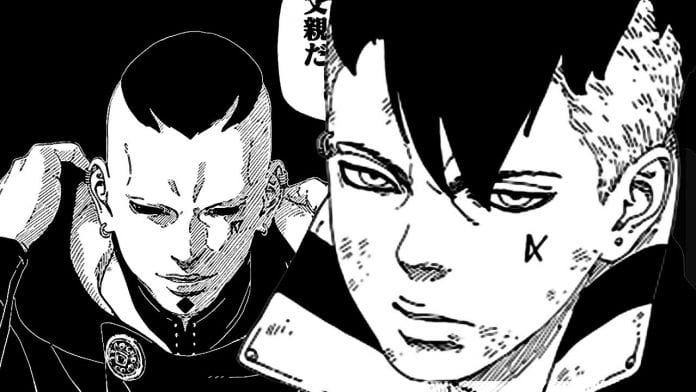 Boruto Chapter 36 came out officially yesterday, and it was yet another mind-blowing chapter, in my opinion. I really enjoyed the bit of character development we got for Kawaki and it was great to see Boruto Uzumaki and the others for bits of the chapter as well. However, the main thing about chapter 36 was Jigen and his entry into Konoha and we’ll see more about that in Boruto Chapter 37.

Apparently, he can use Kawaki’s Karma as a portal to go to where he is because their Karma are connected. As soon as Jigen got there, Into communicated with Naruto, telling him that it’s a strange entity and sending the support of the Konoha Police as well. Naruto resorted to dealing with Jigen alone and the two finally clashed with kicking each other once each. With that, Naruto Uzumaki’s fight against Jigen begins and we’re entering a new Boruto arc, it seems. So, let’s talk about Boruto Chapter 37 now.

READ:  The Marvelous Mrs. Maisel Season 4: Release Date, Renewal, Cast, and All We Know So Far

Boruto Chapter 37 will be focused on Naruto Uzumaki’s fight against Jigen, the leader of Kara. The main thing to note about this fight is that Naruto is, yet again, restricted. He cannot go all out against Jigen because will end up destroying the village if he does and that’s a big advantage for Jigen. Taking this into consideration, I think the fight will be heavily in Jigen’s favor and Naruto won’t be able to stop him from taking Kawaki.

This is where I think Kashin Koji and Sasuke come in. The arc after this will be a Kara raid arc. We will see the big Shinobi from Konohagakure attack Kara and they will do so with the help of Kashin Koji, in my opinion.

At Kara’s base, Naruto can go all out without fearing anything and will actually be able to fight much better against Jigen and possibly even defeat him. Koji’s motives remain unclear but one thing that got confirmed in the previous chapter is the fact that he’s not loyal to Jigen and was just keeping a check ok him.

I’m very excited for the next chapter of Boruto, and I’m sure that you guys are as well. Boruto Chapter 37 will drop in next month’s issue of the Vjump magazine. The release date for it should be around 19 August 2019.

Amrit Chatterjee - January 12, 2020 0
Stephen King's latest novel turned miniseries, The Outsider hit the screens today, and fans of his work are looking forward to seeing how he...