One Piece released One Piece Stampede back in August. The movie has been labeled by the fans as the biggest movie in the One Piece history and quite rightly so. The movie has tons and tons of awesome characters in it. From Luffy to Lucci, you name it. The movie has Crocodile and several other antagonists joining arms with Luffy to defeat Douglas Bullet.

Considering the hype of the movie, the anticipation over the online stream is a lot as well. One Piece fans who didn’t get a chance to watch the movie in the theaters are waiting anxiously for the online release. So far, there is no word about the online release of movie. There might be some cam prints that may be available to watch. However, I don’t think one should ruin their experience by watching the low-quality prints. 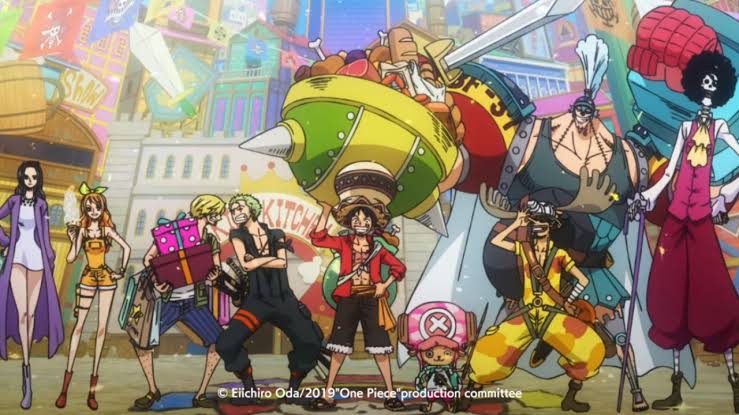 One Piece Stampede is a non-canon movie according to the synopsis. So, if you watched the movie, you don’t need to compare to the ongoing series. Stampede is supposed to be a standalone movie. One Piece community has always loved to start paltry debates over next to nothing. Even if you tell them that it is a non-canon movie, they will start a debate.

Anyway, there is no information on the online stream currently. But, we are expecting it to come out once the DVD and Blu-ray are released.

Here is the synopsis—
“The movie takes place during the Pirates Expo, “made by pirates, for pirates”, where pirates all over the world, including some of its most infamous ones, join in for a big treasure hunt to find a lost treasure, this time the treasure belonged to none other than Gold Roger!”