WWE 2k20 is almost upon us now, and it is time to get excited for a fresh experience once again. That’s right folks, it’s that time of the year again. We’re very excited about WWE 2k20, and we’re certain that you’re as well, which is probably why you’re reading this post right now. In this post, we’ll be discussing everything that we know about WWE 2k20, and without wasting any more time, we’ll get started now. 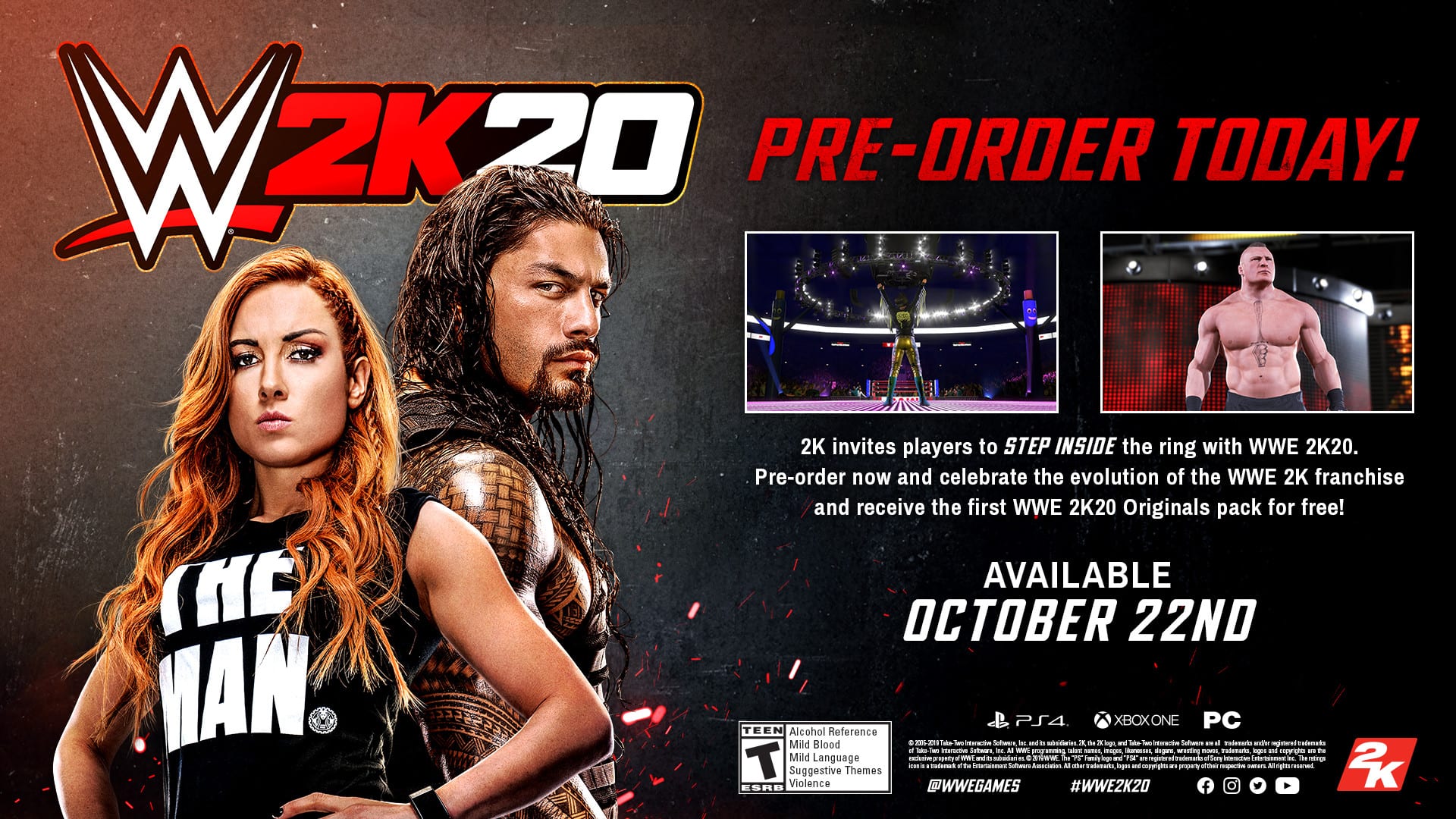 So, first things first, we finally got a decent trailer for the game, and it’s something that has got us very excited. If you haven’t watched the trailer already, you can do so down below:

The trailer features a bit of gameplay, but not really enough to call it a gameplay trailer. Although, we do get a nice look at the faces of characters such as Becky Lynch, Roman Reigns, Jerry ‘The King’ Lawler, The Rock, The Undertaker, and Hulk Hogan.

WWE 2k19 was treated with a lot of criticism because it hardly added anything different to the game coming on the back of 2k18. We hope that the same isn’t the case with WWE 2k20.

As far as the update for this game goes, it’ll be out on October 22, 2019. As you can see, there’s not a lot of waiting left to do now, so we’ll find out if the game is worth playing or not very soon.

WWE 2k20 will be heading to PC, PlayStation 4, and Xbox One.

Are you excited to play WWE 2k20? Let us know your thoughts in the comments section below!